A slice of sophisticated 1920s Paris arrives to the CBD with the opening of Little Felix.

The Merivale Group announced only a few months ago that they were adding four new venues to their perpetually growing empire, and now the first of four has officially opened its doors. Adding a slice of sophisticated 1920s Paris in Sydney’s CBD is Little Felix.

The baby sister venue to Felix Bistro and Bar, Little Felix is perfectly designed for a pre or post dinner tipple and cheeseboard, served up with the same theatrical flare seen in 1920s Paris.

Step into the dark and moody interior and take your pick from a selection of classic cocktails. Taking their cues from the great Parisian bars of the early twentieth century, you’ll find an 8 strong line up of tipples to taste your way through. 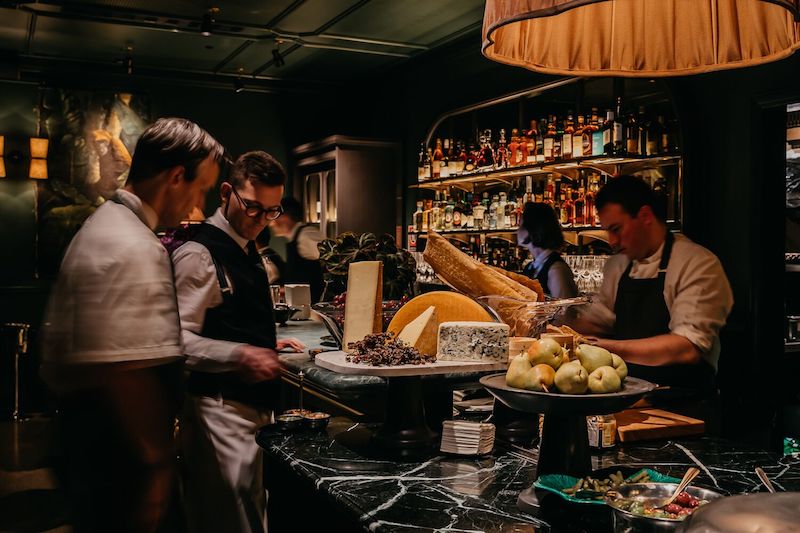 Sommeliers MS Franck Moreau and Jean-Charles Mahe have curated a French-centric wine and champagne list, with several champagnes served by the glass poured from magnums. How very luxurious.

Complimenting the French wine list is a simple selection of charcuterie, cheese and tartines, intended to whet the appetite.

Designed as a collaboration between Justin and Bettina Hemmes, leading design firm ACME and stylist Amanda Talbot, Little Felix is the first of four new bars and eateries to open in the ivy laneways this year.

Coinciding with the opening of George Street’s multi-million-dollar pedestrianisation and the City of Sydney’s push for a 24-hour CBD, ivy will also see the launch of a new Middle Eastern concept on George Street and a Totti’s-inspired Italian eatery and bar on Palings Lane later this year.