Heaps Gay is Throwing an Epic Street Party in Marrickville

The streets of Marrickville are set to transform into a glitter and groove haven on Saturday 20th January, with the return of the fantastically flamboyant Heaps Gay Street Party. Kicking off at 12pm and running until late, Garden street will be facilitating all the summer vibes, with live music, DJs, performances, visual art, drinks plus inner west foodie stalls.
Presented by FBi Radio, you know you’re in for a treat with live performances provided by Cakes Da Killa (NYC) plus renown Aussie artists Touch Sensitive (Future Classic) and Okenyo (FBi SMAC Award Nominee).
Accompanying this will be a smorgasbord of DJ sets from the likes of Lorna Clarkson (2Ser) along with Pink Noise (Bondi Radio), Lovebombs, Bare Necessities, Charlie Villas, Ayebatonye, HipHopHoe and a talented crew provided by Koori Radio. 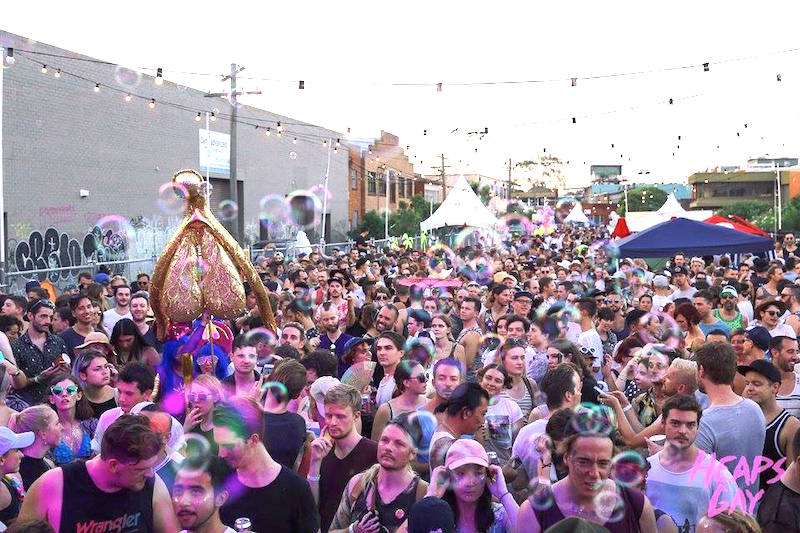 A pop-up bar will keep your thirst quenched on the day, with the likes Young Henry’s and AGWA providing the summer ready refreshments. Those looking for something a little stronger can also dabble in Absinthe Green Fairy which will also be poured for the adventurous on the day.
With the street party located in what can only be described as in an inner-west foodie wonderland, it only makes sense that the likes of Newtown’s Bloodwood, Continental Deli and smoked meat lords Porteno will make an appearance, dishing up their signature eats to keep you nourished and grooving. Taking the humble icy-pole to new heights is The Ice Apothecary, who will be serving up their speciality paletas aka Mexican-inspired frozen treats.
Tickets to this event are selling fast. To avoid disappointment, grab yours by clicking here
DETAILS
Heaps Gay Street Party, Marrickville
When: Saturday 20th January, starting 12pm and running until late
Where: Garden St, Marrickville
Price: early bird $34 and general admission $43.80