WIN Tickets to Shakespeare By The Bay

Two plays, both alike in author, in fair Watsons Bay, where we lay under the old oaks, for Shakespeare by the Bay – an evening of love and romantic deceit.
– William Shakespeare (aka Hannah Crosby) 2017.

Rest upon one of Sydney’s most iconic shorelines for Shakespeare by the Bay at Robertson Park happening between Thursday 20th and Sunday 23rd. Watch the works of the greatest writer in the English language unfold against the picturesque setting of Watsons Bay.
Usually a destination for sun-lovers and cocktail consumers, this Watsons Bay location has opened to a whole other culture. Rather than wrapping up for winter hibernation, Shakespeare by the Bay has found a way to use these early darkened nights. Returning for the third year, this collaboration of Bard On the Beach, Watsons Bay Boutique Hotel and the Woollahra Council have a whole new agenda. In 2017, Shakespeare by the Bay have taken a whole new meaning to a night under the stars. Star-crossed lovers will traverse the stage in a performance of Shakespeare’s most renowned play – Romeo and Juliet. Can’t take the sappiness of this classic? The Merry Wives of Windsor will also be performed – a comedic combination of desire, deceit and devious minds. 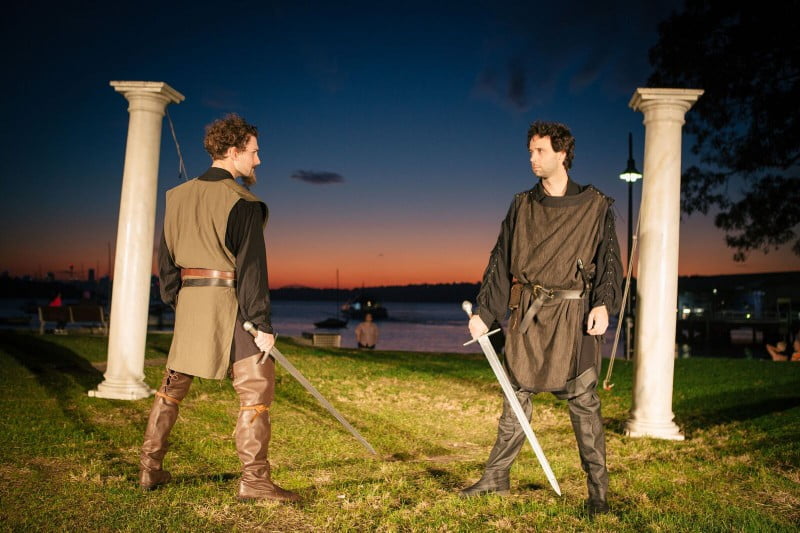 Experience Shakespeare like never before, with the Sydney city skyline sparkling along the horizon. Lay out your picnic mats, layer them with as many pillows and blankets as your Shakespearian heart desires. For an even fancier affair, order a take-away picnic basket courtesy of Watsons Bay Boutique Hotel. For $65, the picnic for two includes: a selection of olives; grissini and dips; spinach and feta frittata; pesto roast chicken pasta salad; artisan stuffed baguettes; orange and almond cake; and, seasonal fruits. Add even more intrigue to battles of love and hate with a bottle of bubbles available at the bar on location.
There’s one thing left to say about Shakespeare by the Bay. Usually, there would never be a cause to step out at Watsons Bay Boutique Hotel in your trackies and hoodie. However, this is totally okay at Shakespeare by the Bay. Get ready for a cosy night lazing out on the Robertson Park grass. Eat delicious treats, by the sea, while the words of Shakespeare are recited to you from a stage set against the Sydney skyline. 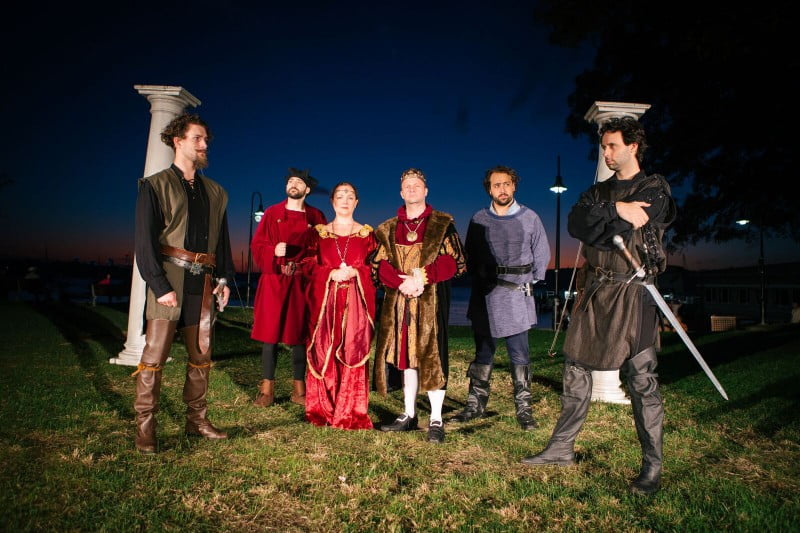 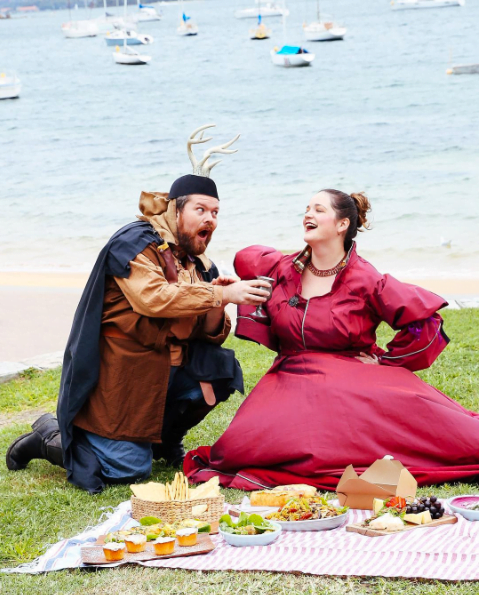 In celebration of Shakespeare by the Bay, we are giving away two double passes to either Saturday 22nd (The Merry Wives of Windsor at 7.30pm) or Sunday 23rd April (Romeo & Juliet at 6.30pm). Included in this prize will be a picnic for two. To enter, follow @eatdrinkplaysyd and @watsonsbayboutiquehotel on Instagram. Find the picture above and comment your answer to the following question:
If you were to be any Shakespeare character, who would you be and why?
Be sure to tag the person you would love to bring along to Shakespeare by the Bay. Winners will be announced on the morning of Friday 21st April, just in time for you to prepare for your Shakespearean evening. Start collecting your picnic blankets and cosy comforts for the ultimate set Shakespeare by the Bay set up.