Old City is the new kid on the block. Having opened just over two months ago, Old City Kitchen & Bar is the newest Middle Eastern inspired restaurant to open in Newtown. Joining Inner West favourites like Shenkin’s Kitchen, Sultan’s Table and Pashas, Old City Kitchen & Bar sets itself apart with a modern, airy open plan venue. Housed in an old bungalow, the restaurant is decorated with exposed lights and colourful tiles and features a small outdoor terrace. 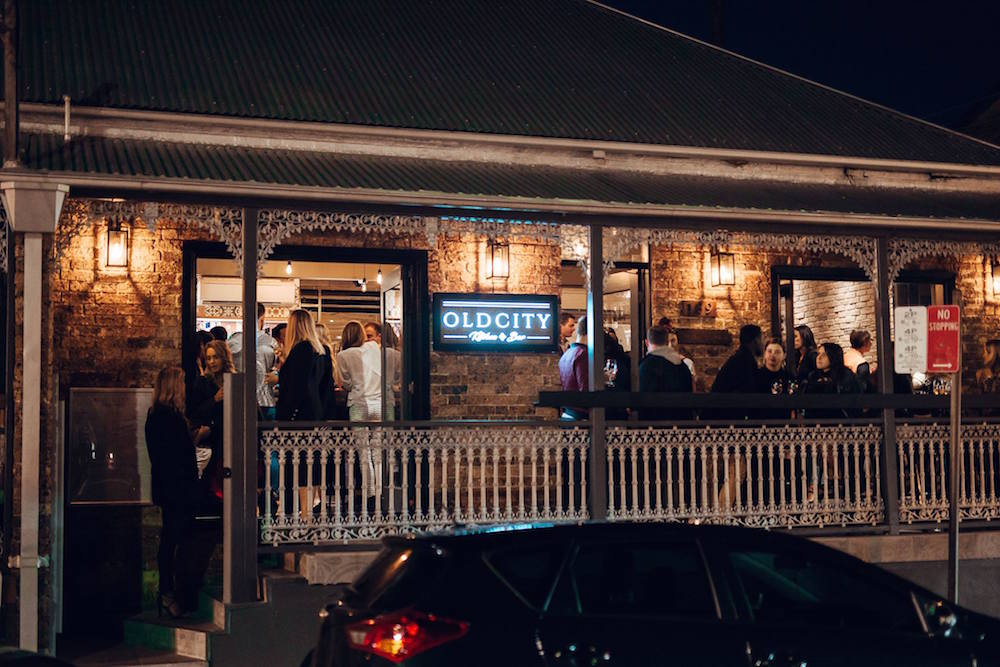 As you would expect from the team behind Lil’ Darlin bar in Darlinghurst and Surry Hills, Old City has a great selection of wines, beers and cocktails served from a well-stocked marble top bar. 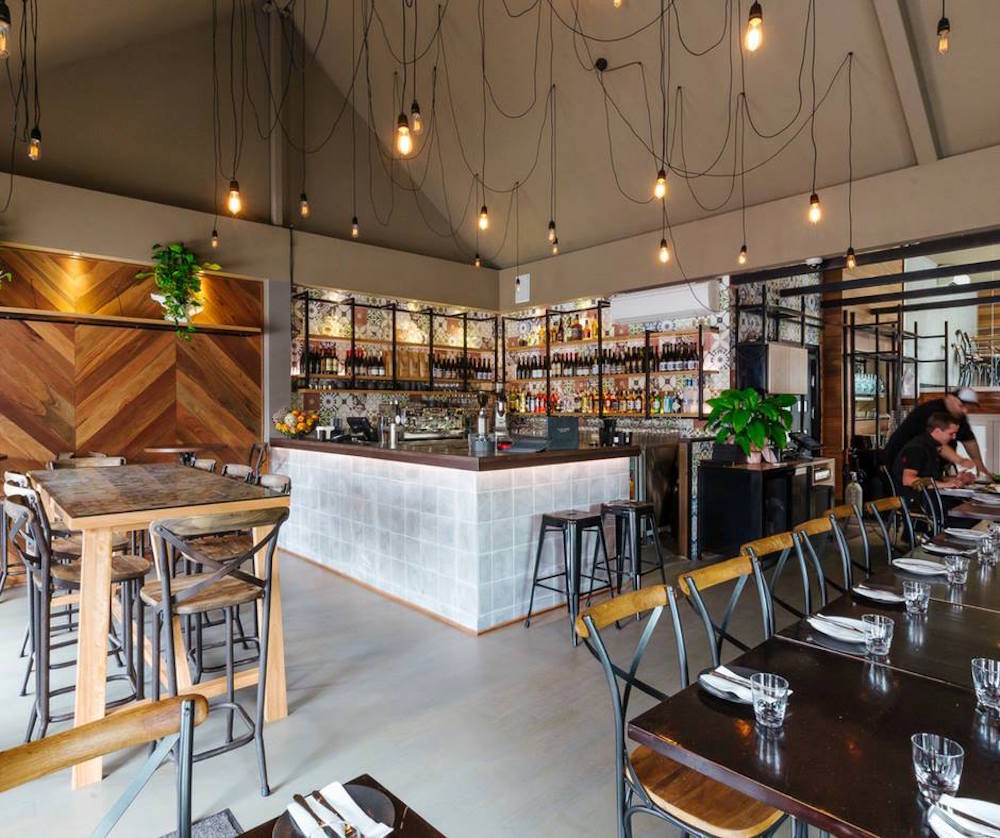 The menu at Old City is a culinary combination of tastes from Israel and its surrounds. Also known as the Levant region, this area covers the Mediterranean part of the Middle East and includes countries like Jordan, Lebanon, Israel and Palestine.
We tried our best to have a taste of everything! 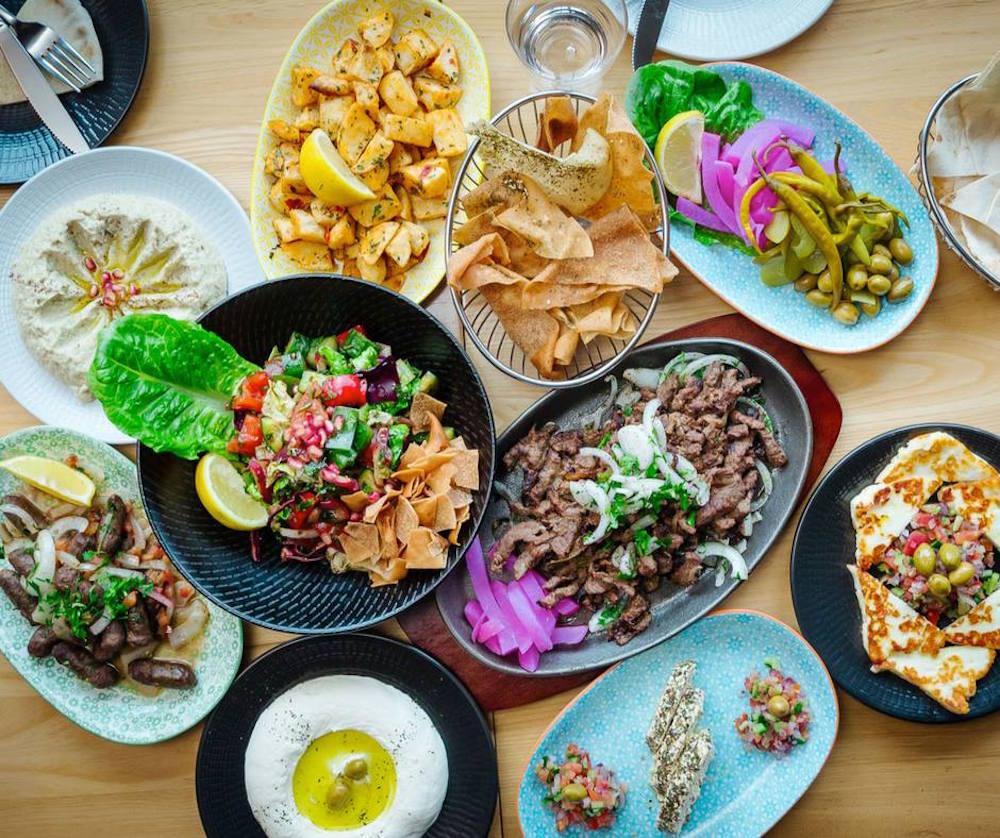 To start, we had some classic dips including hummus ($11) and a smokey baba ghanoush ($13) served with Lebanese bread and crispy fried pita chips. We also dug into some fried feta balls ($12) and lightly fried eggplant slices with fresh yoghurt and dried mint. 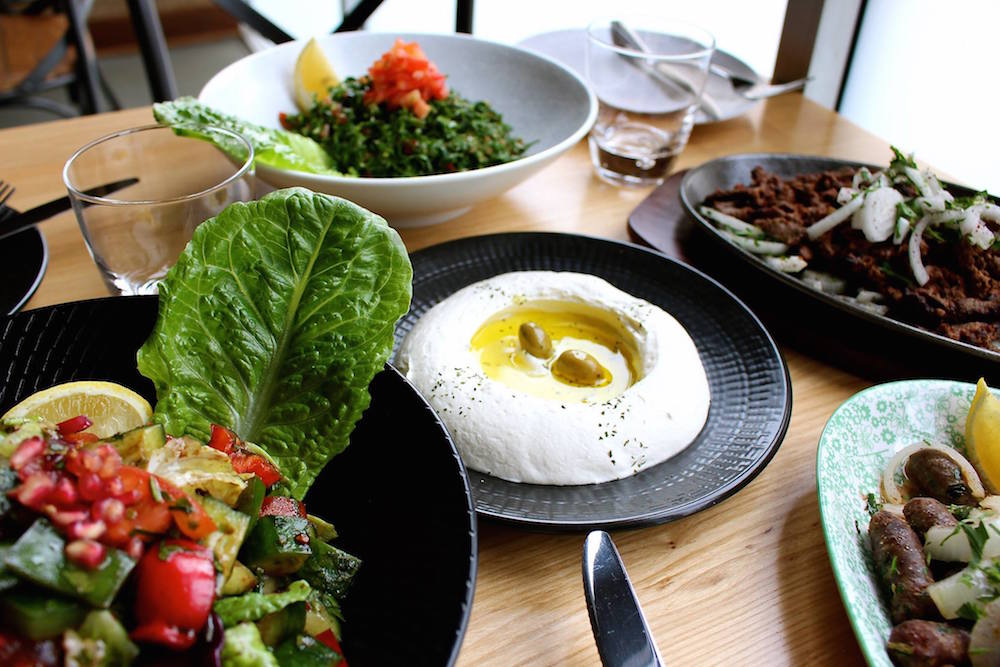 For mains, the chicken and lamb skewers were a favourite – marinated and cooked to perfection. We also tried the ‘Kousa’ – stuffed zucchini with rice, lamb mince cooked in a rich tomato base and the shredded lamb shawarma ($24) which came on a sizzling hot plate with onions served with tahini sauce and mixed pickles. It was all rounded off with a side of crunchy pan-fried diced potatoes mixed with fresh coriander, mild chilli paste, lemon juice and garlic. 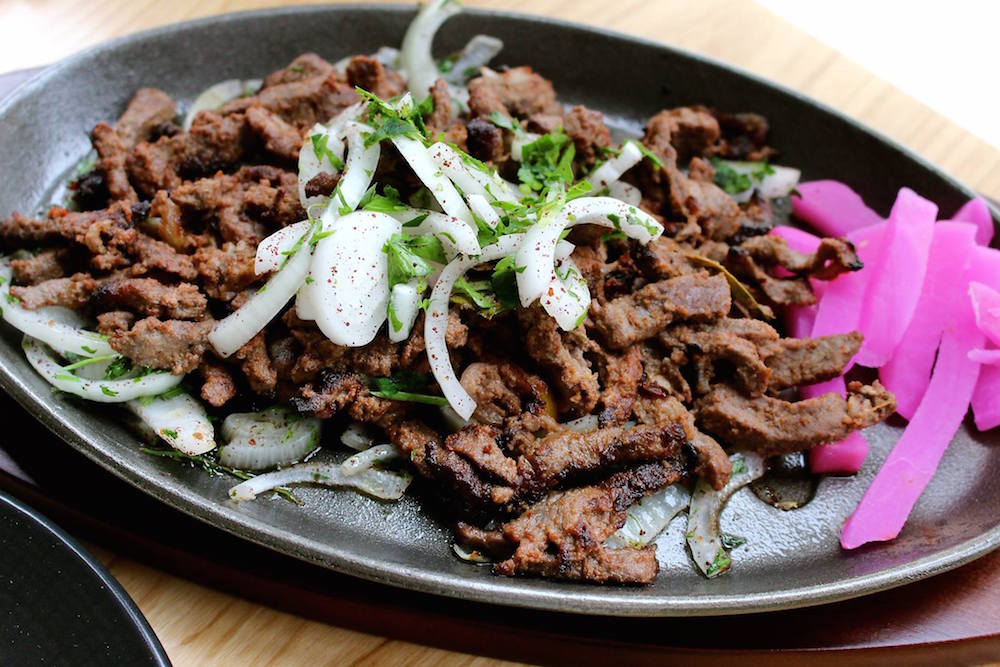 Another good option is the Old City platter for two ($45) which comes with hummus,baba ghanoush, tabouli, falafel, sambousek meat, four mixed skewers served with a side of tahini and pickles.
We couldn’t resist a bite of house-made baklava and another wine to round the night off.
Old City Kitchen & Bar
189 Missenden Rd, Newtown NSW 2042
02 9550 5558
Open 7 days 11am – 11pm, Sunday till 10pm
http://www.oldcity.com.au/