Little Fish In A Big Harbour 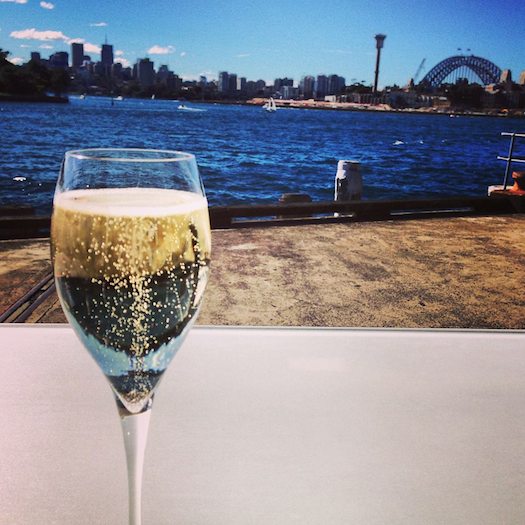 It’s no secret that the Flying Fish has perched on the Jones Bay Wharf in Pyrmont for more than a decade, and it’s certainly no secret that it delivers an inspirational menu filled with fresh seasonal seafood and produce, with an impressive wine list to match. But what IS a secret (at least to some) is the Little Fish – the trendy, hidden bar underneath the restaurant at the end of the wharf. But we’re guessing it won’t be  a secret for much longer – the gossip generated by the new Autumn cocktail menu is sure to blow this secret right out of the water.
Amongst the offerings on the cocktail menu are the Sticky Fig, Butter Me Up and the Bombay Blush. The Sticky Fig combines Appleton Rum, lime juice, fig liqueur and cinnamon syrup garnished with a dried fig and served in an old-fashioned glass. For the sweeter tooth, the Butter Me Up is a head combination of 666 Butter Vodka, lime juice, vanilla syrup and dark chocolate, finished with vanilla flakes and served in a martini glass. And for the sour-loving palate, the Bombay Blush boasts a mix of Bombay Sapphire Gin, Grand Marnier, cloudy apple juice, Orgeat syrup, egg white, Angostura bitters and orange bitters, swilled with a cinnamon stick and served in a brandy bloomer glass.
To temper the effects of your full-strength cocktail, there are refreshments available by the plate. The food has an Asian-seafood focus, and includes such tasty appetisers as freshly shucked oysters with lime and soy dressing, pakoras with mango chutney yogurt, popcorn prawns, snapper carpaccio, fish tacos and more. But it’s not just the food and drink that’s luring customers in, it’s the magnificent view of the sunset over the harbour that’s just one perk of the Little Fish’s prime location. You’ll pop in for a pick-me-up, but you’ll stay for the atmosphere.