The ol’ 1am kebab binge. We’ve all done it. We’ve shoved our face with shame and processed meat from a stick in a drunken haze at the tail end of a big night out. Did we make this kebab choice because of its nutritional benefits or it’s unforgettable flavours? NO. It was likely a) convenience or b) lack of ideas on where to eat in Sydney late at night.
I recently had the opportunity to take a late night tour with Chef Dan Hong (Executive Chef of Merivale restaurants Mr Wong and Ms Gs) who shared his favourite late night eateries around Haymarket. Located a short walk from Sydney’s CBD, Haymarket is home to Sydney’s Chinatown, Thaitown and Koreatown and is a booming business district. The name Haymarket was actually derived from the areas original use which was Sydney’s hay and cattle market in the early 1830s (a cool fact to whip out at a dinner party). Chinatown used to be on George Street in The Rocks, then Surry Hills before claiming it’s stake in Haymarket in the 1920s.
Today it’s home to many restaurants, five of which we visited on our Hongsta-Tour. 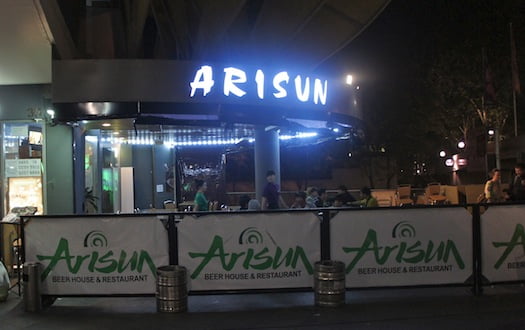 Our walking tour started at midnight at Arisun Beer House and Restaurant, the home of Dan Hong’s favourite late night crispy fried chicken. Order some soju cocktails to go with your chicken or a 4.5 litre draft beer to combat the spiciness of the pork bulgogi. A family owned business, Arisun offers diners a traditional Korean experience.
35/1 Dixon Street, Haymarket, Sydney (02) 9264 1588 Open 7 days 10:30 am – 2:00 am 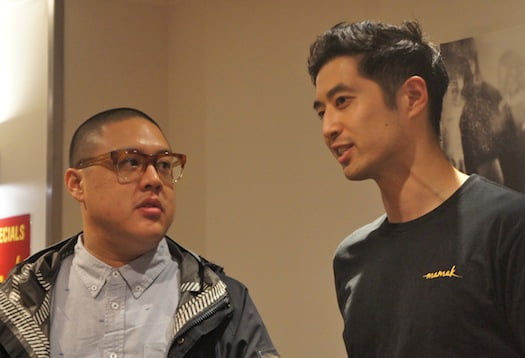 Ever driven down Goulburn Street and noticed a massive snake of people lining up outside one particular place? That would be Mamak. Sydney-siders don’t queue for much, maybe a free burger and of course Messina so the lines at Mamak speak for themselves. While hungry onlookers watch rotis tossed on hotplates before their watery eyes, we cut the queue (thank-you Dan Hong) and got seated straight away. Here you’ll find Malaysian street food including chicken satays and several different types of rotis- a must try.
15 Goulburn Street, Haymarket, Sydney (02) 9211 1668 Open 7 days including public holidays. No reservations lunch 11:30 – 2:30, dinner 5:30 – 10:00, supper til 2am (Fri & Sat) 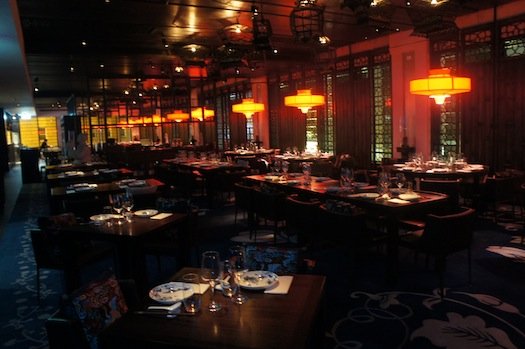 The new kid on the block, this restaurant has dropped some serious cash (to the tune of $7 million) on this multi level, modern Chinese eatery. Sydney-based chef John Rankin leads the kitchen team. The most exciting thing about Waitan is the customised peking duck wood fire oven. Needless to say, the thing to order at Waitan is the peking duck.
Level 1 & 2, 405-411 Sussex Street, Haymarket, Sydney (02) 02 8218 1000 Open 7 days 11am-12pm. 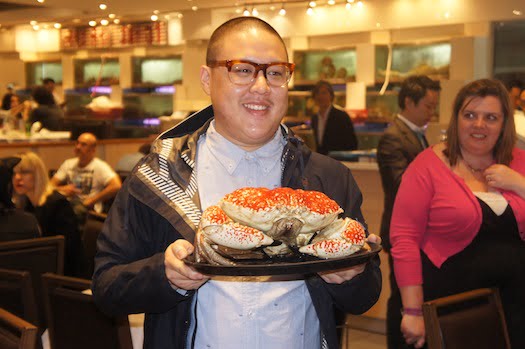 Ah, good old Golden Century, the place where chefs come when they knock off after work. Well, not just chefs, pop stars, actors and A-List celebs have all eaten at Golden Century over the last 24 years, even Lady Gaga! Here it’s all about crab and if you’re feeling flush I recommend ordering the king crab. It’s definitely a crowd pleaser!
393-399 -411 Sussex Street, Haymarket, Sydney (02) 02 9212 3901 Open 7 days 12pm-4am. Now open at The Star also. 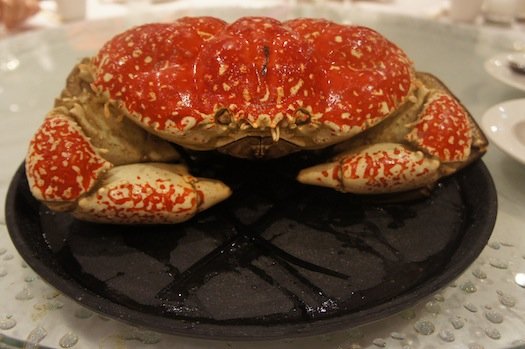 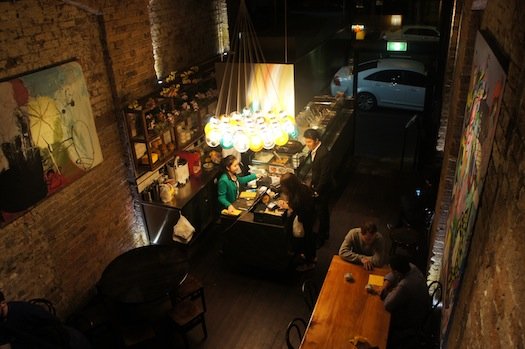 Owner of Chat Thai chain, Amy Chanta moved to Sydney from Thailand in 1989. It was her dream to share authentic Thai, home-cooked style food with her new adopted country. She started Chat Thai. Fast forward 25 years and you can find a Chat Thai restaurant in Haymarket, Westfield Sydney, Manly and Randwick. The savoury dishes are great at Chat Thai but I recommend trying the dessert menu. Sticky rice with mango and banana fritter – bananas lushly coated in rice, coconut milk and sesame seed batter are just some of the tasty dishes on offer. Amy and her family are about to open a new Asian grocery store in Haymarket called Jarern Chai Asian Grocer. Stay tuned.
20 Campbell St, Haymarket, Sydney (02) 9211 1808 Open 7 days 10am- 2am


With tips like these there are no excuses for salmonella-ridden meat on sticks at 1am. Remember just one of Dan Hong’s recommendations and you can’t go wrong.