Taking over the basement space of 199 Clarence Street, Ginny’s Canoe Club offers a sneak peek of an even bigger project currently in the works.

The Team at Old Mate’s place waits for no man, or stock delivery as the case may be. Faced with unprecedented wait times on stock for an upcoming bar concept currently underway, co-owners Gabrielle & Andres Walters, Daniel Noble and Adam Cork decided not to let a silly little thing like stock delay them from delivering Sydney from yet another incredible bar experience.

While the team waits to unveil a new long-term bar residence on Sydney’s Clarence Street, they’re getting the party warmed up with a pop-up taco bar serving tacos inspired by flavours from around the world.

Chef Joey Astorga (ex-Cho Cho San and Smalls Deli) has jumped on board to help make this dream a reality. Taco fillings include; Jerk mushroom with salsa roja; Eggplant with sesame and creole sauce; and a signature Fishfinger taco with bonito mayo. Delicious bites will also be available late into the night, including a must-try saffron-marinated mussel tostada and a Zucchini flower quesadilla with habanero miso. 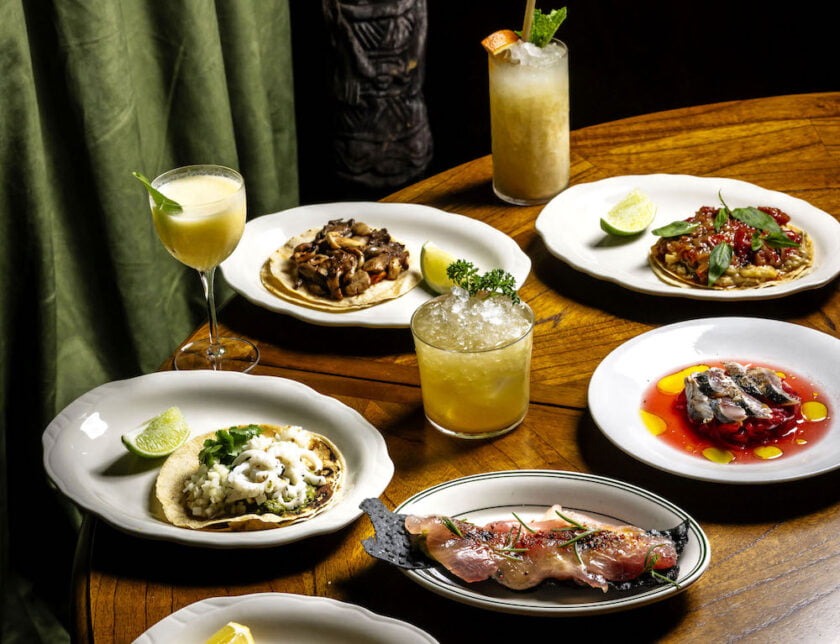 Guests can also expect a baller wine list and killer cocktails, designed to match the outstanding kitchen menu. The expertly crafted cocktail list mirrors the tour of flavours from around the world.

The pop-up is inspired by the role of food and drinks in forging connections, no matter where in the world you are. Named after co-owner Andrew Cork’s Mum, Ginny’s Canoe Club is a nod to her hospitality which has clearly been passed down a generation. Ginny’s eclectic tastes also lent inspiration to the venue fit-out – adorned with worldly items including an ancient Indian door, a Zambian chicken canoe, and Asian and European artefacts. The result is the rare kind of welcoming kitsch that just works, offering a welcoming and cosy backdrop to enjoy the world-class food and drinks.