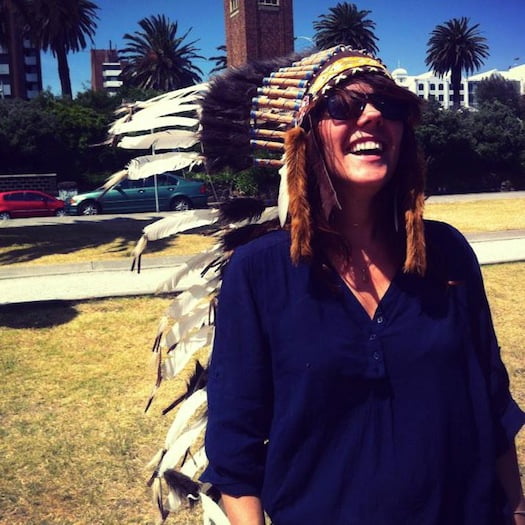 Everyone loves a little mystery in life. Surprise, intrigue and adventure are the foundations of a fun event. Add the elements of film, set design, costumes, actors and obscure locations and you have Underground Cinema. Having taken “the cinema out of the cinema” in Melbourne for the last four  years, Underground Cinema is a interactive experience that hit Sydney Town last year. Guests are completely unaware of where they are going until the day of the event or what movie they’ll be watching when they arrive. They are given a theme or era and asked to dress in character. Past films have included Lords of Dogtown and Children of Men. Underground Cinema joined creative forces with Secret Foodies earlier this year to bring to life the film Chocolat in a foodie meets film extravaganza. To find out more about Underground Cinema and all things secret in the world of film we caught up with Creative Director, Tamasein Holyman for a chat and asked her 10 questions.
1.    How would you describe Underground Cinema to someone who’d never been before?
It’s a live immersive world, where we have created the film’s atmosphere, set design costumes and actors, for you to play with. It’s a secret film, where no one knows the location or film title till the last minute. It’s about taking them on an adventure, pushing creative boundaries- becoming something you didn’t think you could be. It’s about being awake at a whole new level and expanding horizons.
2.    How did you come up with the concept?
Because no one else was doing it, there was a gap in the market where events were not unique, creative or detailed enough for me, so I wanted to create something that was beyond extraordinary, because that’s what I think people are looking for nowadays- a little bit of mystery and magic.
3.    Where do you see Underground Cinema in 3 years time?
Everywhere!
4.    What is your favourite movie of all time?
Tough, terrible question to ask! It changes, but at the moment it’d probably say Blade Runner, it changed my life.
5.    Where would we find you on a day off?
Probably watching a film somewhere cool like the Astor in Melbourne!
6.    Top 3 things you can’t live without?
Great food and wine, movies and books, and dear friends.
7.    Where is your favourite place to EAT when you’re in Sydney?
Buffalo Dining Club in Darlinghurst- I’ve just discovered the Carpaccio e Pepe- pretty friggen’ excited about it!
8.    Where is your favourite DRINK?
A beautiful big, quaffable red wine.
9.    Where is your favourite place to PLAY in Sydney?
Shady Pines Saloon
10. You’re sitting around your ultimate dinner party, which 5 guests (dead or alive) would be there
Cleopatra, Banksy, Mary Queen of Scotts, Steven Fry, Heston Blumenthal
To celebrate the next Underground Cinema event in Melbourne, SNOW, we are giving away x 2 double passes to their 2pm show on Sunday 26th May. To enter, tell us in 25 words or less your favourite thing to do when you see snow. Most creative wins.  Write your answers in the comments section below. Winners notified Thursday 23rd May. 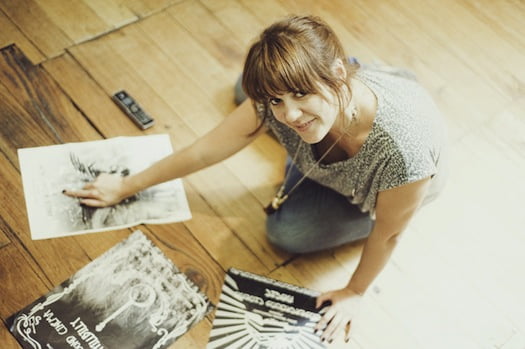