Beer Days has you covered for Father’s Day this September

Socks and jocks. The standard Father’s Day present that yes, every man needs but is it what they really want? Dad’s are usually quite sentimental, my own Father still has the macaroni covered tin pen holder I made him at age 5 sitting on his office desk. Bless. But this year I’ve found an alternative, something other than a homemade gift of pasta or ugly tie, something I think he’ll truly enjoy. Beer. And to help me deliver the ultimate beer experience I’m using a cool new service called Beer Days.

Beer Days was started in 2011 by two craft beer loving Aussie gents guys wanting to combine their love of good food, good mates and great beers. They began hosting boutique beer events for small groups and in 2013 they expanded. Since then, they have held dozens of events at some of Sydney’s best restaurants and in 2013 have launched their own Craft Beer Boxes.

They’re all about supporting smaller craft beer producers which is great for dads who enjoy trying different types of brews. They’ve also created a Beer Club to treat their members with a monthly or quarterly beer box, filled to the brim with top craft beers and tasting notes to delight and also educate the taste buds. Starting at $60.95, Beer Days has done all that tricky, dirty work, leaving you with a selection of the 9, 12 or 16 of the best (and limited edition) beers on the market to enjoy.

Beer Days Beer Boxes are made up of four different craft beers that change with every monthly delivery. Some of the stellar beers you may find inside your Beer Box include the seriously-impossible-to-find Lost Coast Indica IPA from California at 6.5% or the ‘Brewdog’ 5am Saint from Scotland at 5%.

You can also upgrade your subscription to include beer matched food and other fun, random gifts. Plus there are different special Beer Days Father’s Day gift baskets available to suit different types of dads from the sporty dad, surfy dad to the muso dad and more. 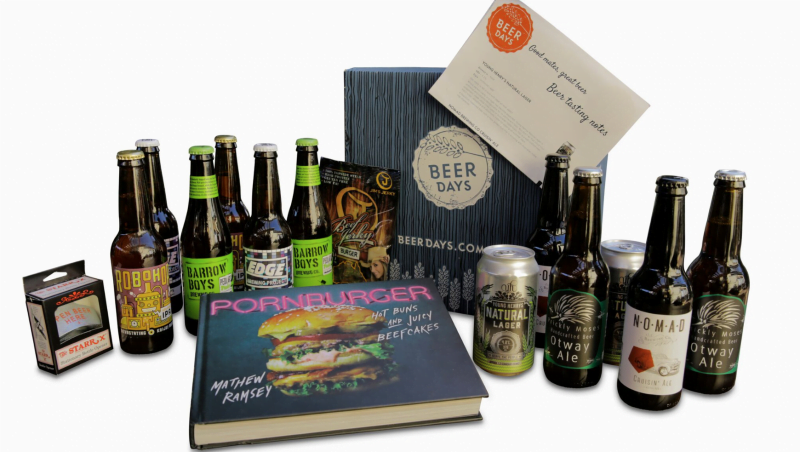 Valued at $150, the brewtifully put together gift box will include: