There’s a new bar sha-wing-ing into town and it’s here for a good time, not a long time.
Seasoned Sydney bartenders Ben Blair, Lee Potter Cavanagh and Reece Griffith are opening a temporary Wayne’s World themed pop-up bar in Paddington called Whisky Jerx. (Why has no one ever thought of this genius idea until now)?
The guys have transformed the basement level of The Unicorn Hotel into a space that is uncanny to the film with mis matched couches and random paraphernalia around the room.
The trio won Money Shoulder’s nationwide Ultimate Bartender Competition last year and were granted the $20,000 prize to create, market and manage their own popup bar.
Individually the guys have won a number of awards so it’s safe to say their combined years of bar knowledge is enough to make this place rock.
Whisky Jerx promises to deliver five house made sodas, quickfire cocktails and a small selection of spirits. We’re also told to expect “plenty of rock classics and a youthful exuberance that bleeds from the walls! Expect a fast, loud and fun night out with Wayne’s World”. 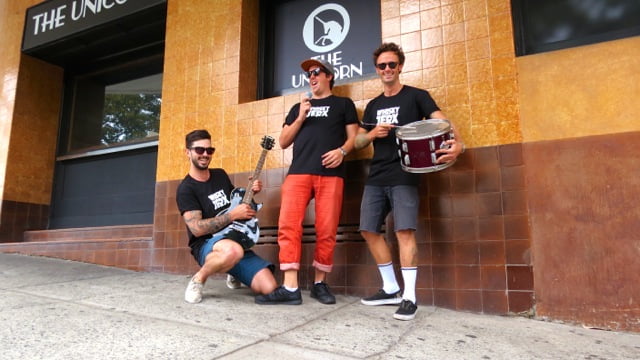