There’s a new dude hiding in one of Sydney’s alleyway. Have you met the Three Bottle Man?

Sydney’s once desolate laneways have been given the Melbourne treatment, as dead space transforms into a network of alluring passageways. From these chinks in Sydney’s main roads, the dull roar of people clinking glasses and socialising trickles out. It’s a sign of a whole new world. One which is adding some enigmatic flare to Sydney’s transforming bar and restaurant industries. Three Bottle Man comes as the latest addition to the CBD.
Situated just off Pitt Street in Bulletin Place, it marks a natural extension of the recently redeveloped Marriott Hotel. Modernity exudes from everything. Just look towards the long marble bench top or the natural wooden furnishings. A clean colour palate is exhibited not only through the beige tones on the walls, but the large wrap around couch inside. With a fairly tight interior, tables spill out onto the alley itself, evoking a classic alfresco dining experience. 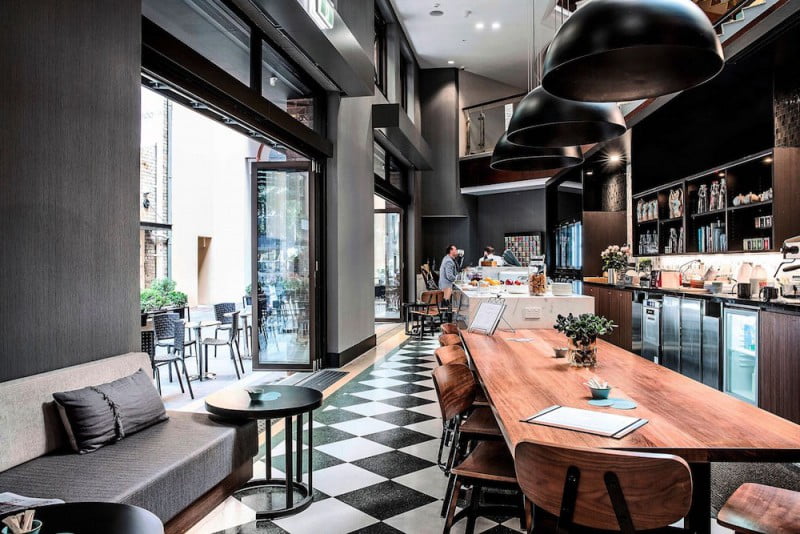 So where does the Three Bottle Man name come from? Apparently it stems from the late 18th century British Prime Minister, William Pitt. Legend tells us that he carried three bottles with him, all different liquors.
This quirky theme acts as the guiding force of this bar’s identity- with everything served in threes: three vodkas, gins, rums – the list goes on. It also applies to their wine and beer list. The idea being that they’ll change every month, potentially every week, according to General Manager Jeremy Magan.
With a desire to support and highlight local industries, Three Bottle Man also exclusively stock Australian beverages and produce. It marks a reflection of the the quintessential Australian roots of Three Bottle Man’s location. 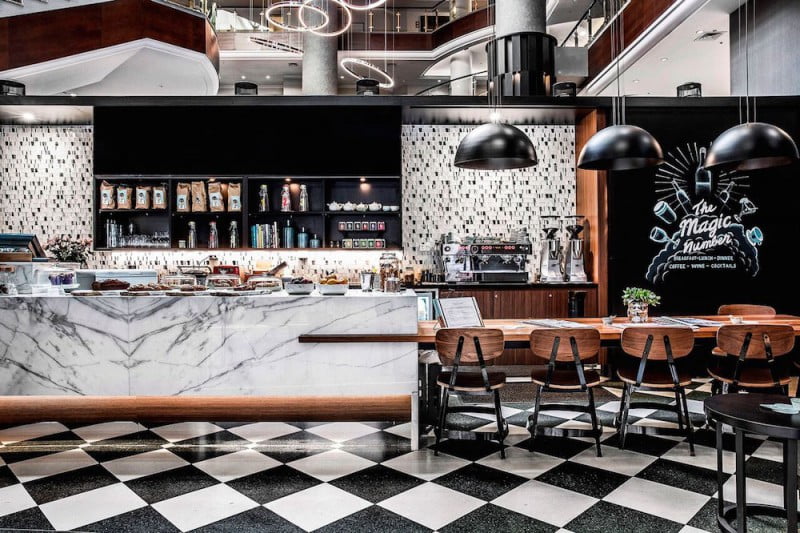 ‘Our country has so much to offer in terms of quality beverages and produce and we’re thrilled to be the only bar in Sydney celebrating an exclusively local menu’ – Magan explains.
You’ll be fooled into thinking that Three Bottle Man is simply an after-work hangout, with its opening hours extending from 6am to 11pm daily. Those bleary eyed workers gather themselves over hot coffees, light breakfast options and freshly made pastries. The vibe then takes a subtle turn, as clusters of corporates linger for lunch meetings with a cheeky Aussie pale ale thrown into the mix, sometimes. When the clock strikes 5pm, the mood shifts again. Coffee cups are abandoned for stemware and crystal tumblers. Breakfast bowls replaced with decadent cheese boards and charcuterie platters.

We arrive just after sundown to find suited patrons huddling close like penguins under the warm heating grids overhead. This combined with a fairy lit ceiling provides an intimate and inviting setting at first glance.
As we settle into our seats, a friendly waiter quickly offers us a drinks list.
The cool Autumn air typically lures me straight to the reds, but with a cocktail board under our noses we can’t help but dabble. The first concoction for the evening, the Fig Passion, made using Starward Whisky, muddled figs, maple syrup and lemon juice. Intricate on the palate, the zing of the lemon juice makes for a pleasing contrast to the malty undertones of the whisky and the nutty syrup.
A more familiar flavour mix can be found in the Cucu Fizz, made using Poor Tom’s Gin, cucumber slice, sugar, lime, lime leaves and soda. It goes without saying that sugar, lime and cucumber naturally marry well together. However it is the addition of this Sydney-made gin that ties everything together so well, making for an exceptionally easy drinking cocktail.
If you swing by Three Bottle Man any time soon, it’s likely however that you won’t find these drinks on the menu. Like the spirits and wine list, the cocktail board changes week to week.
With our tastebuds sufficiently awakened, we soon purvey the dinner menu. To call it a dinner menu comes as a stretch. A smorgasbord of bar snacks make for an appealing accompaniment to post-work drinks, with crowd pleasers like the charcuterie board ($18) and artisan cheese platter ($18) making an appearance.
Almost as quickly as we place our order, our dishes arrive. The first plate to gain our attention, the Pata Negra, served with tomatoes and garlic bread ($16). Pata Negra, otherwise known as Jamón ibérico, is visually stunning in its own right, presented as a tower of finely sliced cured ham, twirled haphazardly. It carries a distinctly nutty flavour on the tongue. Paired with it are thick toasted loaves smothered generously in garlic butter, offering an added indulgence. A small pot of finely sliced tomatoes seems nice theoretically, but feels a little awkward to eat with everything else. We nibble on it with our fingers when no one’s looking.
Accompanying this, potato and beef cheek croquettes are served with soy mayonnaise ($13). Croquettes hold a fairly safe position on any bar snack menu. Taking our first bites, they’re hot and perfectly crunchy. Can we taste the beef cheeks though? Unfortunately not. It seems they’re lost amidst a sea of otherwise tasty mashed potato.
With our first cocktails noticeably empty, our waiter suggests another round of drinks. We travel towards the wine list. The Duke’s Magpie Hill Reserve Riesling WA ($15) and Heirloom Touriga Nacional, McLaren Vale ($16) both go down particularly well as the salty taste of the croquettes lingers on our tongues.
With a cocktail, a few glasses of delicious Aussie wine and some tasty bar snacks under our belts, we head off – re-entering Sydney’s bustling main streets. We can’t help but ponder a little more over the concept of the Three Bottle Man. Are they selling themselves short, only stocking three of everything? Perhaps, if you consider how much choice we’re exposed to in the contemporary bar scene typically. But then again, maybe this is a stroke of genius, guiding the customer towards a carefully curated list of exclusively Australian beverages. This list, susceptible to perpetual change. It also helps people like of me who struggle to make even the most basic decisions. Gin, vodka or whisky? We’ll take all three please!
Three Bottle Man
Bulletin Place, Sydney
NSW 2000 Australia
02 9259 7279 or email hello@threebottleman.com.au
Open all week 6:30am – 11pm