The daily grind can leave us all feeling a little flat and running for the weekend. Well Sydney, it’s time to rethink your standard weekend ritual and check out our guide to the best ten ways for you to embrace your inner big kid! 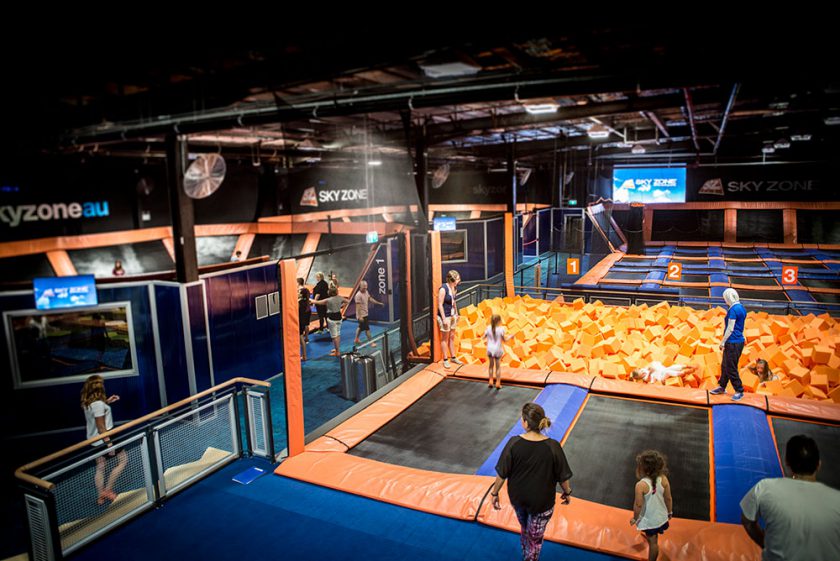 It’s time to bounce away from the working week and into a giant pit of foam cubes at Sky Zone. If you usually run straight to the gym to relieve your tensions, then think again and sprint towards this little (and big-kid’s) activity centre. Whether you’re a morning bird or night owl, Sky Zone will have you reliving your days in the school yard with dodgeball zones, parkour walls and giant trampolines. You can even bring the whole office along for a night of team bonding as they offer corporate function packages and catering to keep you fuelled throughout the night.
Sky Zone 75 O’Riordan Street, Alexandria, 13 7599 (13-SKYZ)
Open Mon-Thurs 10am-10pm, Fri 10am-11pm, Sat 9am-11pm, Sun 9am-9pm. 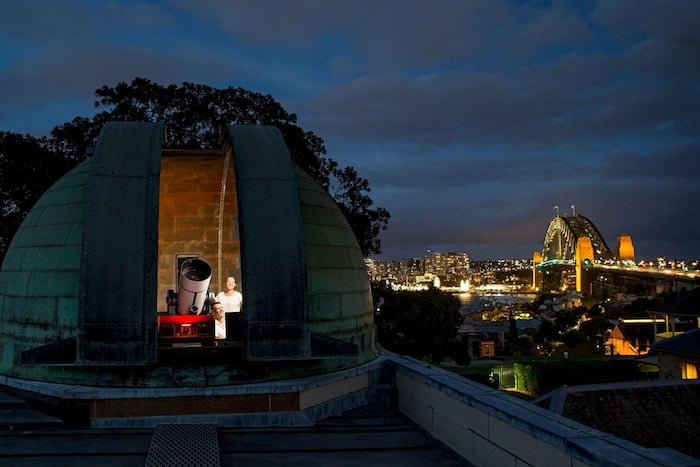 Widen your eyes with curiosity and enter a galaxy far-far away and at Sydney Observatory. You can tour the observatory and check out one of their science exhibits or check out some astrological films at their 3D theatre. If you want to peer through one of their telescopes, they offer night-time tours for all the serious astronomy buffs out there.
Sydney Observatory Watson Rd, Millers Point 9921 3485.

If singing along to your favourite tune in the shower starts your day off with a smile, then raise the volume and belt your lungs out at Sydney Korean Karaoke. Bring along the whole gang for a night of pop, rock, old-school or disco jams in one of Sydney’s favourite karaoke bars. If you’re a little on the shy side and need some liquid courage, they also serve up local and imported beverages at the bar.
Sydney Korean Karaoke 259 Sussex St, Sydney 92677555. 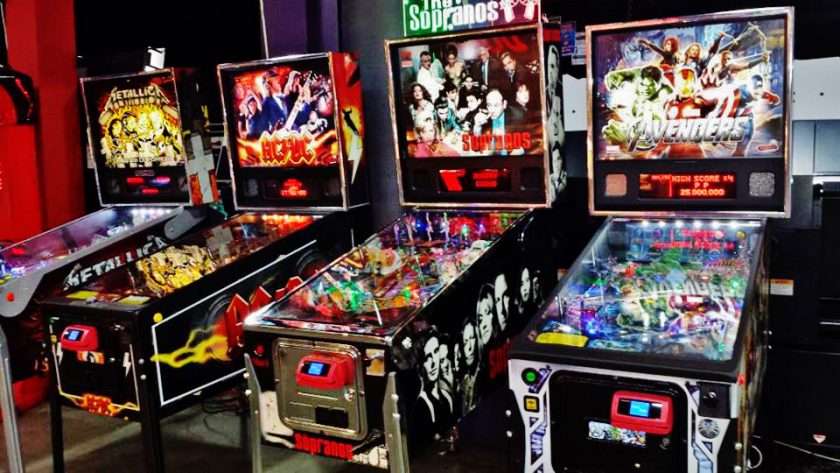 If the working week has left you feeling less than amused, then head to Galaxy World to perk up your spirits. Hidden inside Market City, this old-school Sydney arcade has all you gaming enthusiasts sorted with crane machines, dodgem cars, laser tag and more. As an added bonus if you feel the need to refuel your tank head downstairs to one of Chinatowns late-night food courts or bars.
City Amusements Market City Shopping Centre, R307/9-13 Hay Street, Haymarket 9281 4543.
Open Sun-Thurs 10am-10.30pm, Fri-Sat 10.30am-11pm 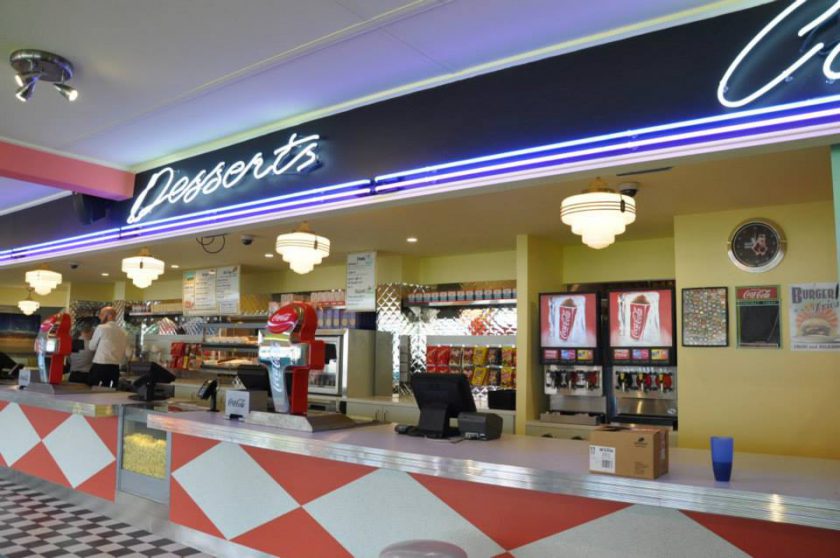 It’s dinner and a movie with a twist. Wind down the sun roof at the Skyline Drive-In. Drag-race your way over to Sydney’s original big-screen under the stars which was recently given a well earned makeover. Grab a burger and a malt, à la Fonzie and Pinky, at Skylines retro-style diner before making your way over to car park and enjoying the show.
Skyline Drive-In Cricketers Arms Rd, Blacktown 9622 4170. 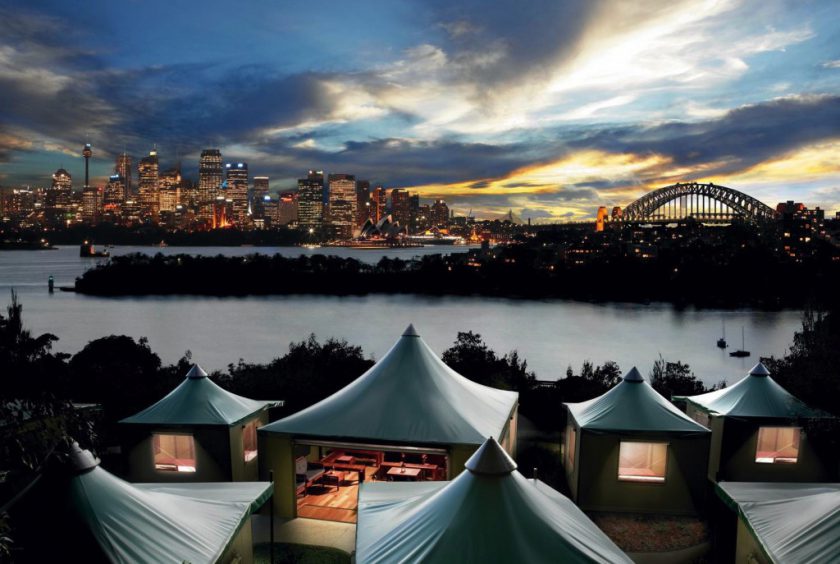 Swap your work wear for some zebra-striped pyjamas for the cutest sleepover you’ll ever attend. Roar and Snore at Taronga Zoo will have you singing ‘Hakuna Matata’ as you ride the ferry and watch the sunset. Enjoy a glass of wine and antipasti or a buffet dinner, before being led around Taronga Zoo by twilight by one of the friendly zoo-keepers. Wake-up and enjoy the sunrise before heading back to the city. Be sure to book well in advance as this unique excursion tends to fill all of its tents.
Roar and Snore Bradleys Head Rd, Mosman 9978 4791. 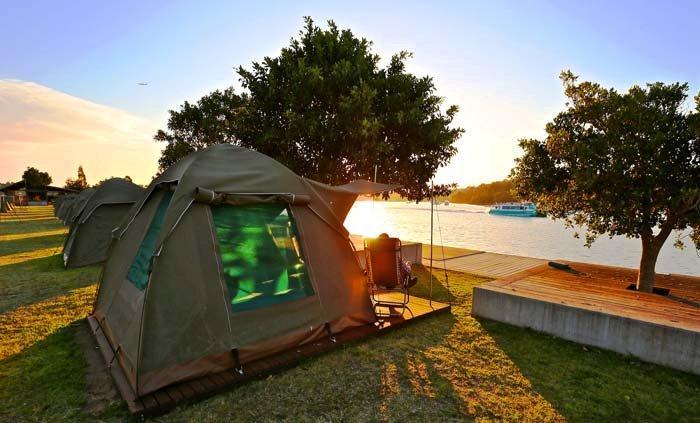 Escape the hustle and bustle of the city for the weekend and water-taxi your way over to Cockatoo Island for a weekend of glamping (glamourous camping). You can choose to toast your own marshmallows, or treat yourself to the full glamping experience with breakfast and barbecue packs being available for all the happy campers.
Glamping at Cockatoo Island Cockatoo Island, 8898 9774. 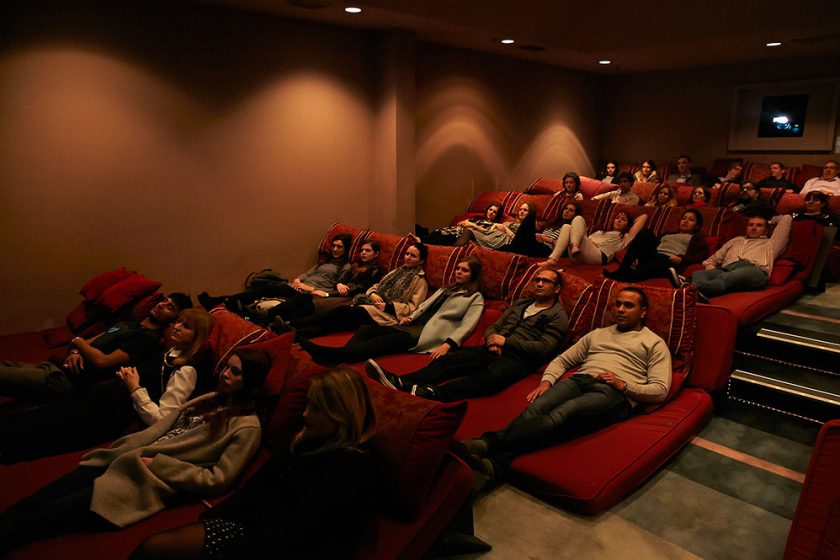 Head to Govinda’s for an all-you-can-eat international vegetarian buffet. After dinner, make your way over to their cinema room and settle into one of the bean-bag lounges and enjoy the show. Govinda’s is for the mind, body, and soul also offering yoga, meditation, and various workshops to leave you feeling at ease.
Govinda’s Restaurant 112 Darlinghurst Rd, Darlinghurst 9380 5155. 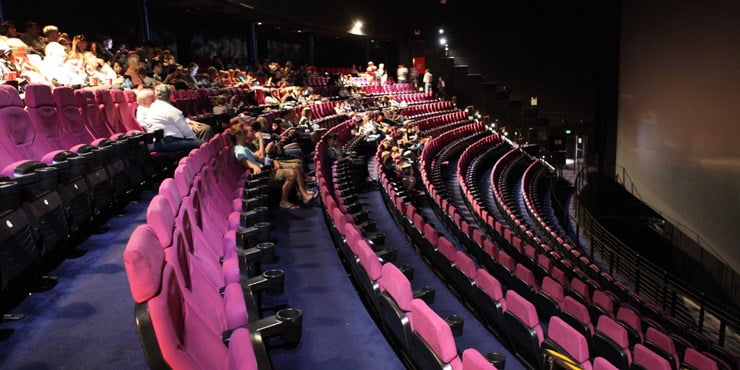 Swap the computer screen for the biggest screen in the world for a night of 3D movies at the IMAX theatre. This ones for all you film buffs out there, enjoy a documentary, old-school or new release movie. After the movie, you can stroll along the water and grab a bite to eat at one of Darling Harbours many restaurants or bars.

They say art is the best form of therapy. Well, the anti-artists at Dr. Sketchy’s and The Workers Balmain have heard you and teamed up again with Dr Sketchy’s Life Drawing Classes. Tickets to this cabaret-meets-art mashup are $20 and will see you a welcome drink and raise you a night of live performance, comedy skits and DJ’s spinning some tunes.
Dr Sketchy’s Pop-Up Class Wednesday September 23rd, L1 292 Darling Street, Balmain.