GALLERY is an underground arts movement that uses Sydney streets as a landscape to exhibit diverse works and wheat-pastes. The aim is to bring art into the every-day, where the environment and the people become the curators and where the two polarized worlds of galleries and alley-ways come together as shared public space to express and create. 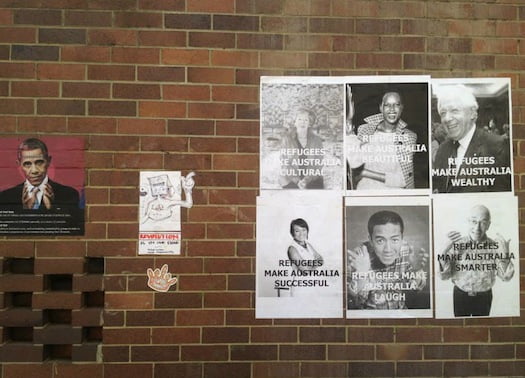 Their first exhibition was over election weekend, 10 Sydney based independent artists created political artworks that expressed their personal views on ´politics´ in Australia and around the world. From sock puppets to collage this exhibition sheds a creative and honest light on political issues from a community and individual level. Typically, street art explodes in times of oppression, as a means of voicing discontent and unheard opinions. Interestingly we are now seeing a rise in street art, especially in Sydney, which reflects our political climate, at its most turbulent and trivial when Australian citizens are feeling increasingly misrepresented. 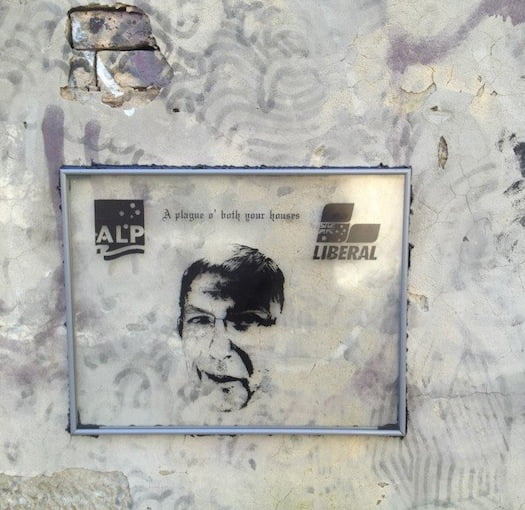 To see the controversial, thought provoking and colourful pieces, head to Esther Lane, off Devonshire Street in Surry Hills, just behind the Ray Hughes Gallery. An anonymous tip says the next GALLERY Street pop up exhibition will be in early October! 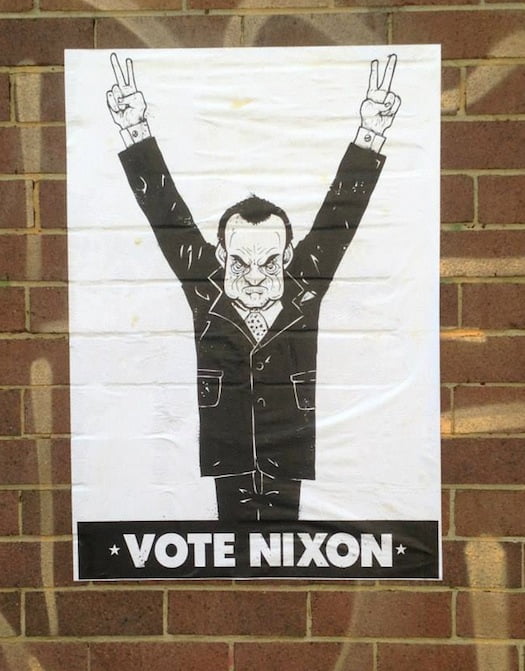 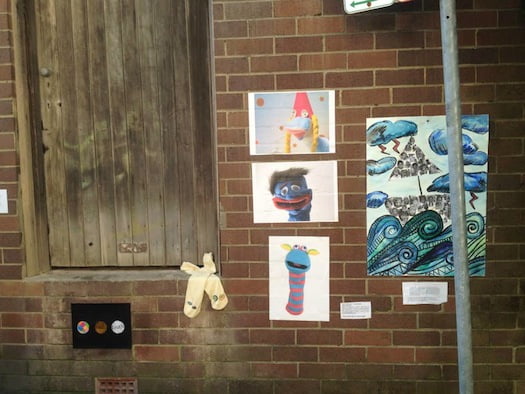