Taste of Singapore Down Under

Far East Hospitality recently brought tastes of Singapore to Sydney with celebrity chef William Soh hosting a lunch at the Vibe Hotel in Rushcutters Bay, Sydney. Renowned for his culinary expertise in local Singaporean cuisine, Soh cooked up a storm as part of the ‘Explore Singapore Heritage & Food Trail’ campaign for 2014. 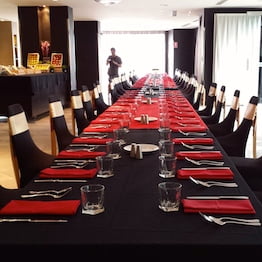 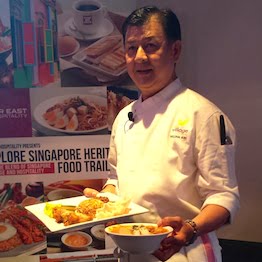 This was the first in a series of culinary feasts to be hosted across the country – kicking off in Sydney before visiting Melbourne and Perth. Once Singaporean food has been introduced to and properly appreciated by Australians, Far East will launch their promotion encouraging Aussies to explore Singapore, rather than just using it as an airline stopover. 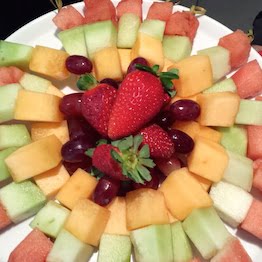 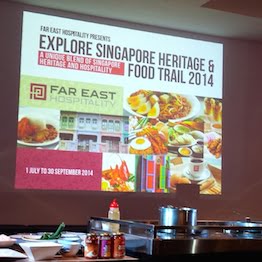 When tourists visit Singapore, they remember three things: the million square metres of garden in the middle of the city, the famous Changi Airport, and the food. Far East Hospitality has over thirteen thousand hotel rooms in eighty hotels in twenty-four cities, and they’re using the best of Singaporean cuisine to spread the love globally and to encourage a connection between Australia and Singapore.
Soh gave an impromptu class on how to make the perfect laksa. He even threw in some helpful tips as he cooked, such as, “Don’t burn anything”. My eyes watered as I slurped the spicy soup. 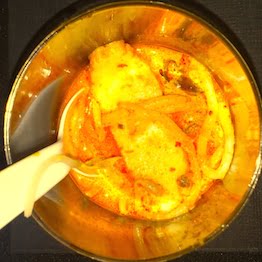 Soh then whipped up some Nasi Goreng and gave us another useful tip: use a non-stick frying pan unless you want a washing-up disaster on your hands. So simple, so clever. He seasoned the pan with egg and garlic, and then threw in the rice. Save the short-grain for your sushi, and use long-grain for your Nasi Goreng because it retains less water and sticks less to the pan. He would always accompany his tips with a magnanimous, “I share secrets with you. Sharing no problem!” Before long, he’d cooked and plated up an entire two course meal. 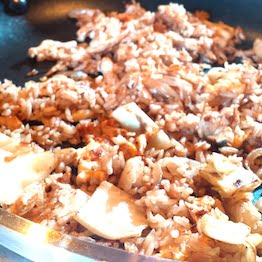 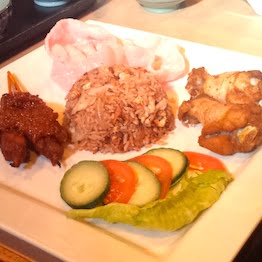 Soh finished his demonstration with, “Now there is a buffet outside waiting for you”. I filled my plate with Hainanese Chicken Rice mixed with Tomato-Spiced Squid and Prawns, Roti Prata with Red Vegetable Curry, and two different kinds of Laksa with noodles. 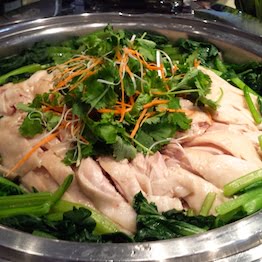 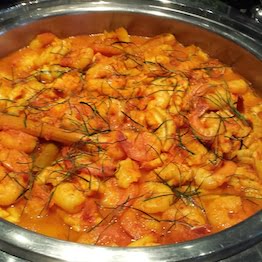 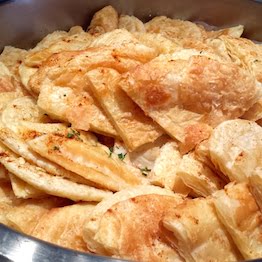 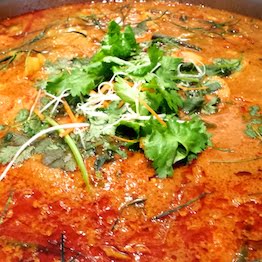 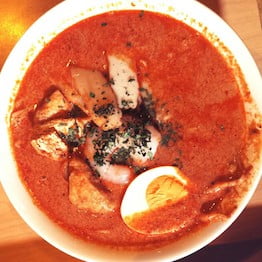 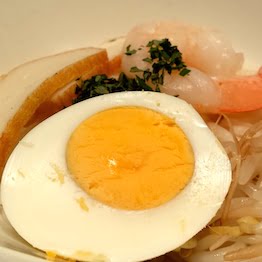 And for dessert…Almond beancurd with longans. I had no idea what it was, but I ate it anyway. I’d begun to trust Chef Soh implicitly by that point. The texture was smooth and wobbly, like soybean pudding, and it was sweet like syrupy sugar. 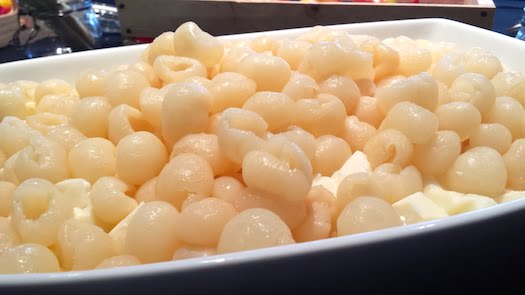 My eyes turned out to be significantly larger than my stomach, but I enjoyed every (huge) bite.