One of Sydney’s oldest and most beloved pubs, the Harbour View Hotel, has been given a revamp.

Situated in the heart of the Rocks, almost directly underneath the Harbour Bridge, the laid-back pub has always been a great spot for a good meal. Now it’s stepping up its game and offering an upscale pub dining experience.

The heritage-listed hotel was built in 1922. Rich in history, the pub was a favourite haunt of Paul Hogan, who was a rigger on the Sydney Harbour Bridge in the 1970s. In the afternoons following knock-off, the bridge crew would make their way to the Harbour View Hotel for a beer. It was also the filming location for the 1982 Australian movie Starstruck. 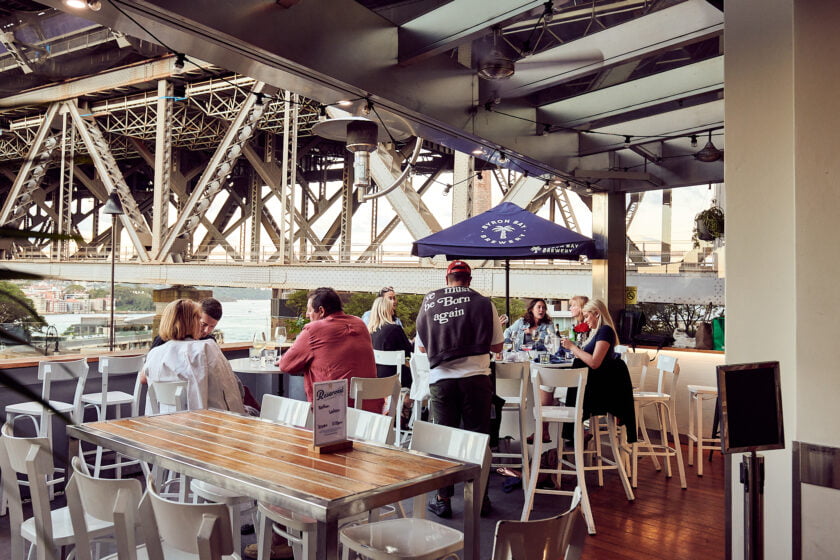 The extensive menu has been designed to ensure there is something for everyone. And as is the case with many Sydney venues these days, the menu includes hero dishes to encourage the act of sharing. Executive Chef Nico Liglet who has previously worked for Manu Feildel at L’etoile in Paddington as well as a stint at Guillaume Bennelong, crafted the menu alongside his head chef Jessica Harris. The thinking was to create dishes that not only elevate traditional pub classics but truly show off the best quality product found in NSW and Australia. 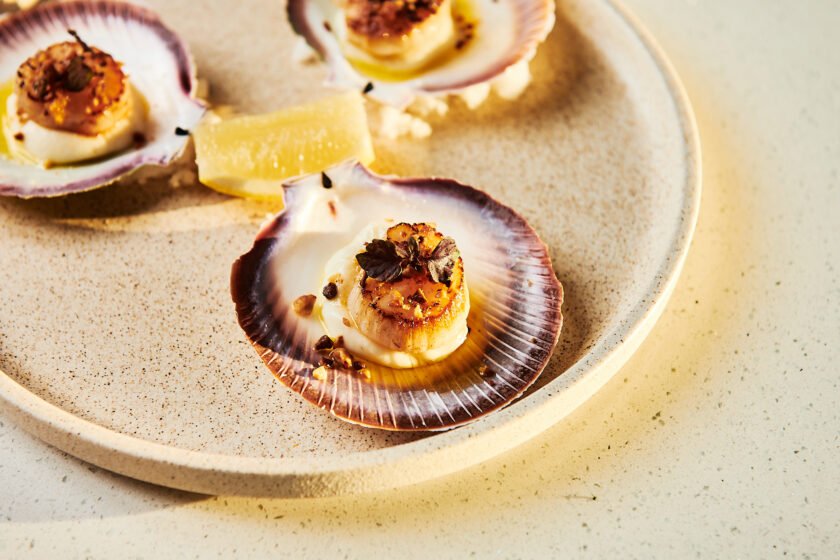 To start, we opted for the Sydney Rock oysters (6 for $24) served with a delicious mignonette and the Hervey Bay Seared Scallops (3 for $29) with smoked cauliflower puree and hazelnut butter. The oysters were fresh and the combination of the sweet scallop meat with the rich nutty flavour of the roasted hazelnut was exquisite.

For our main, after some menu tussling, we went all in and ordered the 1.3kg Great Southern Pinnacle Tomahawk Ribeye ($119) on the bone. Thankfully, this was the right choice.  The tender meat was full of flavour and fell off the bone. It’s recommended for a minimum of two but could easily feed three. The swoon-worthy cut of steak comes with gravy, green salad, potato puree and a big bowl of fries.

We polished off the meal with a bottle red of John Duval ‘Plexus’ GSM from the Barossa Valley ($75). The juicy, layered shiraz, grenache and Mourvèdre was the perfect addition to our decadent pub meal.

We had no room for dessert so retreated to the terrace rooftop bar. Sipping on espresso martini’s enjoying what is undoubtedly the best view of Sydney Harbour Bridge, was a wonderful way to end the night.