Make it rain with the Raindrop Cake!

Plopping onto social media this week is the newest food craze: the Raindrop Cake. Inspired by the traditional Japanese dessert Mizu Shingen Mochi, US chef Darren Wong has finally perfected his recipe and it’s taking social media by storm!

This refreshing and fragile looking “cake” contains almost no calories and apparently not much taste. The website describing the flavour as “mild,” with essence of “nuttiness.” But it is definitely a mesmerising sight to watch at as it jiggles, flops and oozes, just like a droplet of water.
It’s made with mineral water and agar, a gelatin obtained from algae and popular in Japan. You can flavour it with black sugar syrup and roasted soy flours, or you can top it with molasses to give it some sweetness. 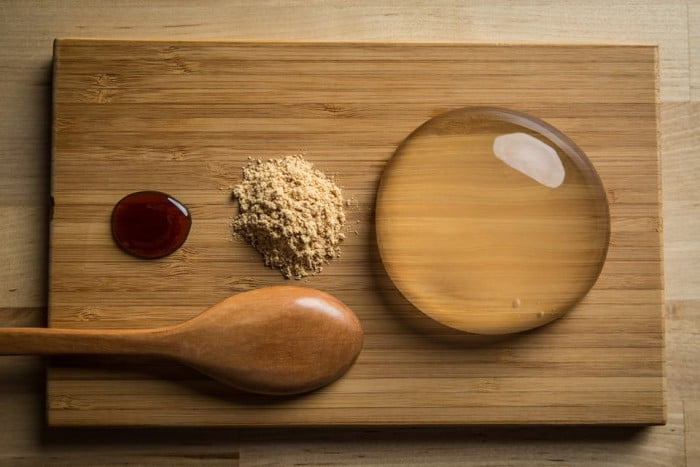 All over social media, people have been speculating what it reminds them of. There’s been calls that it’s reminiscent of a breast implant, to more innocent claims that it reminds them of the water drops in A Bugs Life. It’s currently only available at the food market Smorgasburg in Williamsburg. We think it’s just a matter of time though before a chef puts it on the menu in Sydney. We’ll be there to try it!
Until then, YouTube is here to show us how it’s done!