We said goodbye to smoked meat lords Papi Chulo in late April in the wake of an exciting Cantonese concept to arrive to Manly Wharf, Queen Chow. Having already taken the Inner West by storm, the second instalment of Queen Chow will be officially opening its doors and taking reservations on Monday 9th July, following what was a quick refurbishment of the waterside venue.
As for what to expect, Executive Chef Patrick Friesen and dumpling master Eric Koh are leading the charge, serving up a modern Cantonese menu of roast meats, live seafood and diverse dim sum.
“We have had a lot of fun at Papi these past four years, but felt the time was right to evolve the space and its offering, said Justin Hemmes, CEO of Merivale. “Queen Chow has been a tremendous success in the Inner West, so we’re going to take the very best bits from there and create something really special for Manly”. 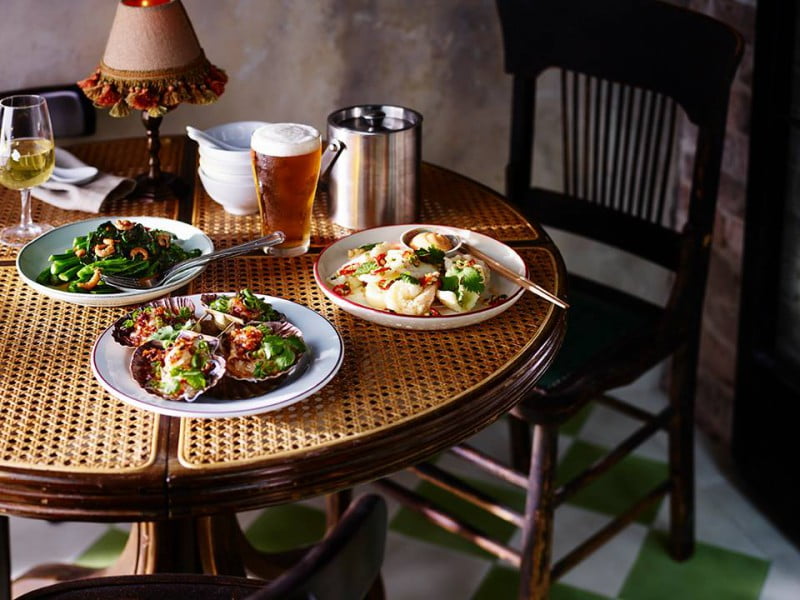 Like the original Queen Chow, Friesen has taken inspiration from the tastes and aromas of Hong Kong’s famous dai pai dongs. At the new Manly addition though, what you’ll also find is a beachside sensibility with plenty of Australian seafood on offer.

As for the all important drinks list, Manly’s Queen Chow takes inspiration from the flavour of Friesen’s food and uses fruits, vegetables, herbs and spices found in the kitchen. Arrive to the wine list to find a relaxed and approachable offering, with a selection of over 200 classic, organic, biodynamic and premium wines from Australia and around the world.