Tucked away in a discreet spot only 100 metres from the hum of Oxford Street, Classico Moderno is a new Italian pop up restaurant. This it the first solo venture from the former head chef of Leichhardt’s Capriccio Osteria, Bryan Gerlini. When it comes to Italian cuisine Gerlini knows his stuff, having also worked at Café Paci and A Tavola. Dipping his toe into the restaurant business Gerlini has signed a six month lease as of mid-October and has opened Classico Moderno as pop-up restaurant. If all goes well and Sydneysiders embrace his regionally focused modern Italian menu there’s the option to extend.

So, will it last six months and beyond?

We recently attended a preview dinner at the intimate candlelit restaurant to sample the menu. Gerlini is serving the food of the Northern Italian region of Emilia-Romagna – famous for lasagna, bolognese and mortadella. But don’t expect anything quite as traditional when you visit – there’s a modern twist to Classico’s menu. 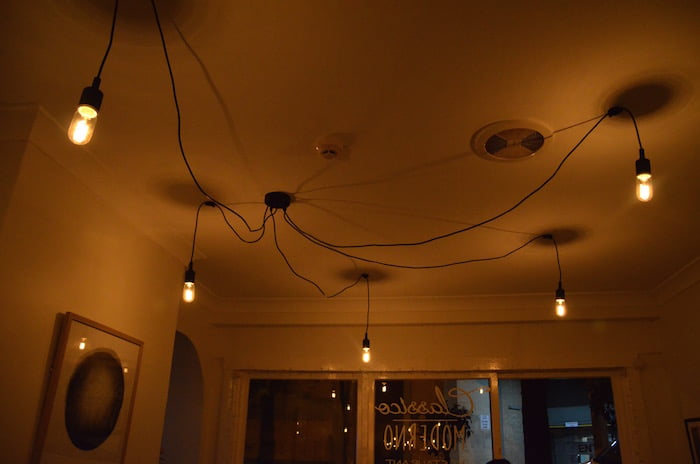 Expect the unexpected at Classico Moderno. Cannoli is not just a dessert style sweet treat served at the end of the meal. On this occasion we started our meal with a savoury version which cracked and crumbled upon the first delicious bite. 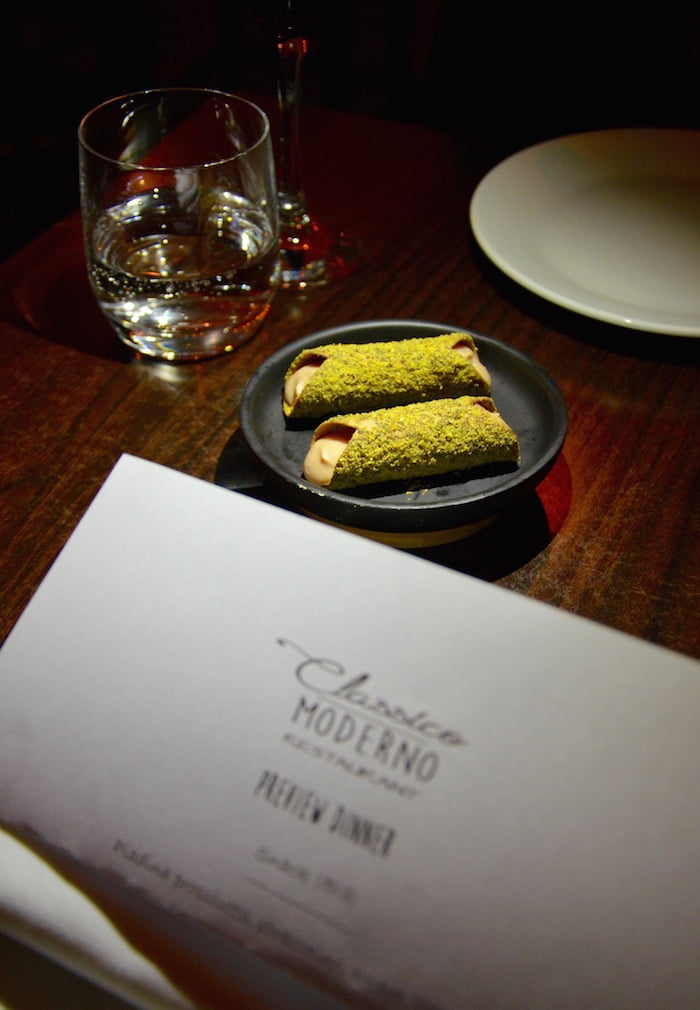 The menu is inspired by the land (‘Emilia’), the coast (‘Romagna’) and the valley (‘Painura’). According to our friendly waiter, both the cannoli and the first course – a cotechino (similar to salami) and lentil slider – were inspired by the ‘land’. The Emilia region is very diverse and cheese, meat and wine production thrive in the hillsides and mountains of the Apennines. The cuisine from this region is known for its simple and rich flavours. 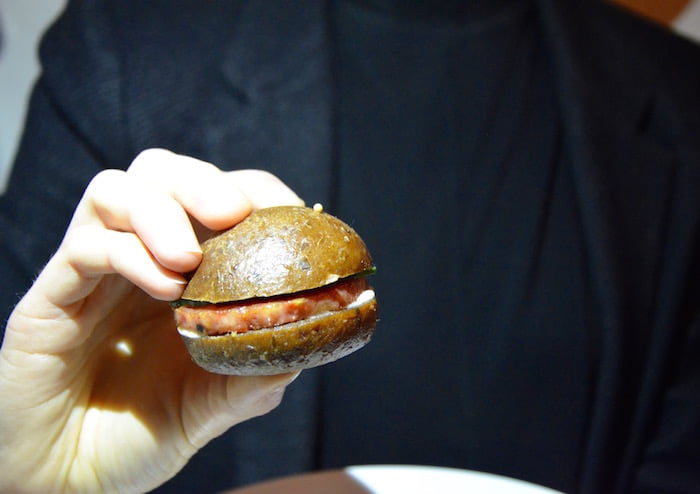 Digging into a slider at a Italian restaurant felt a bit strange, but the slider’s wholemeal bun worked well with the juicy meat. The slider was accompanied by a mini piadina with proscuitto, stracchino and rocket from the ‘valley’. Piadina always goes down well and this one was no exception.

The next part of the meal was influenced by the regional coastline of the Adriatic Sea. The ‘Riviera Romagnola’ is famous as a seafood restaurant mecca. Romagna is one of Italy’s top fish producing regions, known for excellent seafood, freshwater fish and high quality rice.

The dish consisted of squid cooked two ways, served with pea purée. Although we could have done with more of the fried calamari the dish worked well together and the peas were a nice, light touch. 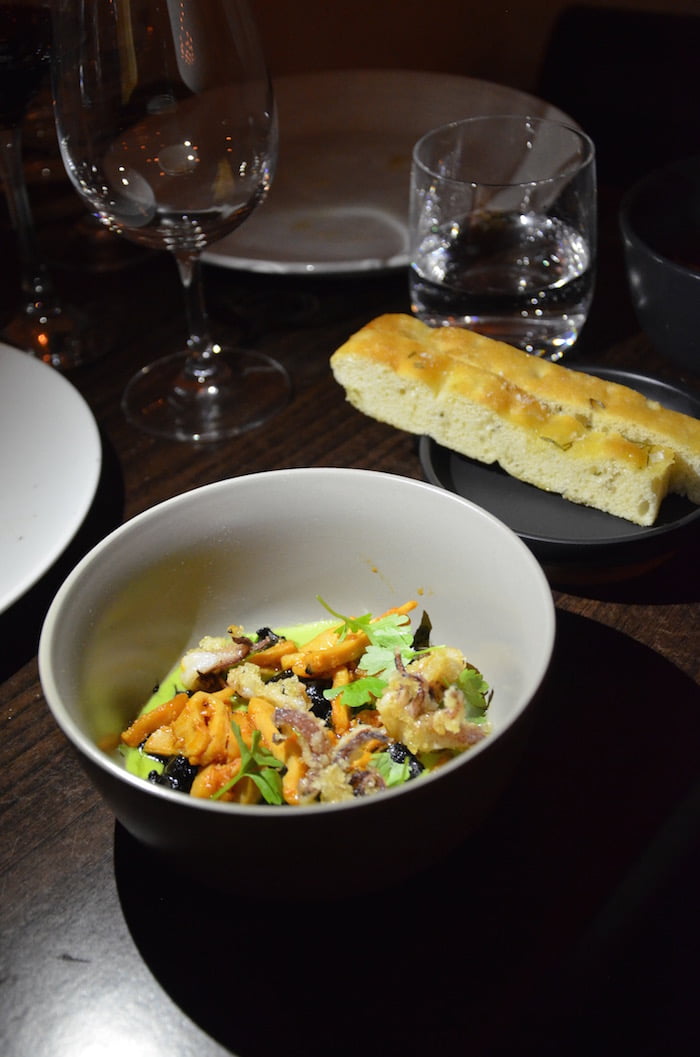 Accompanying the squid was a Carnaroli rice dish with butternut pumpkin, amaretti and ‘vacche rosse’ parmesan. The rice was cooked perfectly and the amaretti was an interesting touch. The sole vegetarian dish drew on the final theme of the triangle; Emilia Romagna’s Pianura Padana – the Po River valley. According to the experts, this region is a rich source of vegetables, fruits and soft wheat flour, used to prepare pasta.

With each course we were also treated to a matching wine. For the main course we tried a dry, white wine designed to accompany seafood. Our favourite drink of the evening was a Monte Delle Vigne – a light and bubbly red wine, not always easy to come by. 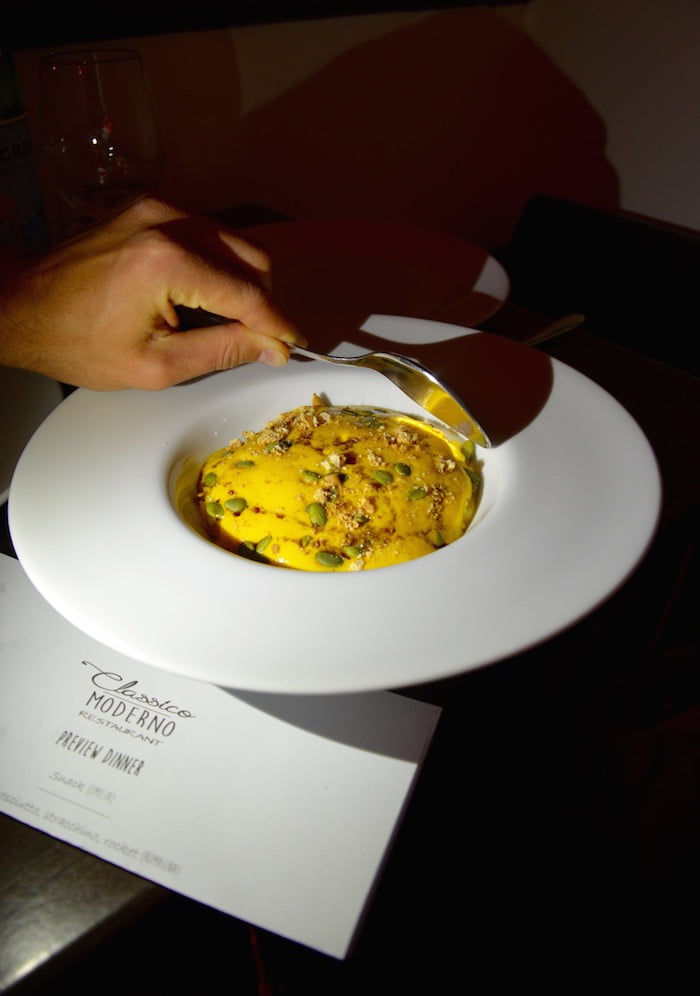 For our final dessert course we tried a beautifully presented sponge cake with vanilla and chocolate custard, drenched in Alchermes liqueur. The desserts are conjured up by head chef Gerlini’s good friend, pastry chef Francesco Guerra, formerly of Gelato Messina. 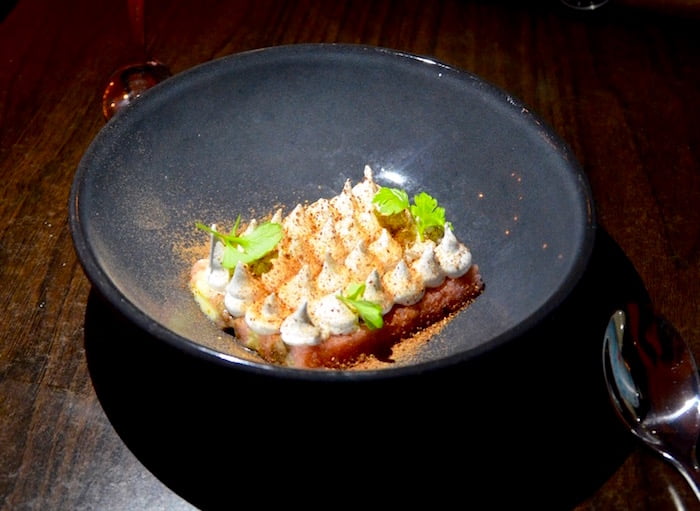 If you’re after a classic Italian meal this is not the place for you. Instead, Classico Moderno offers interesting food, friendly service and fine selection of imported wines in a relaxed setting. It makes for a vibrant new addition to the neighbourhood. The dimly let restaurant seats approximately 50 people is perfect for a cute date or intimate catch up with friends. 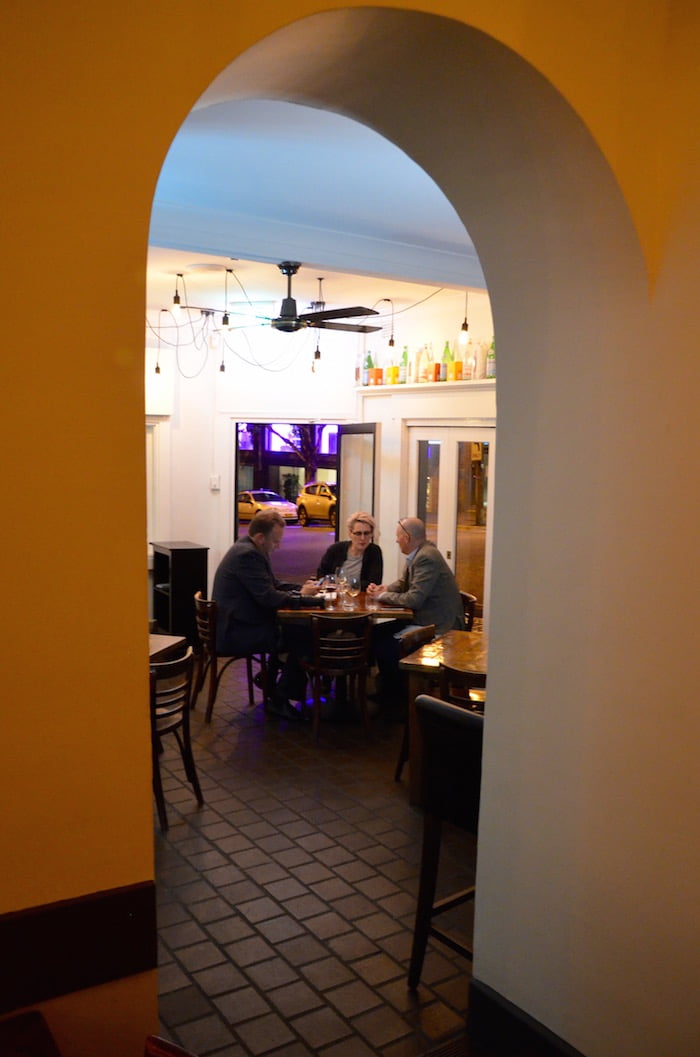