Made with Love- Harvested Cafe by OzHarvest

Eat lunch and make a difference at this OzHarvest Cafe

OzHarvest is Australia’s leading food rescue organisation and this month they launched a pop-up cafe in Pyrmont. Until the end of July 2015 Harvested will be serving delicious lunches made from food ordinarily thrown out. 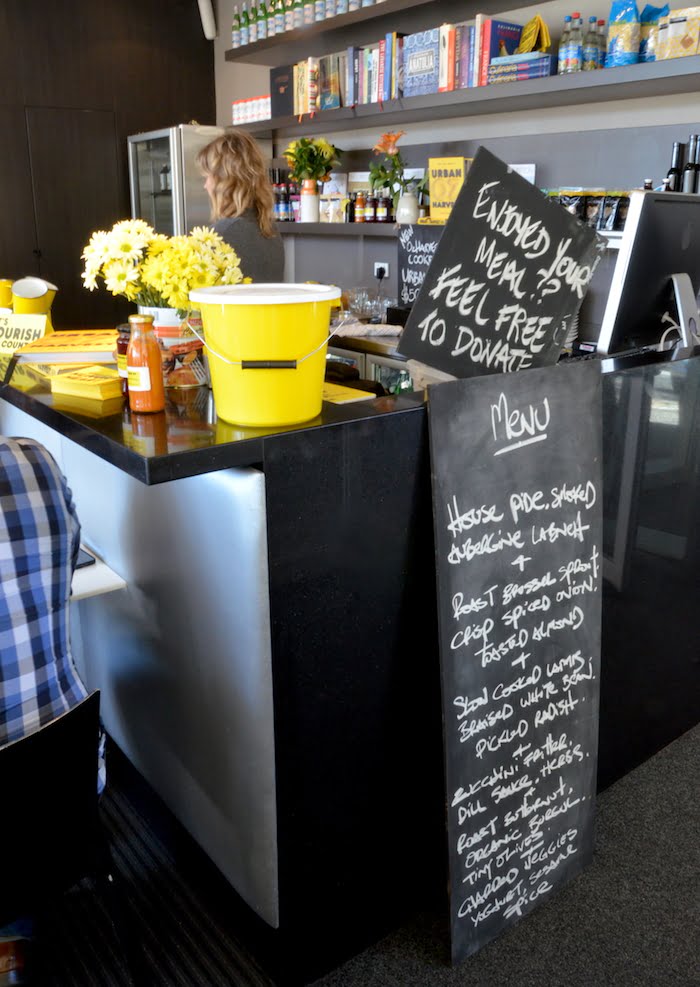 You may have spotted the distinctive yellow vans driving around Sydney and collecting food from supermarkets, catering companies, restaurants, farms and hotels. Every month approximately 340,000 kilograms of surplus food is saved. Over OzHarvest’s ten year history, the quantity of food saved from waste is enough to give every Australian dinner… and a light lunch. It’s one small step to reduce the ten billion dollars of food Australians waste every year.
With “Waste not, want not” in mind, OzHarvest delivers produce destined for the landfill to homeless shelters, women’s and men’s refuges, youth shelters and organisations that service families in vulnerable communities. These organisations are freed from allocating scarce resources to dining and can concentrate on the urgent issues at hand. 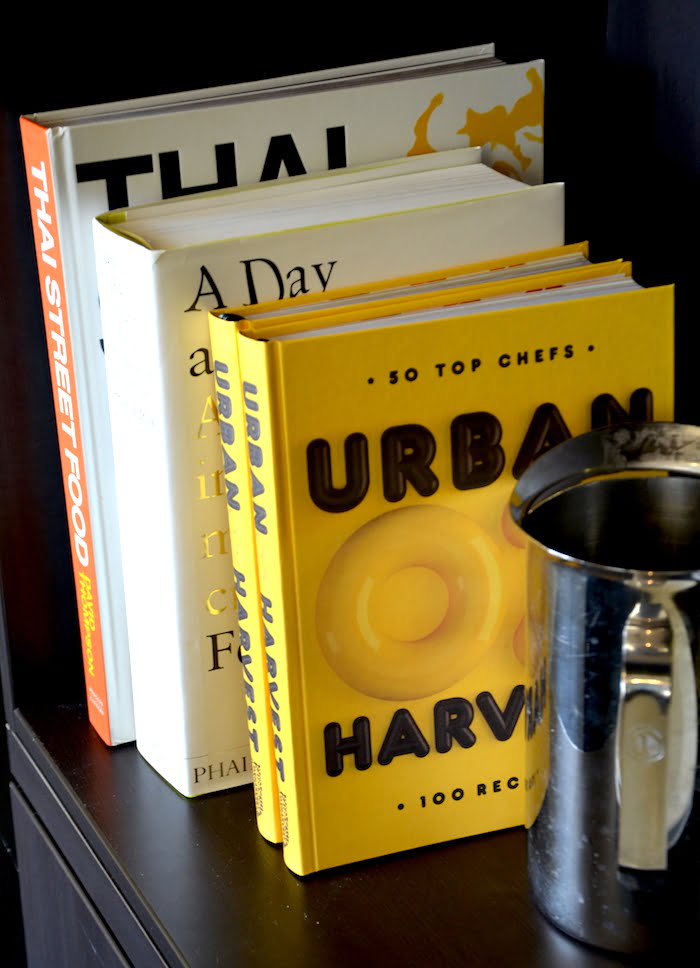 We attended the launch earlier this month hosted by My Kitchen Rules stars Will and Steve who were busy maintaining the queue that stretched around the corner. We took a seat in the sunny courtyard, and were offered six dishes featured on the daily menu. Each dish had a distinctly Middle Eastern flair, from house pide served with aubergine labneh to roast butternut with organic burgul. 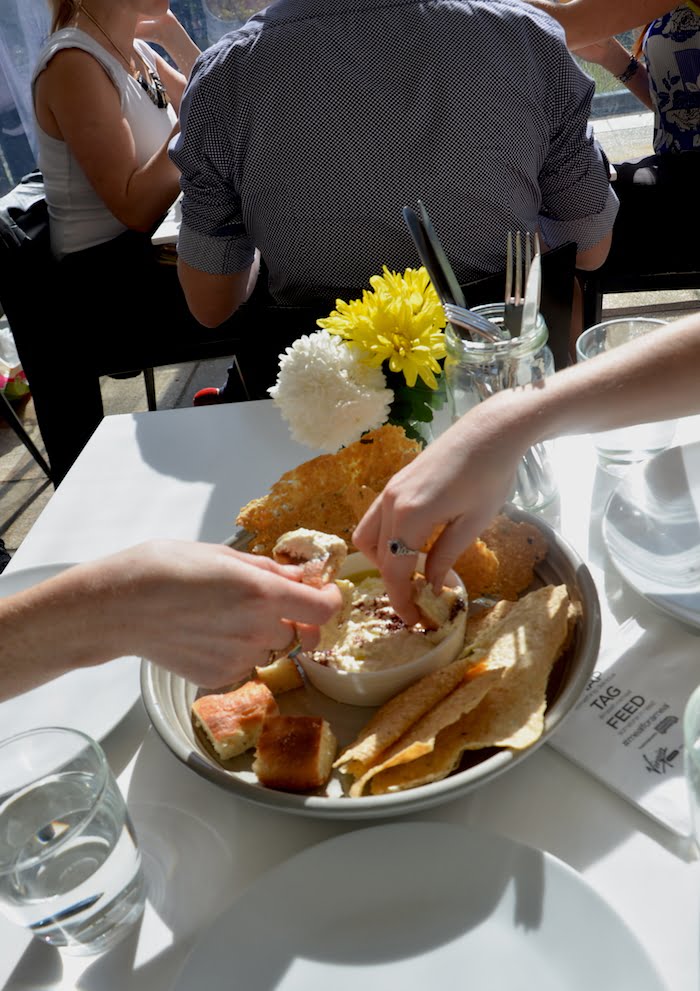 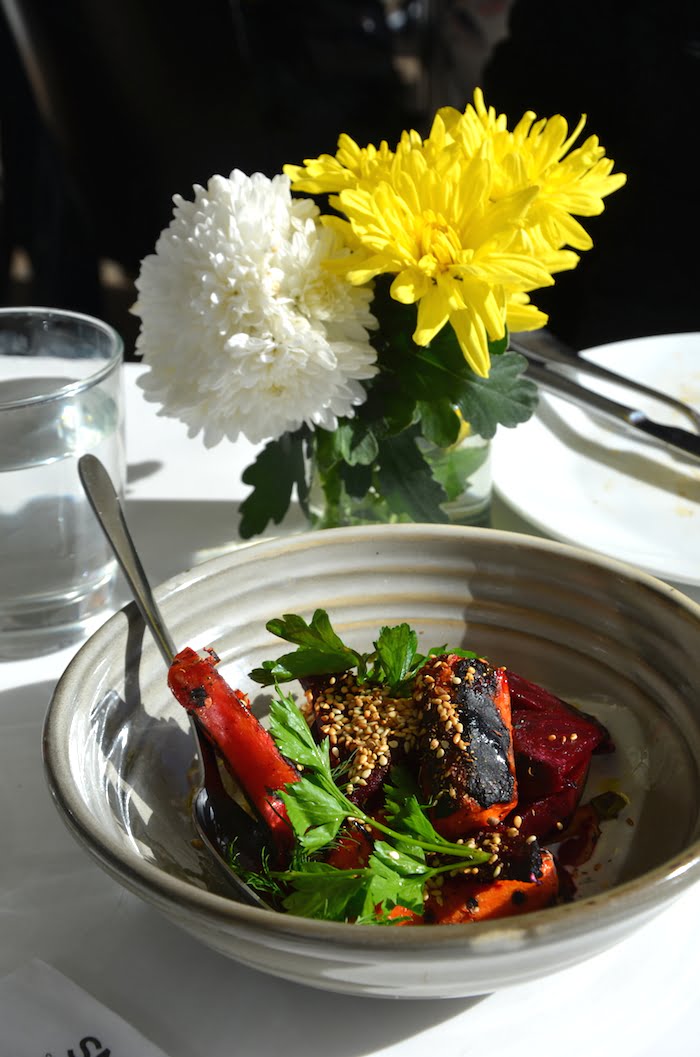 OzHarvest Chef for a Cause, Travis Harvey, prepares thousands of meals for those in need each year, and was the mastermind behind the rescued food kitchen. He embraces the challenge of transforming surplus food that society has rejected into high quality, nutritious and wholesome meals. All it needs is “a little imagination and effort,” he said. Having tasted the Slow Cooked Lamb with Pickled Radish, I was definitely inspired! 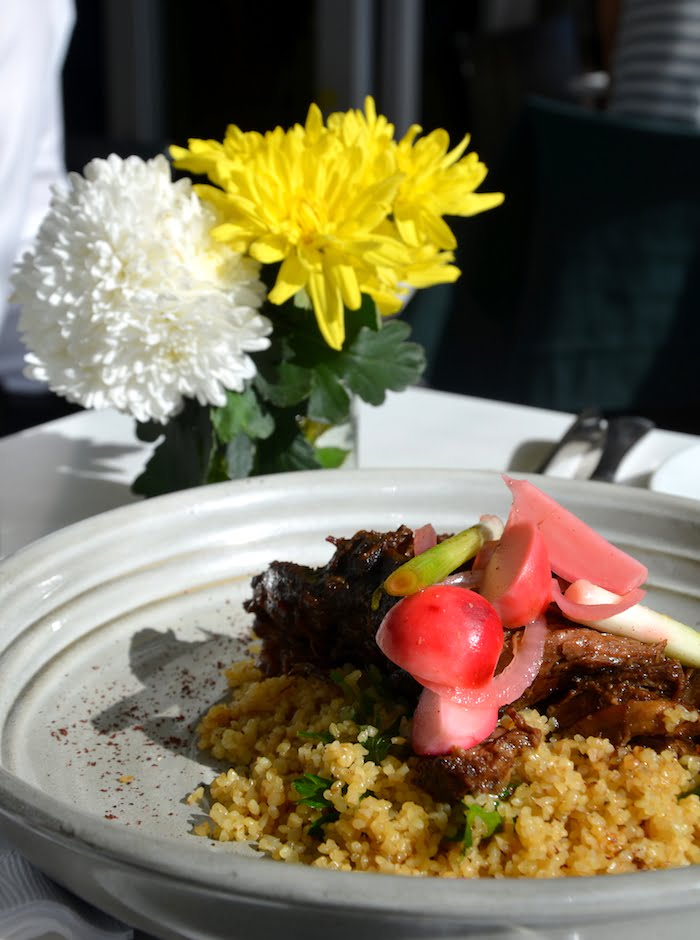 The menu will change each week according to the donated ingredients.
A set price per head of $15 per customer will help OzHarvest feed 30 hungry Australians. For every dollar donated to OzHarvest, two Australians are supplied a nourishing meal.
OzHarvest volunteers are donating their time to help cook, serve and organise the project. 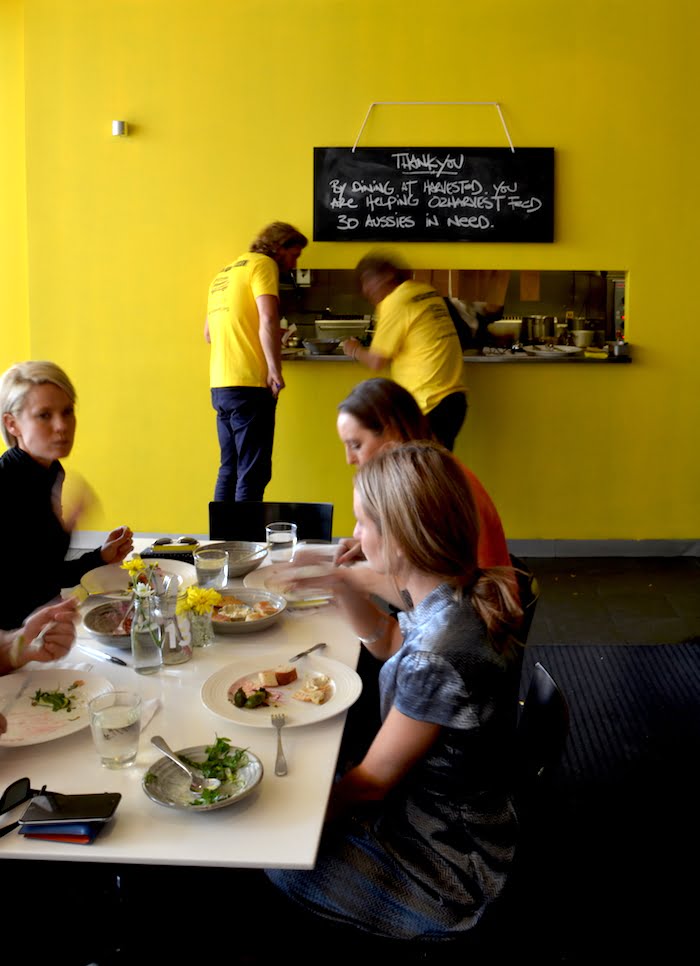 The bright and open cafe has limited seating and doesn’t take bookings. When the food runs out, the kitchen closes up shop, so get down there early! It’s open from 11:30am to 2:30pm every Tuesday and Wednesday till the end of July. 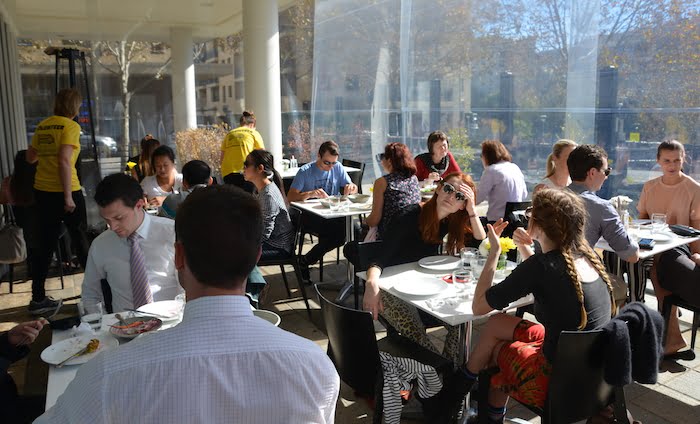 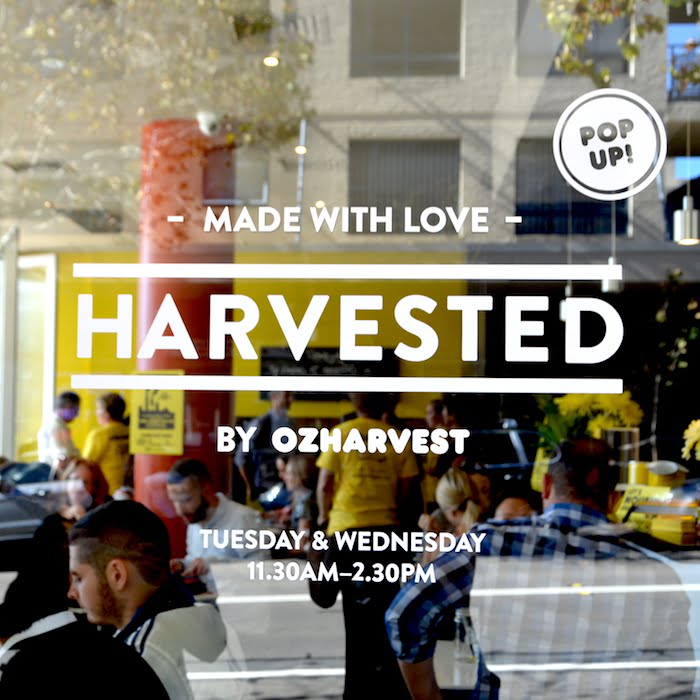