Which iconic Surry Hill’s restaurant is re-opening and taking over the ex-Longrain space?

After a recent electrical fire at their Foster Street venue, restaurant and cellar door NOMAD returns this November.

Tucked away in the backstreets of Surry Hills, NOMAD Restaurant has been a favourite among Sydney foodies. It’s a destination for serious wining and dining, complete with an extensive cellar door filled with drops sourced locally and abroad. And their upscale Mediterranean-inspired menu has delighted diners for the better part of a decade, taking out the SMH Good Food Guide One Chef Hat consecutively since 2015.

But on 11th September this year, the restaurant was struck by tragedy. An electrical fire was sparked in the building, causing the evacuation of all staff and occupants from the multi-story warehouse space. Although no one was injured during the fire, the venue has been closed since the incident due to significant damage.

Since the fire, co-owners Al And Rebecca Yazbek have been working hard to rebuild the original space, along with making various upgrades to the restaurant (due for completion in early 2020). In the meantime, the team has been on the hunt for a temporary space ahead of the festive season. And, thankfully, they’ve found the perfect spot just in time. 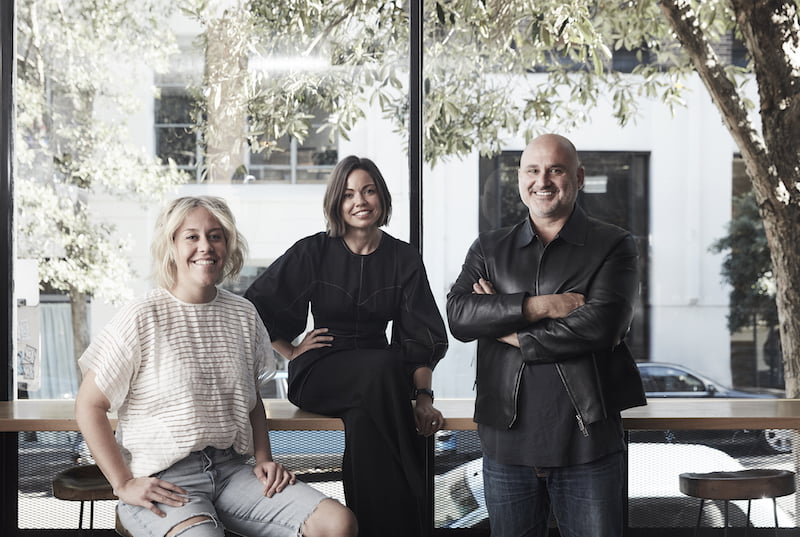 NOMAD Up The Road will see the restaurant take up a three-month residency at 85 Commonwealth Street, the site previously occupied by Longrain and, most recently, Restaurant Orana’s Sydney pop up venue. The 140-seat restaurant will swing open its doors on 1st November, open for both lunch and dinner six days a week. In distinct NOMAD style, the venue will be kitted out with their signature interiors with the famous CJ Hendry artwork adorning the walls alongside NOMAD’s statement furniture.

With a new space comes the chance to reimagine their food offering, with Head Chef Jacqui Challinor curating a new menu for the occasion. Expect smaller shared plates and experimental dishes that don’t use the restaurant’s notable wood-fired techniques. However, you’ll still be able to order their signature dishes including the house-made cannellini bean hummus, kingfish ceviche, and duck mortadella.

“There won’t be a wood-fired oven in the new site so the menu will be different, but the food ethos is still very much the same. I’m really excited to use this opportunity to create new dishes for our customers – dishes that may just end up on the restaurant back home when we reopen in 2020,” tells Jacqui.

Plus, NOMAD’s oh-so-popular bottomless rosé offering is back, running every Saturday from midday alongside their new menu.

NOMAD Up The Road will be open from Friday, 1st November at 85 Commonwealth Street, Surry Hills, open for both lunch and dinner from Monday to Saturday. To book your spot, click here or contact the venue on (02) 9280 3395.

Looking to explore what else is in the area? Check out our guide to The Best Bars to Visit in Surry Hills.