What started off as a man and his food truck has evolved into a low fuss, high quality American-diner tucked into the fold of the inner west. While the food truckin’ life was flourishing for owner of Nighthawk Diner, Alistair Fogg, he explains the transient nature of customers had him searching for a more permanent outpost.

Now firmly positioned in Chippendale’s vibrant dining scene, Nighthawk is a place locals can meet and hangout over honest, soul food. Opening in early 2018, the former food truck garage-turned-diner is housed in a unique 100-year-old building. Floor-to-ceiling windows give the place a floaty lightheartedness, offset by grittier exposed brickwork and sexy timber beams. 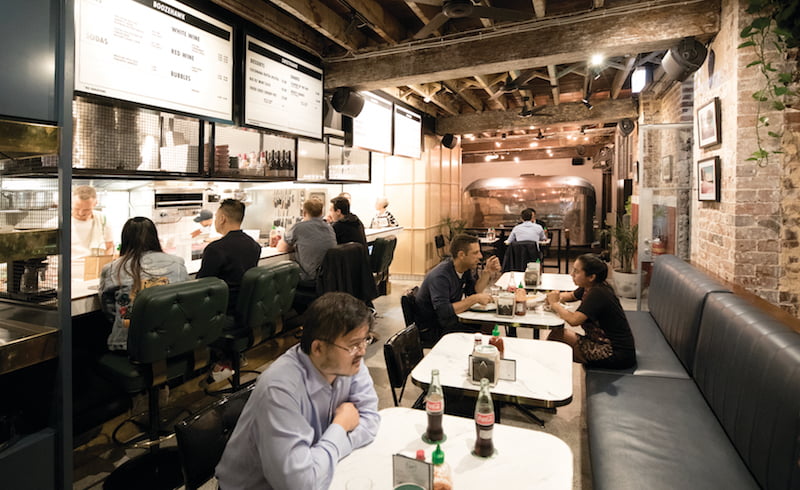 Now in 2019, the new year brings with it a new menu. You can still find Fogg’s signature cheeseburger, but now it sits alongside new diner classics like the Chicago Italian Beef ($18), a juicy hoagie roll oozing in slow roasted beef soaked in its own juices. Other messy indulgences include the Southern Ribwich ($18), made with a tender pork rib patty, sharp red slaw, pickles and Nighthawk’s signature sauce. 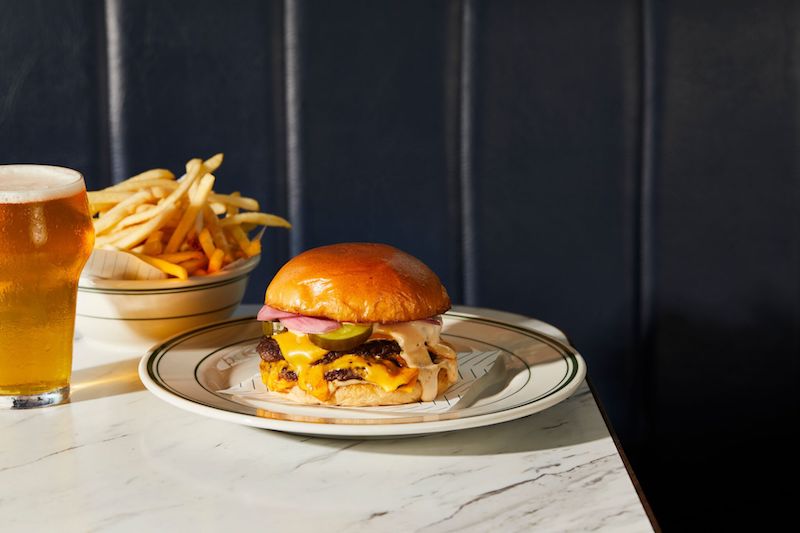 From the ol’ South to the sunny shores of Mexico, you can also find visually striking tacos, taking their cues from Fogg’s time spent living in North America. While hand pressed tortillas and fillings like cajun spiced fried soft shell crab carry potential, you’re unfortunately left chasing for that final wallop of flavour. 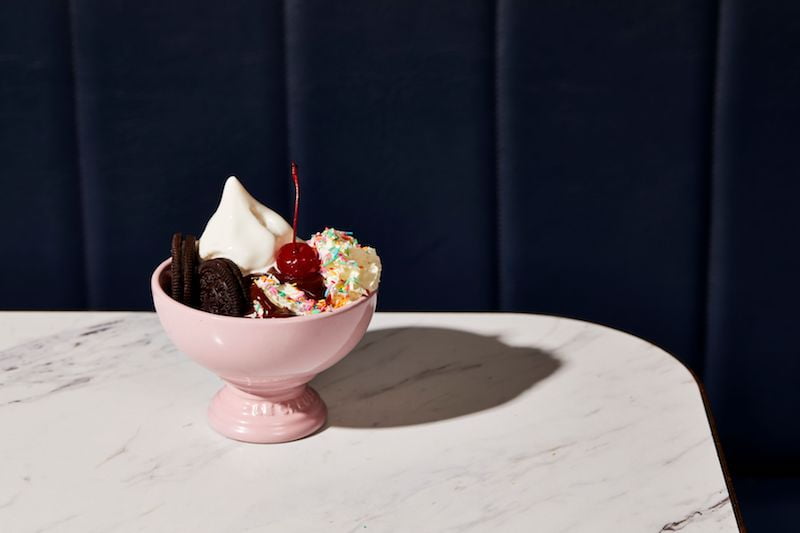 While tackling a hoagie roll may induce the meat sweats, you’ll want to leave room for dessert, with delights including the Sundae du Jour ($16) made with dairy or coconut soft serve and the Dessert du Jour ($10). On a good day, you’ll see a giant lemon meringue pie being pulled fresh out of the oven.

As the for the all important drinks front, tinnies take up a prominent spot, while classic cocktails including the Negroni ($18), Old Fashioned ($17), Southside ($17) and Bloody Mary ($18) are frequently shaken and stirred by the talented bar team.
If you haven’t been to Nighthawk Diner, or it has been a while between visits, it’s time to get acquainted. Transcending the notion of the novelty restaurant, Nighthawk captures the essence of great American diner culture, letting the dishes speak for themselves in a fun, laid back setting.