The Ultimate Guide to Mardi Gras 2019

Mardi Gras is just around the corner! Have you made a plan?

It’s that time of year, the annual Mardi Gras Festival is back! Celebrating its 41st anniversary, the Sydney Gay and Lesbian Parade is set to be more glitter loaded and fabulous than ever before. The parade marks the fantastic finale to the festival, but there is so much more happening in and around Sydney. From theatre productions to pool parties, here’s your ultimate guide to this iconic LGBTQI+ festival. 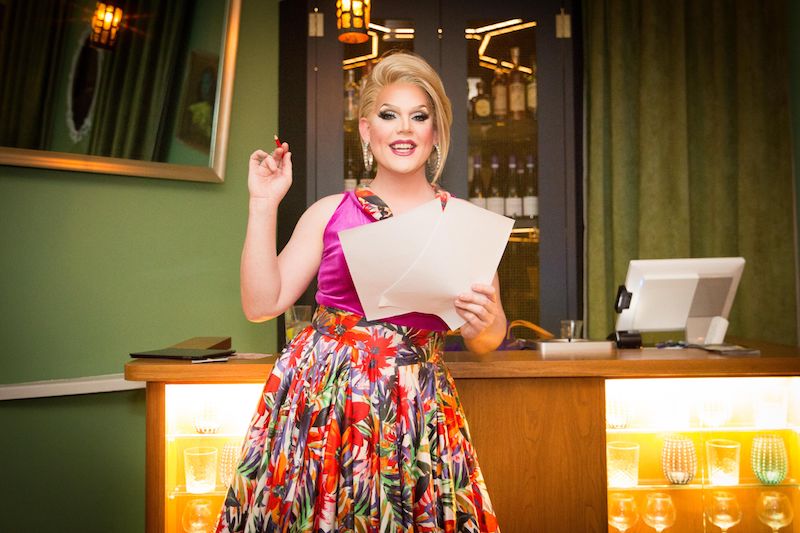 Get runway ready this Mardi Gras at Redfern’s Misfits, as this 70s-inspired watering hole gets set to host the ultimate catwalk. Hosted by Drag Queen extraordinare April Fools, head up the stairs and enter through the secret bookcase for an evening of glitz, glamour and plenty of KWEEN music. Miss Misfits will be crowned with a tiara, sash, sceptre and gifted a cash prize. With all that strutting, refuel in a booth with one of Misfits’ signature cocktails and some bites including corn bread with whipped black garlic butter; kingfish ceviche or even a bacon cheeseburger. Pre-register by emailing hello@misfitsredfern.com.au or if feeling spontaneous, enter on the evening. 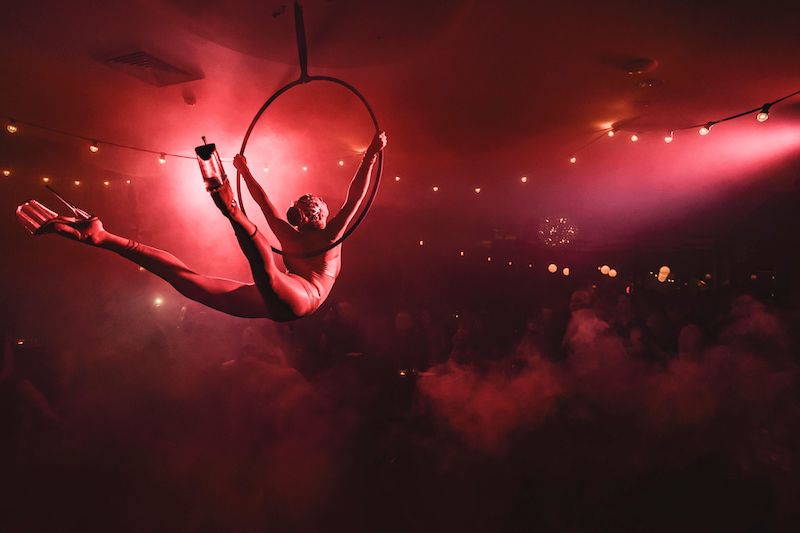 Deemed the ultimate dinner and drinks show for adults, The Birdcage Sydney gets set to present a special one-off Mardi Gras performance! Titled ‘Fearless’, punters can expect a tantalising world of Lady Birds and their fellow artists. For $103.53pp, enjoy a glass of Mumm Grand Cordon on arrival, a 3-course banquet and the show spectacular! 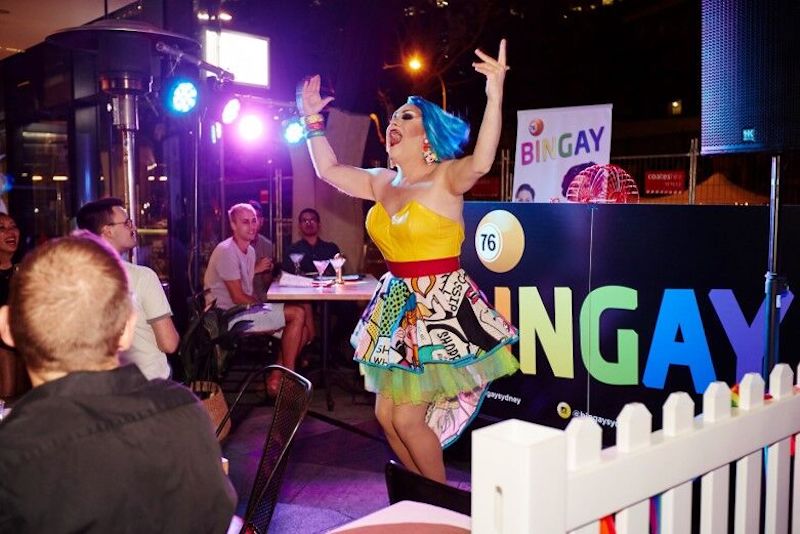 Head to Barangaroo this Mardi Gras, as it transforms for the second year for its Colour the Streets. A mini program of events will see a colour installation by Goldberg Aberline Studio, who are recreating their ‘Live for Love’ installation. As well as a big night of Bingay, PRIDE pins, an express makeover station at David Jones’ MACTIVATION and True Colour International consultations. Be sure to pencil 16th February to 3rd March in the diary, as things are about to get glitzy. For more information on what’s happening in Barangaroo this Mardi Gras, click here.

Indie Westie Party Starters Heaps Gay are transforming Manning Bar in Chippendale into a party spectacular once more! After a sell-out event in 2018, guests can expect a new futuristic and fabulous world where “the queers are the Qweens!” With 3 stages across Manning Bar and the Gardens, you’ll want to secure your tickets quick.

The 41st Annual Sydney Gay and Lesbian Mardi Gras Parade is so close you can almost see the glitter. Tens of thousands of fabulous participants will be strutting, singing and dancing in the streets for one spectacular night of entertainment. Bars along Oxford Street and Flinders Street will be selling seats at a premium price to get you right next to the action, in the spirit of the festival and provide the cocktails.
DETAILS
When: Saturday 2nd March, 7pm-11pm
Where: Oxford & Flinders Streets, Darlinghurst

If you can’t wait for the Parade, start your celebrations in summer style by spending the day at the Ivy Pool Club Party, an exclusive party in the heart of Sydney’s CBD. As with all good adult pool parties, there will be beats and booze. Think cocktails, DJs, palm trees, cabanas and lots of sexy people! The line up of DJs will be announced soon so keep your eyes on the Mardi Gras website. This party is selling fast, with the third release of tickets available. 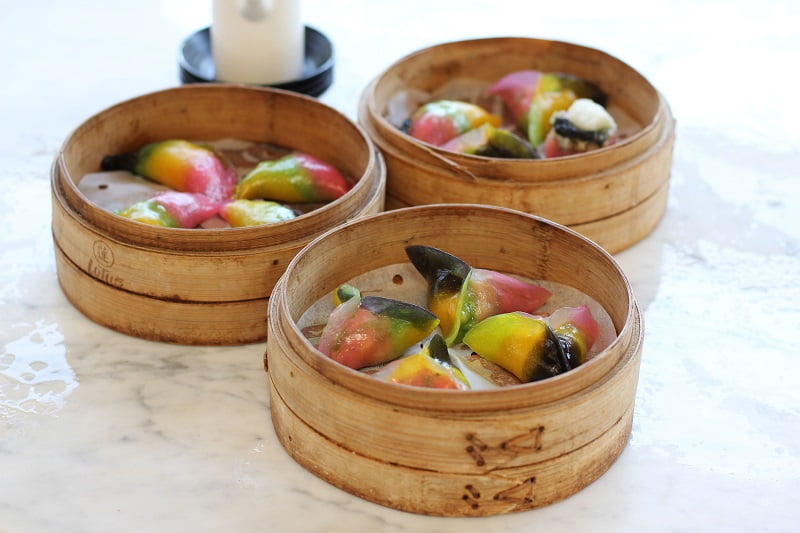 Glow Up Dumplings at Lotus Dining

Lotus’ famous dumplings have undergone a very special ‘glow up’ to add a little more colour to the Mardi Gras celebrations. As the saying goes, you are what you eat, so why not be a rainbow dumpling!? These rainbow dumplings are available at Lotus Barangaroo as part of Barangaroo’s Colour of the Streets celebrations. They will also be available at Lotus Galeries and Madame Shanghai.

If standing on an old milk crate to catch a glimmer of the parade isn’t your style, get yourself one of the best seats in the house to watch the festivities pass right by whilst enjoying a curated canapé style menu at Madame Shanghai. For $130pp enjoy menu highlights including snow pea and scallop dumplings, calamari with pepper berry salt, kingfish sashimi and crab bao. $10 from every ticket foes to the Sydney Gay & Lesbian Mari Gras Foundation.

Mardi Gras at The Winery

The Winery is hosting a four day party this Mardi Gras, and want you to come celebrate! Head into this Surry Hills haunt for a nightly BBQ with favourites including prawn skewers, chicken wings, waygu beef sliders and more. Along with the tribute tunes and BBQ meats, you can also expect the ultimate drag battle. Starting with 3 heats, 2 Queens will slay the stage with iconic pop songs in the fight to win your love and send them into the grand final. Your 3 favourite Queens voted into the final will perform on the last night in a battle royale to win the title of ‘Winery Surry Hills Lip Sync Champion’.

The Festival kicks off from Tuesday 26th February – Friday 1st March, starting at 6pm each night. Tickets $20 and includes an Absolut cocktail on arrival. $5 from every ticket sold will be donated to Black Dog Charity.

DETAILS
Mardi Gras Party at The Winery
When: Tues 26th February – Fri 1st March
Where: The Winery, 285a Crown St, Surry Hills
Tickets: Tickets are $20pp for a nightly session. To purchase yours, click here. 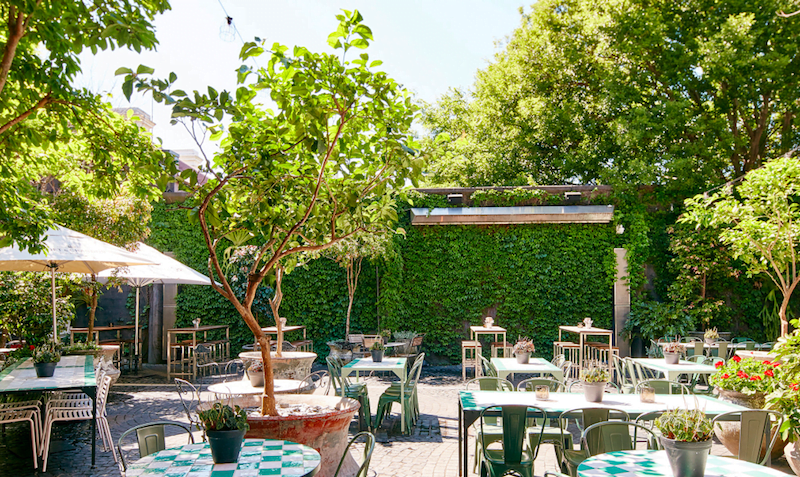 The Beresford Hotel has long been celebrated as an iconic destination for the LGBTQI community. This Mardi Gras, the iconic pub will be holding a suite of events to ensure you lap up the festivities over the fortnight. The parade will be live streamed on the big screen in the Bero courtyard, so you can enjoy the view from the comfort of a seat.

Back-up the festivities the next day with the ultimate recovery event as the Laneway is transformed into one big dance party. Expect DJs and a couple of surprise live performances to take the edge off the night before.

Be sure to try their official Mardi Gras cocktail, the Absolut YASSS QUEEN. The truly outrageous pink tipple, featuring Absolut Lime, watermelon and citrus can be bought for $12 with $2 going to the Bobby Goldsmith Foundation, Australia’s longest running HIV charity.

Now in its third year, Queer Art After Hours is returning to the Art Gallery of NSW. You can expect an explosion of queer art around every corner, along with queer musicians, DJs and performers. Featuring pop-up bars, tongue-in-cheek art tours, hands on workshops, live music, queer art history stories and your last chance to see the major exhibition Masters of modern art from the Hermitage, this is one fabulous night not to be missed.