Take a trip to the Caribbean without ever leaving the CBD at Lost Luau, a new Tiki pop-up bar.

Summer is just around the corner, and so what better way to celebrate the start of those balmy months than with the opening of a tiki pop-up bar. Come Friday 1st December, CBD workers and cocktail fanatics alike are invited  shake off the working week with a visit to Lost Luau.
Taking over the old York Trading site on York street in the CBD, Lost Luau comes as a fun collaboration between Burrow Bar duo Chau Tran and Bryce McDonough teamed with Tom Bulmer from Sydney Rum Club. The idea came from a number of successful parties and rum festivals held by the group, with the word ‘luau’ being a Hawaiian reference for a family gathering or celebration. 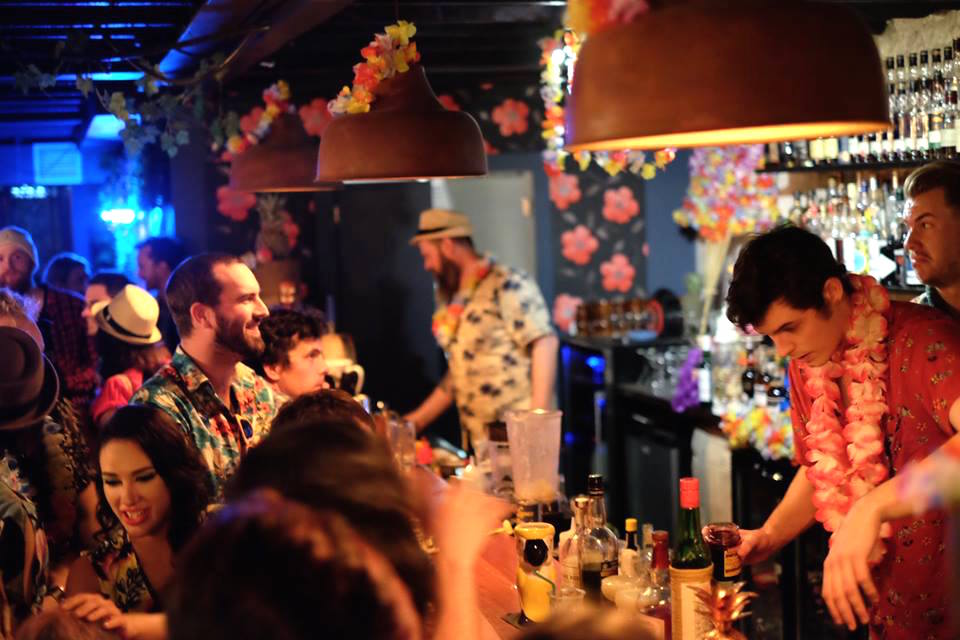 At Lost Luau, expect plenty of rum, pineapples and umbrellas on the drinks menu, as the team shake up tiki concoctions with love. They aren’t messing around either, poaching Joy Mou (ex-Eau de Vie/Monopole) to manage their floor.
When it comes to the food, the kitchen will run late into the night with share-style rustic Island bites. At the helm will be chef Phil Spence, who represents the Island Boys from Marrickville’s Factory Theatre. Spence and his team are excited to bring a traditional Caribbean flavour to complement the tiki pop up menu. Phil’s Jamaican heritage and training in London’s michelin starred restaurants and as Luke Mangan’s sous chef before heading to Australia, offers some of an idea of what to expect to be featured on the menu.
Gear up to have party island-style this summer. Lost Luau opens to kick off summer on the 1st December at 4pm.
DETAILS
Lost Luau Tiki Pop-up Bar
When: running from 1st December 2017 – 28th February 2018
Where: 28 York St, Sydney
Operation hours: Monday – Saturday Lunch 11am – 3pm, Dinner 5pm – midnight. The pop-up ends at the end of summer.
For more information, check out Lost Luau’s Facebook page here