Every day feels like a 1950s Hawaiian holiday at Jacoby’s Tiki Bar.

How many Thai restaurants in Newtown hire a security guard to check IDs at the door? This is your first clue a new bar has just opened. The team behind popular Newtown bar, Earl’s Juke Joint, have opened a new bar in Enmore called Jacoby’s Tiki Bar. Like Earl’s this bar is hidden behind a facade of a former tenant. For Earl’s it’s an old butcher shop, for Jacoby’s Tiki Bar it’s a Thai restaurant.
The name of the bar is inspired by a character from David Lynch’s Twin Peaks, an American mystery drama television series. Dr. Lawrence Jacoby was a highly eccentric psychiatrist who grew up in Hawaii and remained fascinated by the island and all things tiki. So pack your passport, stepping into Jacoby’s Tiki Bar is like stepping into a 1950s Hawaiian resort bar. The walls are covered in amazing banana leaf wallpaper, bamboo covers the bar, there’s a rattan ceiling and plenty of trinkets scattered behind the bar including a vintage Twin Peaks board game. Three tiki style carved wooden totems hold up the back bar which is covered in rum. 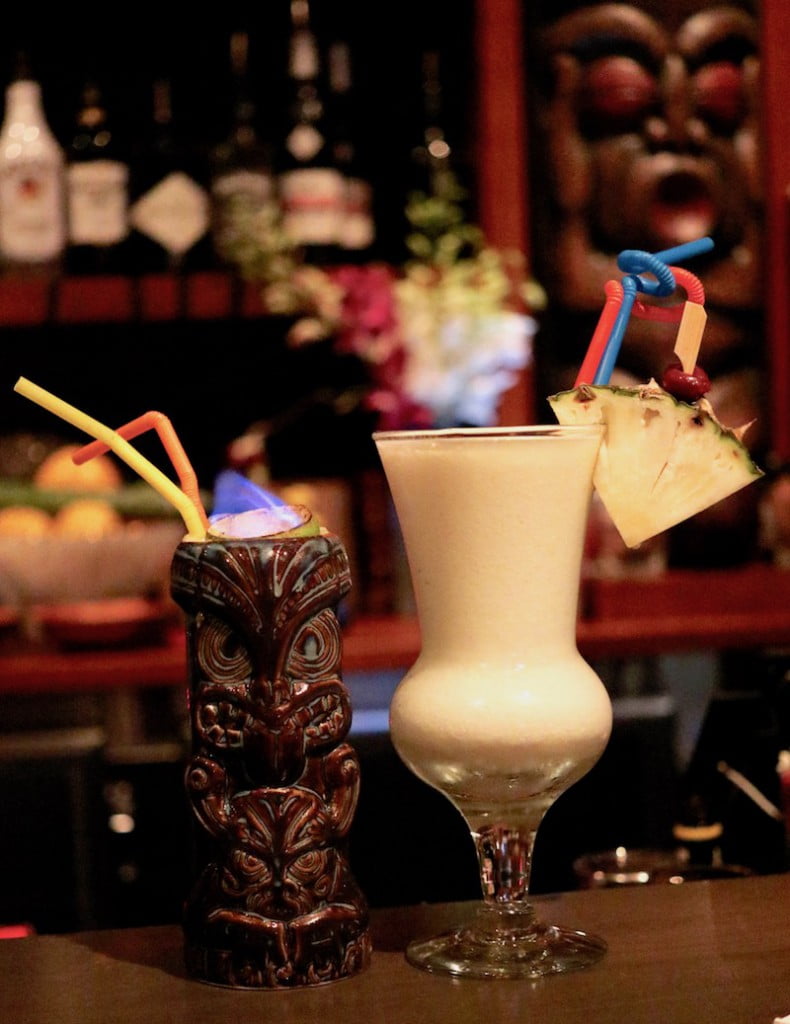 The drinks list is simple, a short two pager of ten different cocktails. Expect lots of twirly straws, cocktail umbrellas and flaming drinks. Ordering a cocktail at Jacoby’s Tiki Bar brings as much theatre as flavour with each drink coming in a unique vessel. Whether it be a ceramic tiki mug, oversized glass or a giant shell. Most drinks are around the $20 mark including the Fog Cutter a refreshing mix of rum, gin, sherry, orgeat, lemon and orange. It isn’t served on fire but if you ask nicely they might add an absinthe floater and set it alight. Nothing says holiday more than a pina colada. Try the Chi Chi, a blended slushie of vodka, macadamia nut, coconut cream, pineapple and lime. The macadamia nut gives it different creamy flavour.
Drinking with a buddy? The Scorpian ($40) is designed to share between two and comes with a warning. It “contains more sting than The Police”. On a double date? Be cute and share the Puke Punch ($75) served in a giant shell between four. Sadly no bell ringing or sparklers comes with this drink but it’s only a matter of time. 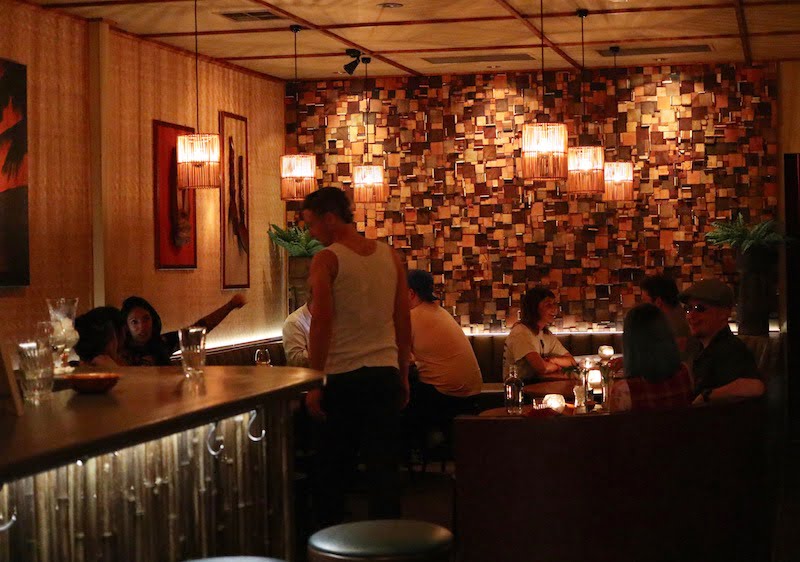 There’s no food at Jacoby’s Tiki Bar except a never ending bowls of plantain chips to snack on while you drink. And if you’re starting to get over the sweet tiki drinks they have beers and cider plus bubbles and some natural wines. 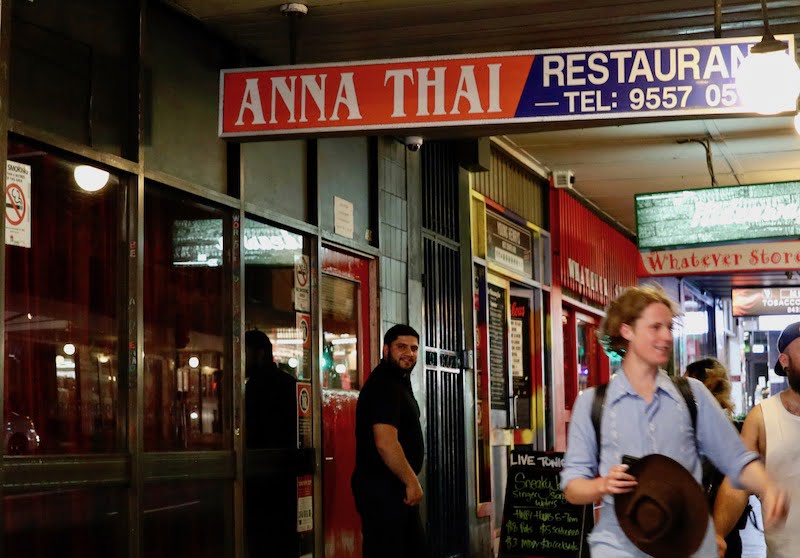 There’s no pretentiousness here, the staff are friendly, informative and genuinely excited to work here. Even the security guard seems to love his job. Who would have thought Anna Thai could be such a fun place to work.
Jacoby’s Tiki Bar
154 Enmore Rd, Enmore NSW 2042
Open Mon-Thu 5pm-12am, Fri – Sat 5pm-1am, Sun 5pm-12pm
www.facebook.com/JacobysTikiBar/