It had been years since we’d visited Hotel Ravesis in Bondi Beach. Most of our recollection is a hazy blur from one too many sundowners. After hearing of their recent renovation we returned for a late dinner one evening last week. Things had definitely changed. 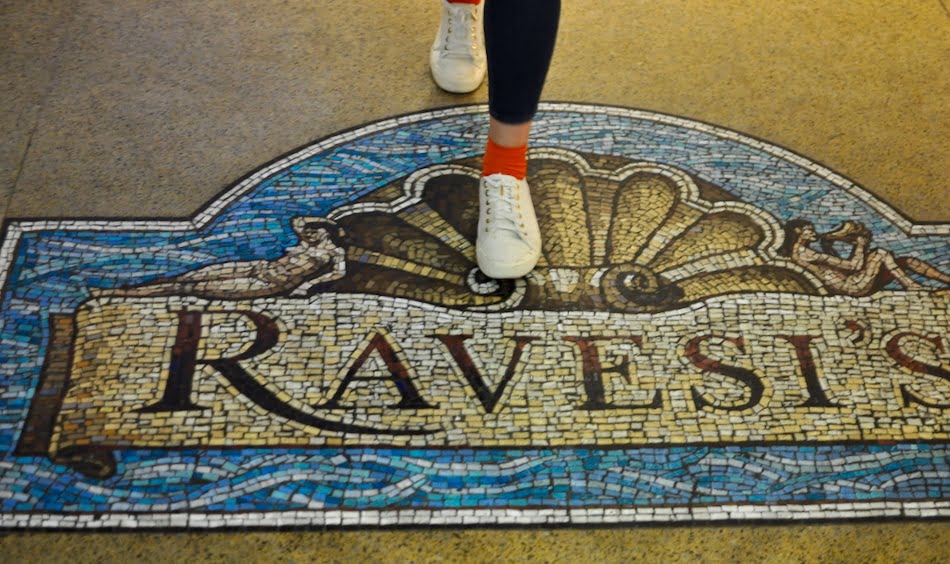 As we entered the popular Eastern suburbs drinking hole, established way back in 1914, the sound of live music filtered across the room. Scores of evening-goers bopped along to the Oasis cover band. Mounting the stairs leading to the Hotel Ravesis restaurant, the din gradually subsided and a more formal atmosphere took hold. 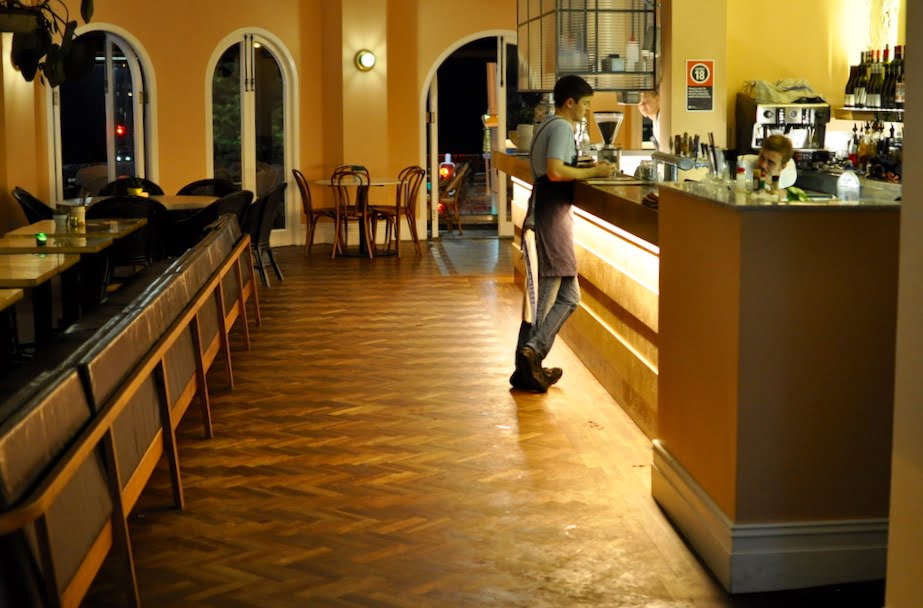 The gentle hum of conversation and the shaking of a cocktail in-the-making filled the huge open space. The retro, flamingo –pink walls and candle lit interior added to the Havana inspired, colonial vibe. 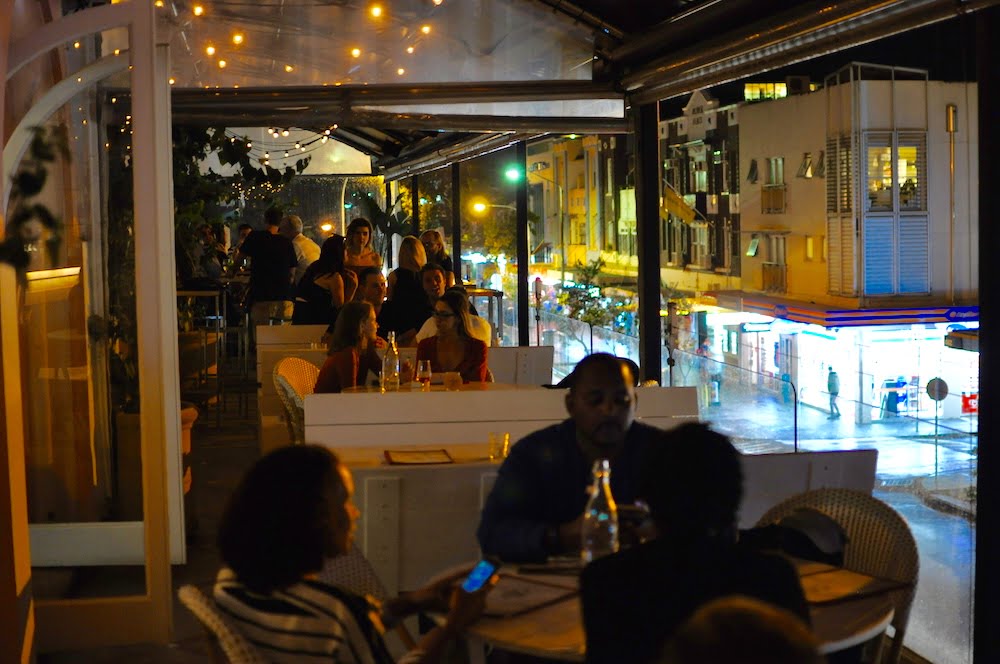 We were seated in a prime spot on the wrap-around balcony overlooking the Bondi panorama. Settling in with a G & T and the house Margarita, we enjoyed witnessing a spectacular summer thunderstorm. Forget the live band, we had lightening crashing over the ocean before our eyes. You could imagine the views would be equally as good, if not better, in daylight hours. 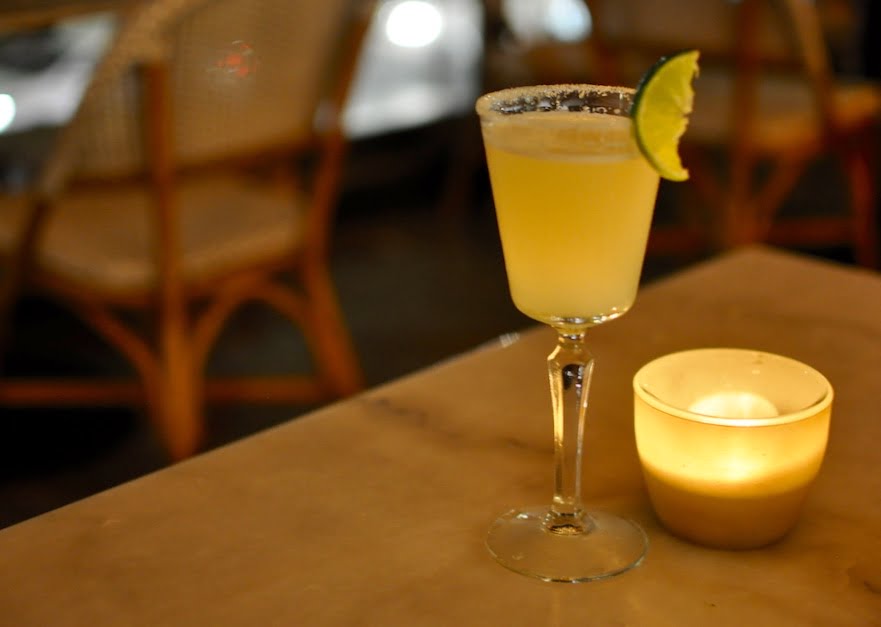 We started our meal with a round of Sydney rock oysters served with a garnish of fresh lemon and vinaigrette ($5 each). These were followed by tender, light scallops with romesco and sea asparagus ($22). The prawn sliders ($9 each) also caught our eye as we glanced in the open kitchen, but we decided to save ourselves for mains. 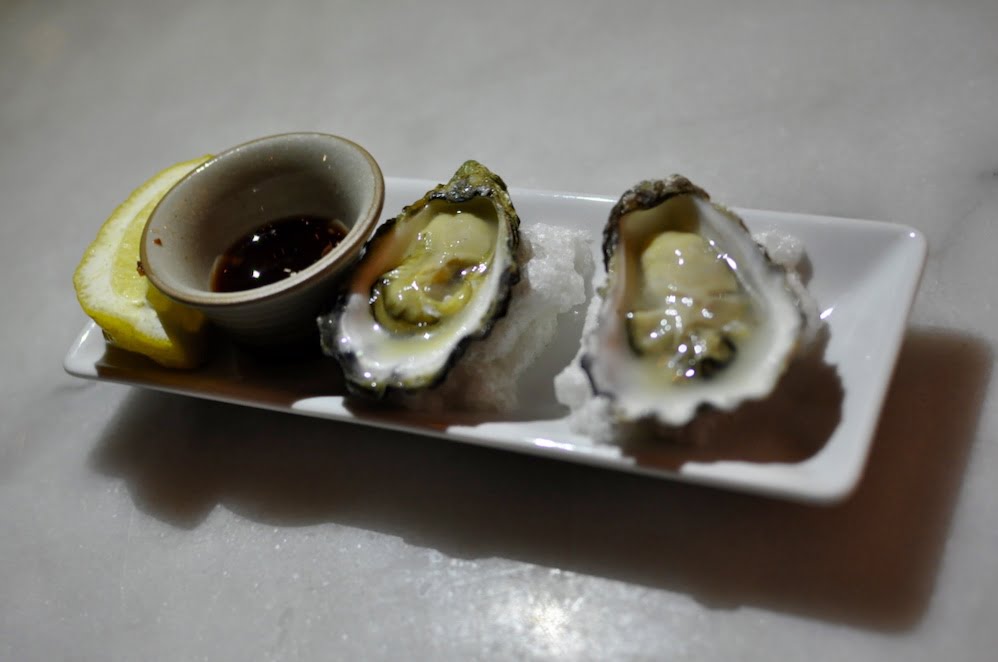 The new menu is the charge of newly appointed Head Chef Peter Streckfuss who comes to Bondi via his previous positions as Executive Chef at The Lemon Tree and Sous Chef at Sydney stalwart Catalina. 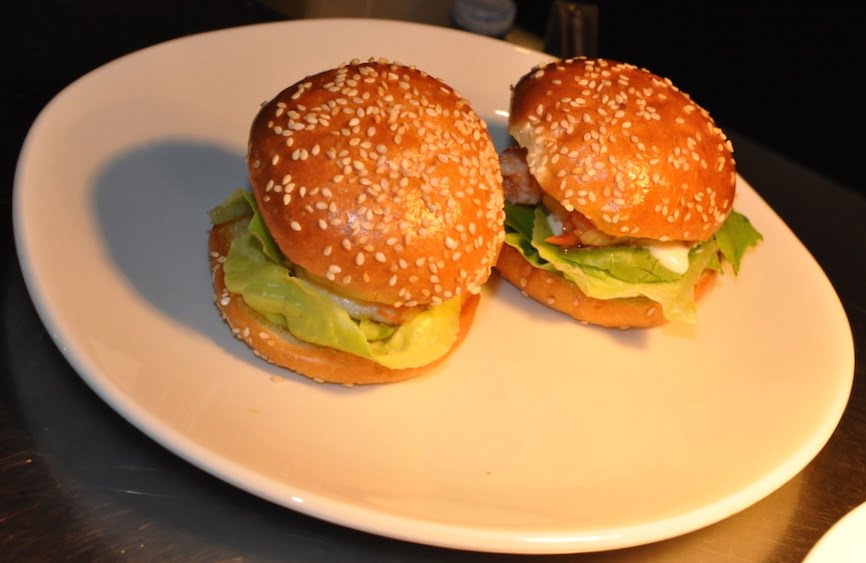 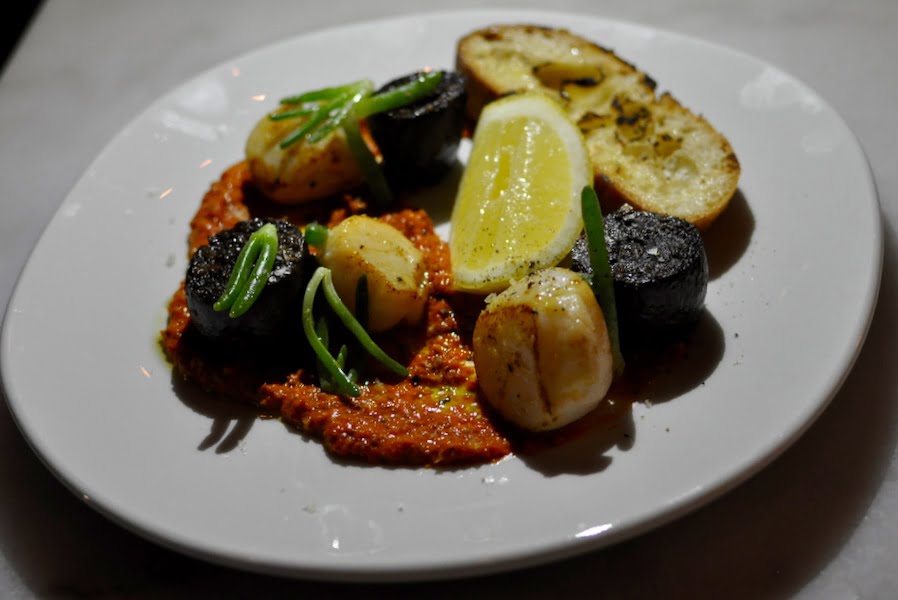 Paying homage to the ocean view, we continued with seafood for mains, enjoying crispy skin kingfish with a salad of fennel, blood orange and fresh herbs ($32). The kingfish was cooked perfectly with a crispy, salty skin. 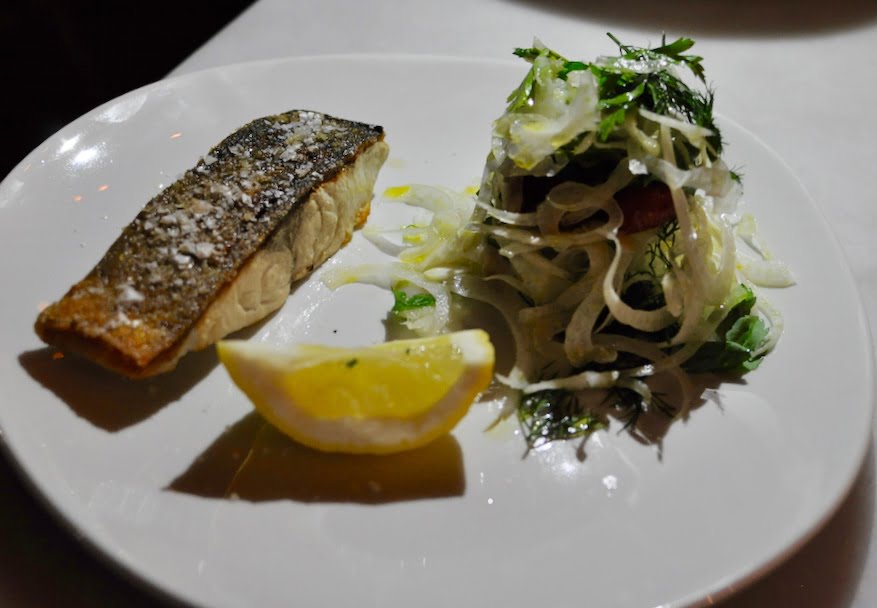 We were intrigued by the ‘Open Crab Lasagana’ and ordered it to share between the two of us. Our decision paid off. Served with a generous amount of crab and a light buttery sauce with hints of chilli and coriander, on fresh lasagne sheets, this unique dish is highly recommended.
Bucking the Sydney trend of ‘share menus’, the dishes are mainly suited for one person but there’s also a fantastic looking cheese board ($27) and selection of flat breads to suit groups. 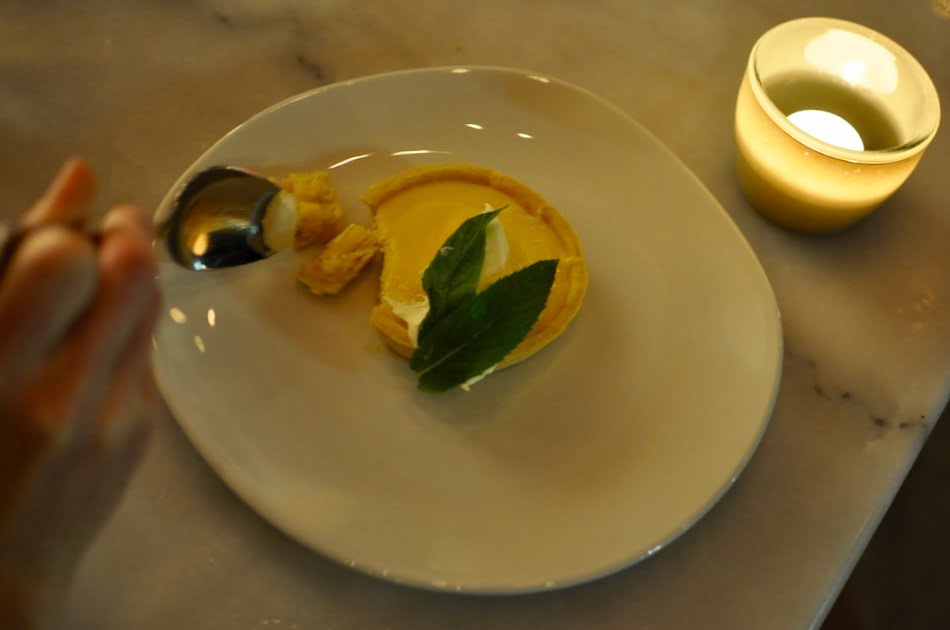 The menu’s dessert pickings were slim with a choice of lemon tart or vanilla panna cotta. The lemon tart with mascarpone and a dollop of cream ($16) was a nice wrap to a light, seafood evening.
Whether you’re rolling off the beach, looking for a relaxed but sophisticated evening or ready for a night out, Hotel Ravesis has you covered. We’ll be back for plenty more balcony time this summer. 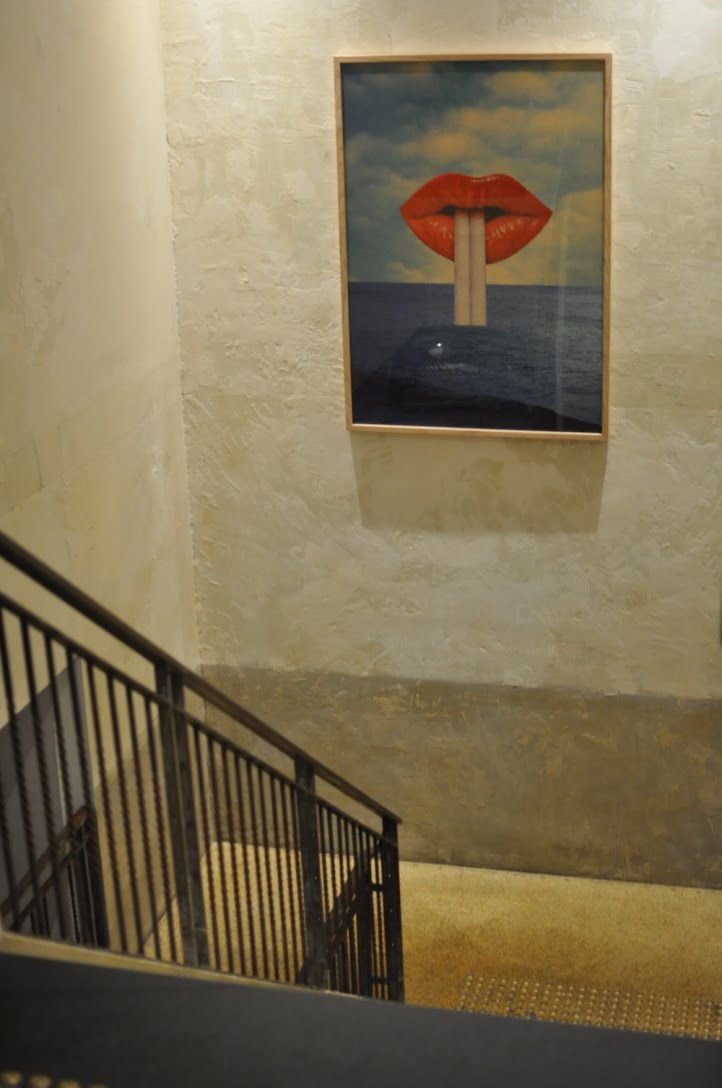