A new late night restaurant and supper club has opened on Victoria St, Darlinghurst above Tiger Bakers cafe where French restaurant Tastevin used to reside. It’s called Henrietta Supper Club and is the brainchild of the ridiculously talented peeps from Neighbourhood bar in Bondi-  Simon McGoram, Eddie Desouza, Josh Evans, Dominic Carnevale and Alex Howell.
The name itself pays homage to Darlinghurst’s rich history and is named after Elizabeth Henrietta Macquarie. Fun fact for you- Darlinghurst was once known as Henrietta Town, named after Governor Lachlan Macquarie’s wife in the early 19th Century. (Won’t you sound like smarty pants whipping that one out over dinner?)
Having won over the good people of Bondi the boys have opened a quality late night dining and drinking venue and it looks as though the Darlo crowd are just as impressed. Walk up the stairs into a dimly lit dining space with teal blue walls, banquet seating along the back wall and some very unique giant clamshell chandeliers. Make your way past the kitchen and towards the back of the venue where you’ll find an inviting lounge area and the main bar.

The food is a mix of modern British and Irish cuisine with some stellar dishes including the jerusalem artichoke soup, apple walnut salsa. Other dishes are suitable for ordering individually or sharing such as the pickled sardines, beetroot relish, poached egg, horseradish crème fraiche and the roast confit duck, prune, grilled endive.

The bar and supper club menu is available from 10.30pm and is a nice change from the usual late night burger or kebab run. The tuna ceviche with butter lettuce, lemonade fruit and chilli certainly sounds more sophisticated.

Drinks wise Henrietta’s offers both local and international wines plus a solid mix of classic cocktails and special creations.
We’re not sure what Governor Macquarie or Henrietta would have thought of all of this but we’re sold. 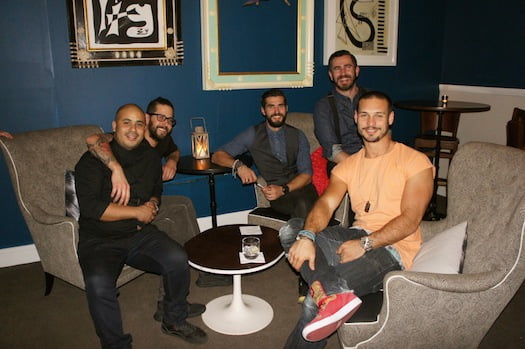