Game On At The Standard Bowl

My dear old dad dusted off his bowling shoes and accompanied me to the opening night of the Standard Bowl, the new bar/bowling alley that’s just opened above Lo-Fi in Taylor Square, Surry Hills. 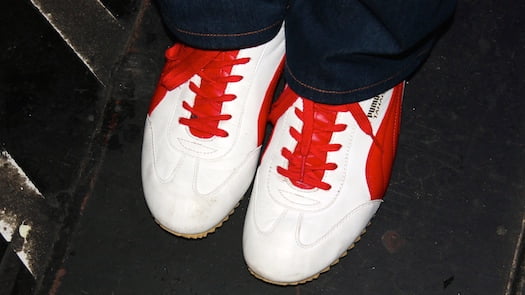 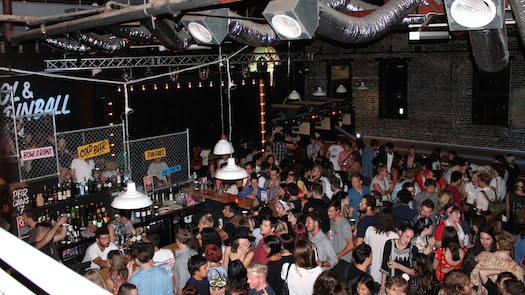 For all those bowling voyeurs, you can perch upstairs on the viewing platform and watch people hit the lanes. Order a beer and it’ll be couriered up via a beer pulley (something I think every home should have). There’s also those awesome retro pinball machines that used to be a dime a dozen, plus large pool tables standing along the ‘Rack ‘Em Up’ wall.

Downstairs, the walls are covered in murals of fifties pinup girls – there’s no better way to seduce tipsy bar-goers into bowling than pictures of beautiful, busty women holding bowling balls! 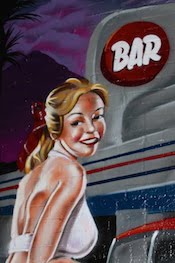 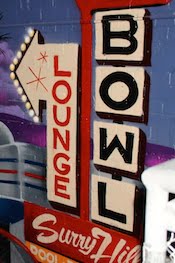 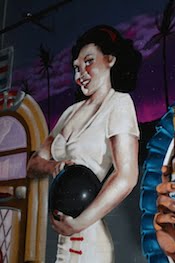 Johnny Wong dumplings gave us plenty of energy to channel into our arm extensions and ball release. Confidence came in the form of cocktails – namely a gin based creation called The Big Lebowski, which had a watermelon ball on a stick as a garnish and was my drink of choice. Two of those bad boys were enough to bring my dad out of his shell, and I found him later conversing with the DJ about God knows what. At least, I think that was what he was doing. He may have just been using the decks to hold himself up. 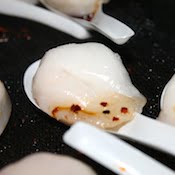 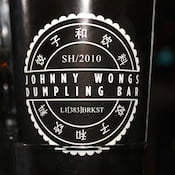 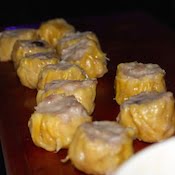 You’ll find four bowling lanes located at the furthest possible point from the entrance, meaning that on a busy night, you’ll have to push through the colourful crowd to get a game. This helps separate the real bowling enthusiast from the casual indulger. There are signs to help you find your way –  just follow the arrows. Once you get there, you’ll notice the bowling balls are smaller than usual, about the size of a rock melon, making them easier to handle after a few Big Lebowskis. 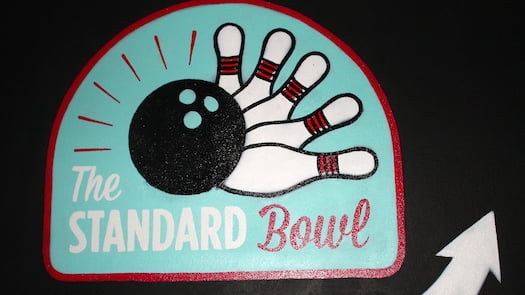 I left tipsy and partied well into the night, high on bowling-fever. And my long-suffering father? He went home to put on his robe and make himself a nice hot chocolate.
The Standard Bowl: Level 3, 383 Bourke St, Surry Hills
https://www.facebook.com/TheStandardBowl