A Foodies Guide To The Northern Tablelands

Why Wait To Discover The Northern Tablelands?

Australians are amongst some of the planet’s most intrepid travellers. Visit any of the world’s most striking or unique landmarks and you’ll unavoidably hear the Aussie accent dot the soundscape. This is as true amid the neon glow of New York’s Times Square as it is amongst the moss riddled stone of Angkor Wat and the dizzying heights of Machu Picchu. And yet when it comes to our own backyard, we are woefully under traveled. Seeing this great southern land is often something that we leave till later in life, like there is some unspoken rule that we must explore the world before we may our own country. But it doesn’t have to be that way, particular when there are many amazing things to experience only a short plane ride or road trip away. Indeed, the Northern Tablelands is only about an hour’s flight from Sydney.
Whether its exploring the cultural offerings of Armidale, the fodder and fare of New England’s foodie capital, Uralla, or the music and stunning landscape of Inverell, you’ll want to hire a car to be able take in and savour all that the region has to offer. Here’s our ultimate foodie guide on where to eat, drink, play and stay in the Northern Tablelands.

Where to EAT in Armidale 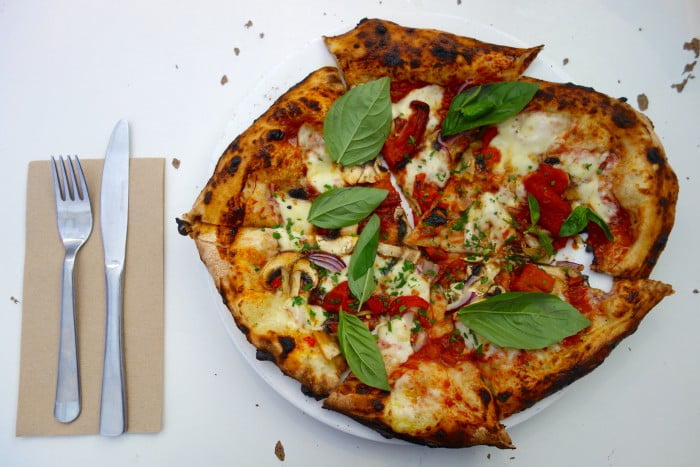 The much-loved Goldfish Bowl Bakery has been feeding the town of Armidale for five years. Run by brothers Nick and Josh Oxley, the award-winning bakery-come-café got its name when they first set up shop a stones throw away on Dangar Street where passersby would frequently press their faces up against the front window to see inside. The pair soon found that they needed more space and the moved to Rusden Street where they were able to incorporate a large indoor and outdoor eating area as well as pizza oven. The menu changes daily and is filled with predominantly organic ingredients. Head down on a Friday when it’s pizza day for a deliciously portioned cheesy-doughy dinner, in the heart of the Northern Tablelands.
Goldfish Bowl Bakery, 3/160 Rusden St, Armidale, 6771 5533 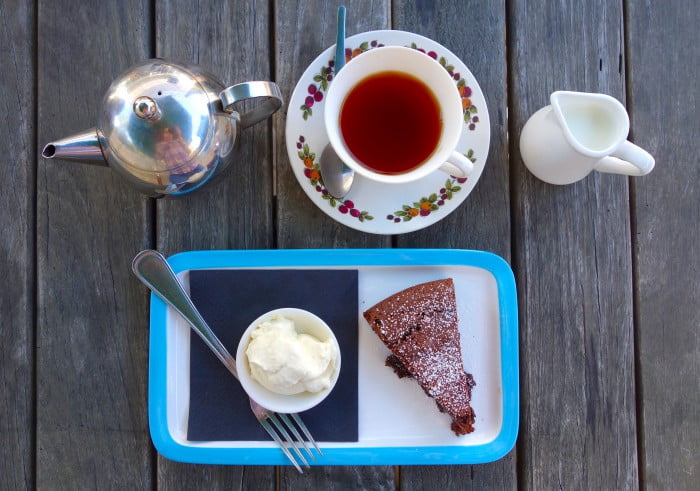 Where to PLAY in Armidale 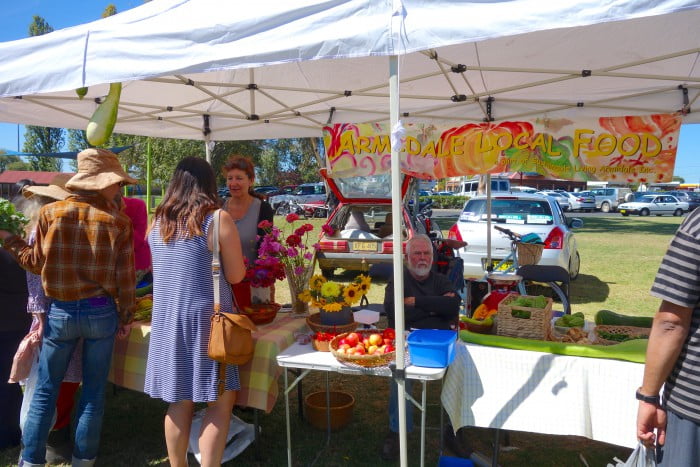 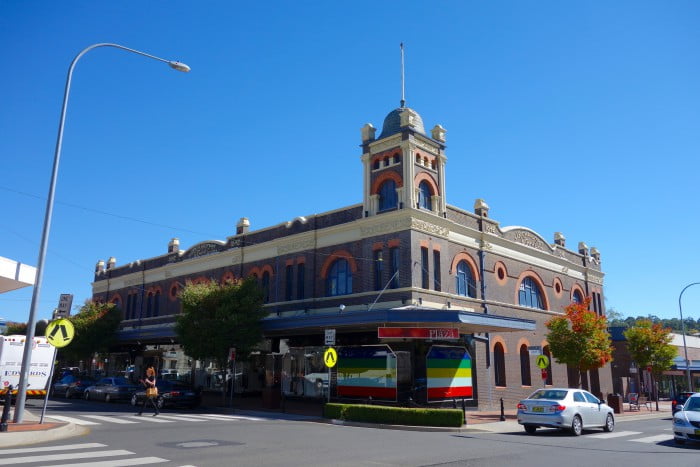 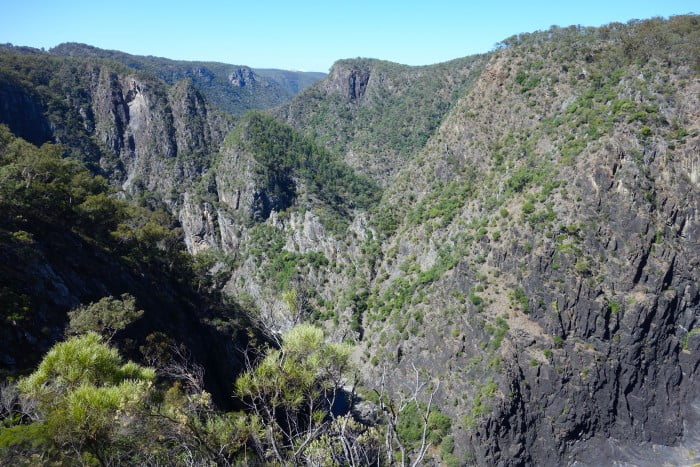 21 kilometres south-east of Armidale is the spectacular Dangars Gorge. Believed to have formed over the last 12 to 15 million years, it is home to Dangars Falls with a breathtaking drop of 120 metres. The Gorge Rim Walk will take you to the very edge of the falls and includes plenty of lookouts along the way.
Dangars Gorge, off Dangarsleigh Rd via Tourist Drive 19 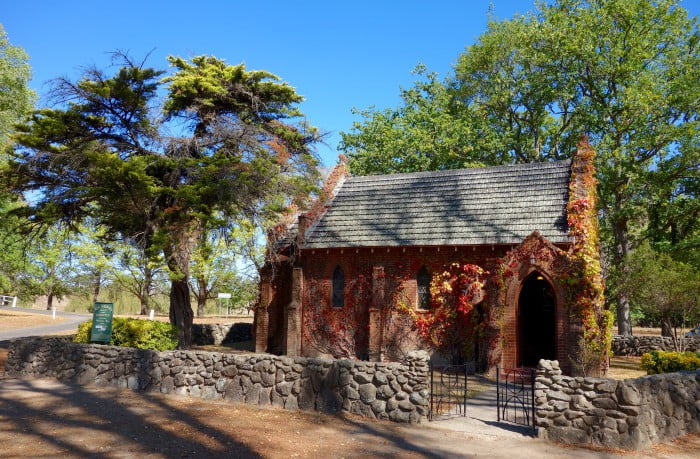 After visiting Dangars Gorge, continue along Tourist Drive 19 to Gostwyck Station. This picturesque setting is a favourite spot for photographers and wedding parties and it’s easy to see why. Built in 1921 in memory of Major Clive Collingwood Dangar who lost his life during World War I, Gostwyck Chapel spellbins as a tiny, brick chapel covered with Virginia Creeper and surrounded by a magnificent avenue of 200 elm trees.
Gostwyck Chapel, Gostwyck Station, Uralla-Enmore Rd via Tourist Drive 19 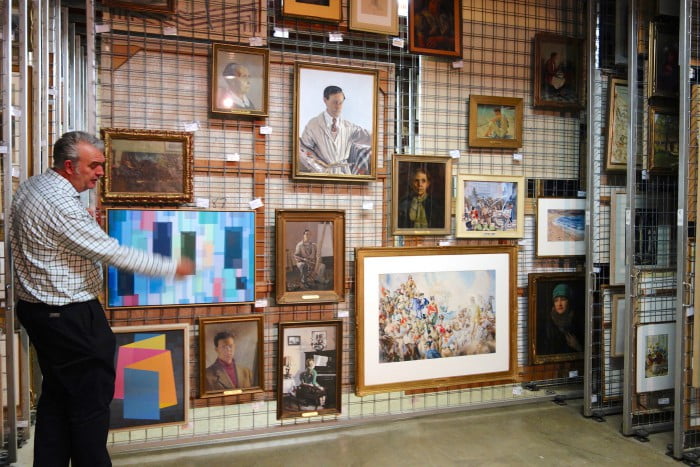 Home to some 5,000 works of art, including the Howard Hinton and Chandler Coventry Collections, the New England Regional Art Museum (NERAM) is nothing short of a revalation. Opened in 1982, it houses works by many artists including William Dobell, Margaret Preston, Tom Roberts, Thea Proctor and Arthur Streeton. The works cover a period from 1880 to present day. And with such a comprehensive overview of Australian art, NERAM offers a collection that is unmatched in regional Australia.
The Gallery also shows touring exhibitions from around Australia as well as works by local artists. But with so many works of art it is impossible to exhibit them all at once. Accordingly, for only $20 visitors are able to enjoy behind-the-scenes guided tours of the storage racks. Bookings are essential. There are also gala exhibitions openings, family fun days, artist and curator talks and music days to enjoy. As is the Museum of Printing behind the Gallery. This exciting space is one to watch, as it will soon be offering printing courses and workshops.
New England Regional Art Gallery, 106-114 Kentucky St, Armidale, 6772 5255

Where to EAT in Uralla 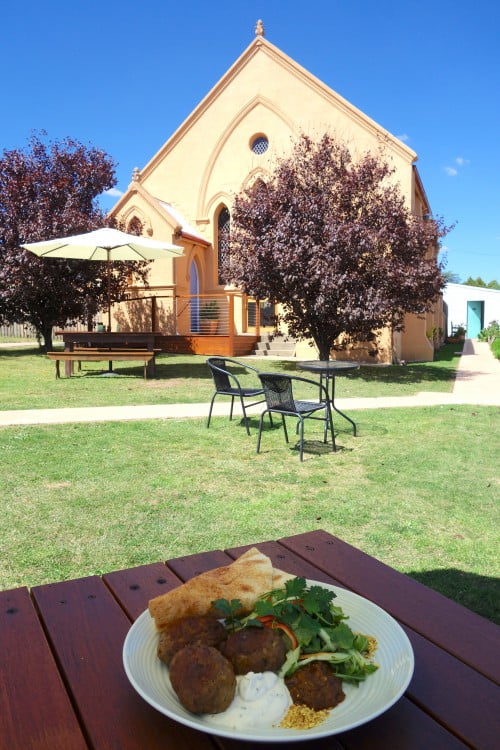 The family-run Naturally Healthy Wholefood Store & Cafe has only been open for just over a year but it’s effect on the local community has been immediate. Serving up nutritious and nourishing food, it is also the only health food store and cafe in the area that offers gluten-free, dairy-free, vegan and paleo options. The menu changes daily, but look out for their lamb meatballs with pita bread and yoghurt dressing. 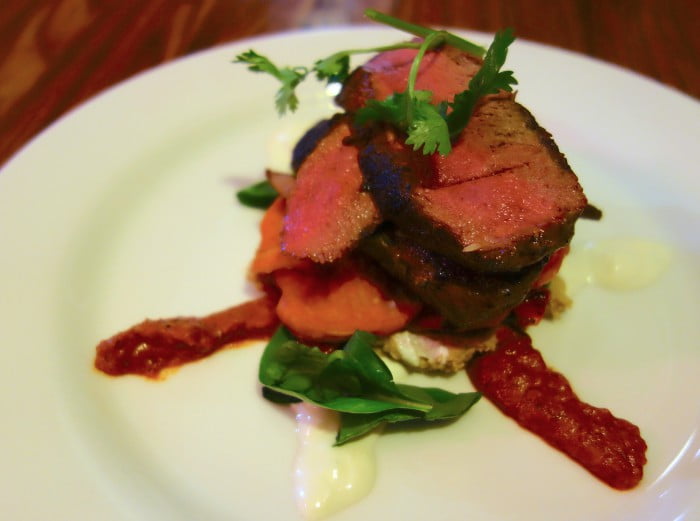 Officially, and cumbersomely, named the Coachwood and Cedar Hotel, the ‘Top Pub’ very much lives up to its local nickname. With a great selection of beer, including New England Brewing Company on tap, as well as an extensive menu that features both typical pub fare as well as some more gourmet offerings, it is a firm favourite of locals. Try the house speciality of New England lamb back strap seasoned with African herbs and spices, and placed on a bed of baby spinach, red capsicum and hummus. It is melt-in-your-mouth tender.

Where to DRINK in Uralla 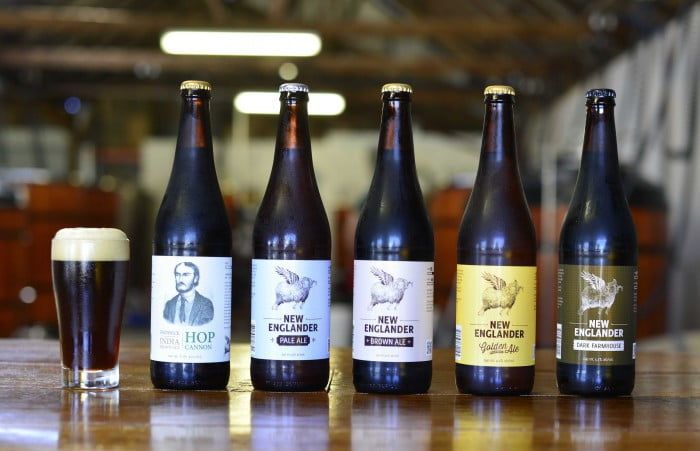 Located on the site of a historic converted wool store, New England Brewing Company began brewing its range of craft beer in early 2013 when owner, and former Sydney-sider, Ben Rylands decided to transform the face of regional beer. Armed with four open top fermenters, a hop cannon to dry hop, and a preservative-free philosophy, it was not long before this fast-growing brewhouse began brewing their Golden, Pale, Brown and Dark Farmhouse Ales. All of these are available on tap in the brewery’s tasting bar. If you’re wondering which beer with which to start, it’s definitely the Golden Ale. It is a refreshing, Belgian-style brew that uses both American Ale and Belgian Saison yeasts, fruit and clove ester aromas, and a clean, crisp finish.
Also available are seasonal releases and brewery tours by appointment.
New England Brewing Company, 19 Bridge St, Uralla, 0433 875 209 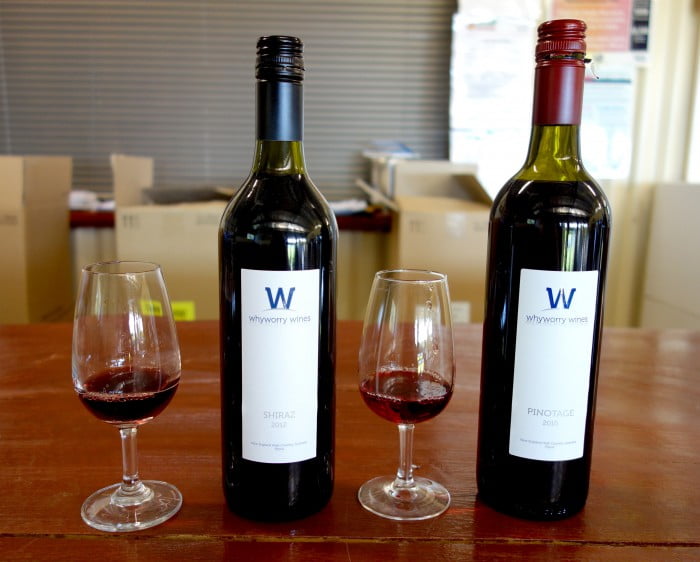 Situated 1154 metres above sea level, the marvellously named winery, Whyworry Wines, has the perfectly cool conditions for growing Verdelho, Riesling and Pinotage. Accordingly, owners Darryl and Robyn Carter have been racking up awards for almost ten years, ever since their Verdelho won bronze at the New England Wine Show in 2007. This honey and almond–noted drop most recently picked up gold. Try also the Pinotage. Originally a South African variety of grape, Whyworry has transformed it from a dark and inky drink to one that is palatably lighter.
Whyworry Wines, 376 Kingstown Road, Uralla, 6778 4147

Where to PLAY in Uralla 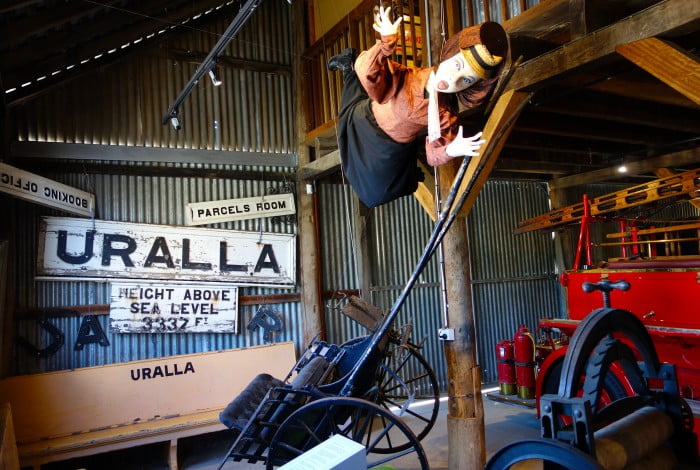 McCrossin’s Mill Museum is not being your typical regional museum. This quirky, multi-award winning gem of an institution is located on a lovingly restored three-storey flour will. Since opening in 1982, it now houses wonderfully empathetic, humorous and, at times, downright bizarre exhibitions. These include expositions of local characters and finds. It also plays host to a series of nine paintings by artist Phillip Pomeray. These include the life of gentleman bushranger Captain Thunderbolt, and a fascinating collection of Chinese artefacts from the Rocky River goldfields. Not to be missed.
McCrossin’s Mill Museum, 31 Salisbury Street, Uralla, 6778 3022 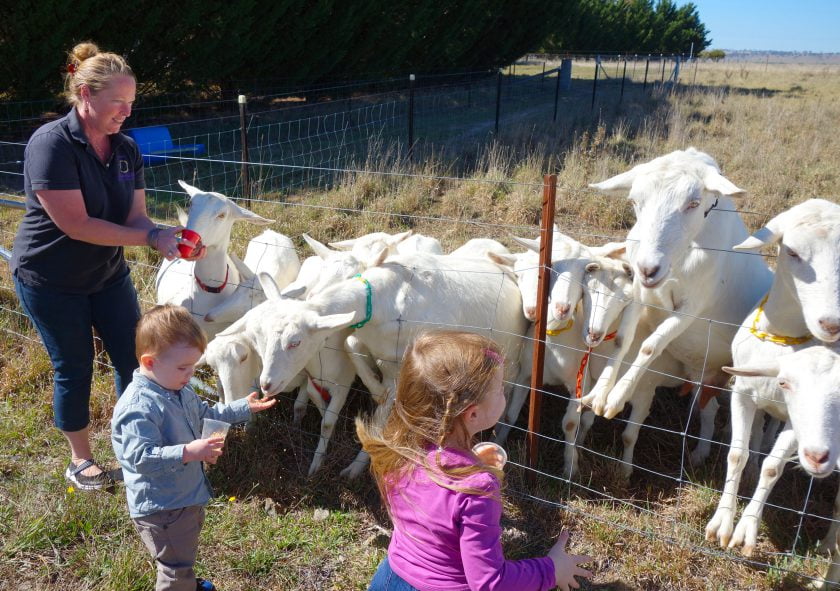 Adults and children alike will enjoy a visit to Sunhill Dairy Goats. This 12-acre goat farm is only 10 minutes drive from Uralla township and celebrates all things kid, nanny and cute.
On offer is Sunhill’s range of all natural goat’s milk skin care, as well as selection of their naturally homogenised and easily digestible cheeses, such as the semi-hard, cheddar-like chèvretine, marinated feta, and spreadable chevre, perfect for a pizza topping or on toast. And for only $5 per person, visitors are able to greet such goat superstars as Big Ivy, Flopsy and Saffron, and also feed them. But be sure to phone ahead.
Sunhill Dairy Goats, 645 The Gap Rd, Uralla, 6778 4505

Where to STAY in Uralla 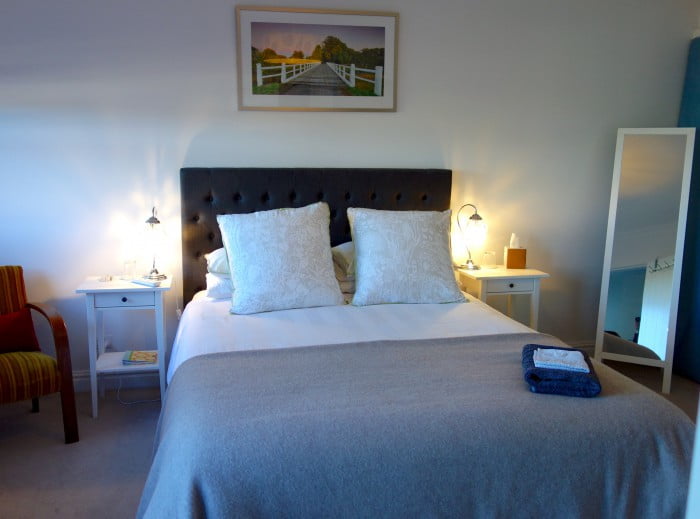 Aurelia’s Farm is a cosy, self-contained bed and breakfast situated on a five-acre block just two minute’s drive from the centre of Uralla. With a focus on comfortable, beautiful lodgings as well as local produce, it is the ideal spot to recharge your batteries after a day of exploring and escapading.
Aurelia’s Farm, 130 Gostwyck Rd, Uralla, 0434 408 163

Where to EAT in Inverell 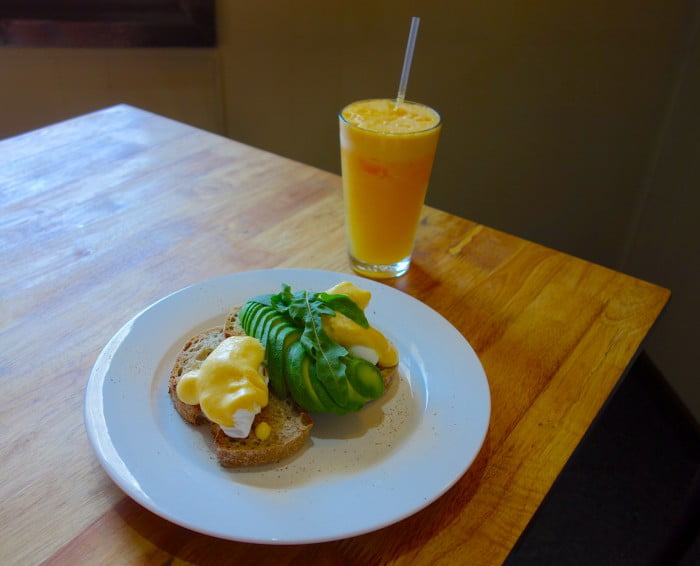 The Union Bar is much more than just a nightspot. Doubling up as an espresso bar and licensed café, this art deco-eatery serves fresh dishes throughout the day, including breakfast. Grab-and-go or for a more relaxed start or eat in with a hearty feed of avocado and eggs benedict on sourdough toast.
The Union Bar, 79 Ortho St, Inverell, 6722 3264

Where to PLAY in Inverell 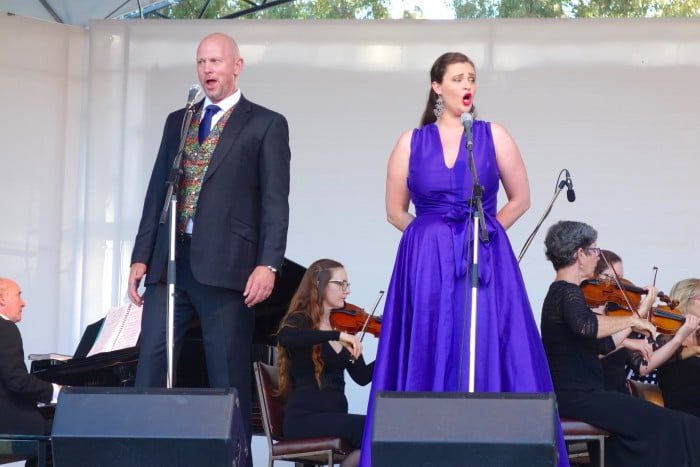 Opera In The Paddock

Opera In The Paddock has been going on strong for 14 years. Initially set in motion to develop the cultural infrastructure of rural Australia, the production now presents a fun and innovative annual program of opera, operetta and musical numbers. Held over two nights in early April, the first takes place at the University of New England’s Lazenby Hall in Armidale. However it is the performance under the stars at the ‘Mimosa’ Paddock at Delungra that is truly magical. Surrounded by nearly 1000 opera-lovers, this year’s production was led by renowned bass baritone Teddy Tahu Rhodes and conductor Timothy Sexton. The performance showcased everything from Mozart to Verdi to Rodgers and Hammerstein. And against the backdrop of eucalypts and setting sun, it was a simply a knockout. A truly unique Australian experience. Definitely check it out next year.
Opera In The Paddock, ‘Mimosa’, 273 Blyth’s Lane, Delungra

Where to STAY in Inverell 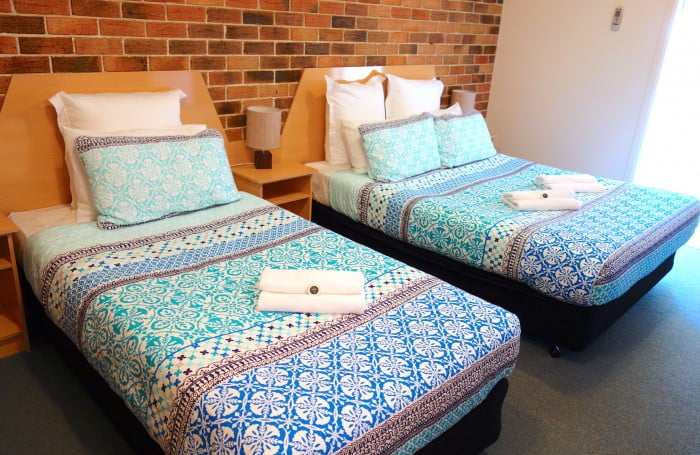 A short drive from the Inverell Central Business District is Inverell Terrace Motor Lodge. With a 4-star rating, 18 motel units as well as a three-bedroom cottage, it has everything that a visitor would need. The rooms are comfortable, tidy and quiet, allowing for a restful night’s sleep. But there is so much more in the Northern Tablelands to try!
Inverell Terrace Motor Lodge, 28 Warialda Rd, Inverell, 6722 5200

Love the Northern Tablelands? What about our guide to South West Rocks?