Dine With A Purpose

Going out for dinner is a luxury that many of us are fortunate to be able to do. Regrettably, this is not true for all. Good food and good people bring communities together and it’s even better when we all come together for a good cause. There are some amazing restaurants and cafes around Sydney raising money and support for those less fortunate in our community and around the world. So, if you’re searching for something a bit more than just a nice meal, here’s our list of places in Sydney to dine with a purpose. 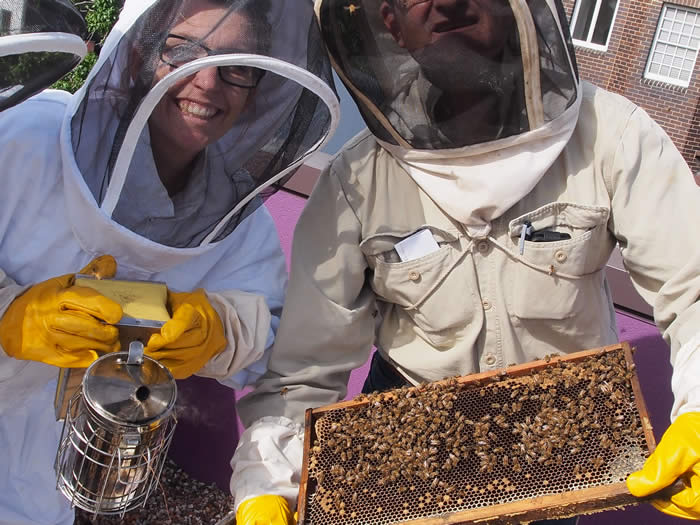 Billy Kwong at Potts Point not only serves some of the best, gourmet Chinese food in Sydney, it also lends a helping hand to those in need. The restaurant has partnered with Wayside Chapel, a charity down the road from Kwong that supports those less fortunate. Many of the herbs grown on the Wayside Chapel’s rooftop garden, and jars of honey collected from the beehives are sold to Billy Kwong, and used proudly in all of their dishes. Billy Kwong has been vital to spreading awareness of the work that Wayside do, and shows how a small act of kindness can really help other members of our community.
Billy Kwong 1/28 Macleay St, Elizabeth Bay NSW 2011
To donate or get involved with Wayside Chapel, click here.

Walking past Zambero, you would think it’s just like any regular Mexican takeaway joint. However, the truth is even more delicious than their black rice filled burritos. For every burrito or bowl bought from Zambero around Australia, a meal is donated to somebody in the developing world in a mass Plate4Plate movement. Through the charity organisation Stop Hunger Now (SHN), a meal of a dehydrated combination of rice, soy/lentils, fortified with 21 essential vitamins is sent to ensure adequate nutrition for the receivers in third world nations. So far, over 6 million meals have been donated, all while you chow down on that delicious Mexican feast in your lunch break.
On October 16, Zambero double their commitment, sending 2 meals to someone in need for every burrito or bowl bought. Get your stomachs ready!
Zambero Darlinghurst 107 Oxford St, Darlinghurst , Zambero Sydney 24/1 Alfred St, Sydney, Zambero Coogee 231 Coogee Bay Rd, Coogee
Read more about Plate4Plate. 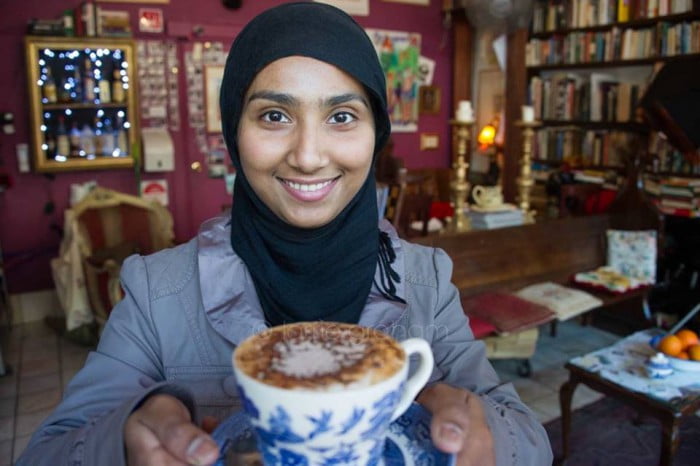 Two years ago, in a small house on the end of King Street in Erskineville, Ravi and Dalla Parsard made a decision to do more to help refugee and asylum seekers coming to Australia. They transformed their dining room into a cafe called Parliament on King, and set out a call to people of refugee status arriving in Australia. They started to teach asylum seekers and refugees the hospitality trade. Today, it has blossomed into a beloved cafe enterprise with a diverse crowd of staff, all looking for a fresh start. The cafe is not concerned about money. If you are a struggling artist who can’t afford your cuppa, they’ll open an account for you, where you can trade your art instead. A great cafe that makes a strong statement about how we should be treating our fellow human beings.
Parliament on King 632 King St, Erskineville 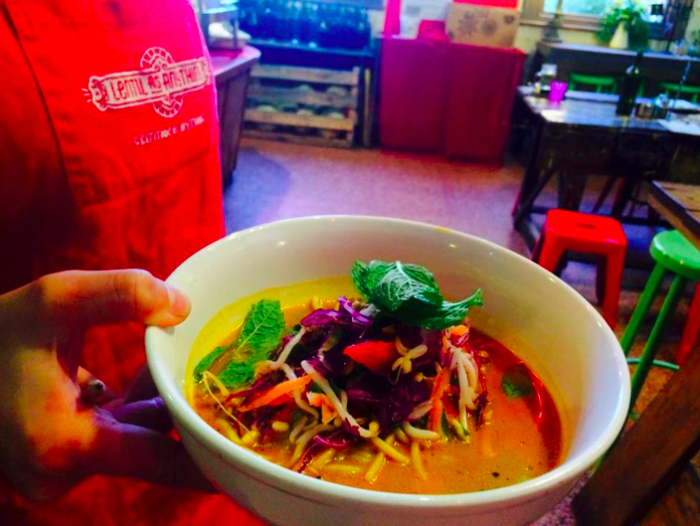 Lentil As Anything‘s mission is to feed the people of Sydney, without worrying about the restrictions of prices and costs. You pay how you feel at this humble establishment in Newtown, proving that values of character is more important than values of money. Trust, generosity and respect is required for those dining and working at the all-vegetarian restaurant, with a menu that changes daily. The restaurant also aims to promote multiculturalism and insists on hiring anyone in dire need of a job, especially the long-term unemployed. Lentil As Anything acts as an open community to encourage the acts of  kindness, despite a severely competitive market.
Lentil As Anything 391 King Street, Newtown

In one of Sydney’s oldest buildings resides the Gardeners Lodge Cafe, a place to celebrate Indigenous Culture. The cafe, which opened at the historic sandstone six years ago, offers education and training for Aboriginal students, wanting to work in hospitality. Run by Aboriginal Elder Aunty Beryl Van-Oploo along with two other hospitality teachers, the cafe is a place for the workers to learn and thrive in a supportive environment. It also educates the Australian pallet with delicious food, with a bush-tucker twist! A truly important cafe, offering opportunities to those who aren’t as fortunate as many of us are.
Gardeners Lodge Cnr City Rd & Parramatta Rd Camperdown 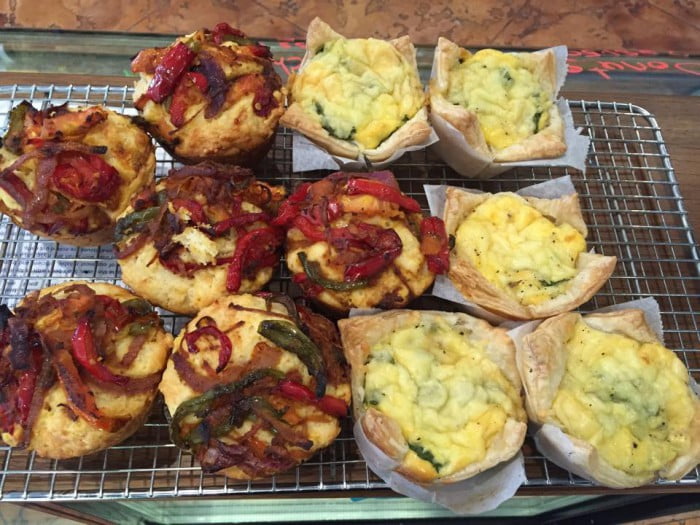 Community is certainly at the heart of Common Groundz cafe in Lalor Park. Entirely non-for-profit, all funds go towards supporting programs and projects to help the citizens of the suburb in Blacktown. It’s mostly run by passionate volunteers, who get to learn how to become master muffin makers and coffee artistans. The town has certainly experienced some hard knocks, but this has only made them stronger and more willing to lend a helping hand to their neighbour. People from all walks of life are welcome here – to eat, to drink, to work and to participate. 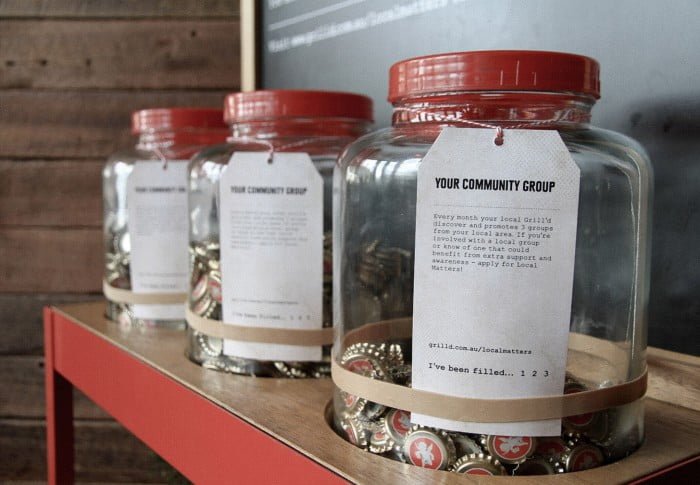 When Grill’d opened ten years ago, they wanted to offer their community something that no burger joint had offered before: burgers that were good for you and good for the community. Their Local Matters program has persisted throughout the years, helping different community projects every month around each local area. Customers are given a Bottle Cap after ordering, and are given the choice of which Community Project they want Grill’d to donate to. Then at the end of the month, the jar with the most bottle caps receives $300 from Grill’d, while the other two receive $100 towards their project. Grill’d has popped up all over Sydney, with one in almost every suburb, so this is a great initiative for helping ground-level projects, in need of a little more assistance.
Grill’d, locations all around Sydney 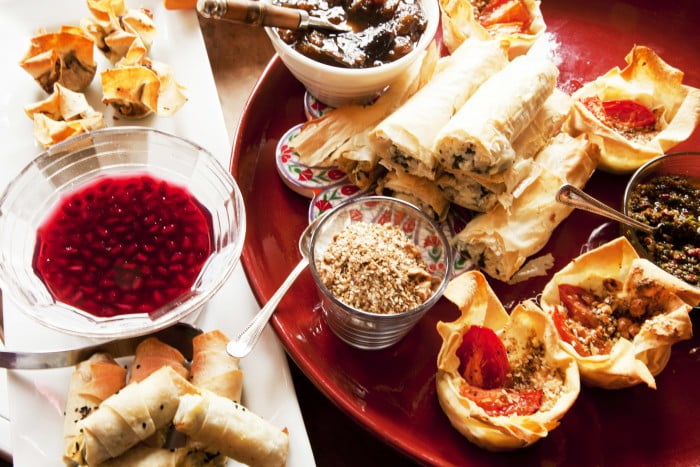 Gratia and Folonomo want to remind us to appreciate the simple things in life. Gratia (Latin for “Grace”) is Sydney’s first profit for purpose cafe, residing in Surry Hills. This business model is simple: 100% of the money they earn from customers, minus what they pay for expenses, goes towards charities of both the customers and staff’s choosing. 50% of the profit goes towards The Pure Foundation, and the other 50% goes towards charities voted on by customers. Having only opened this year, Gratia & Folonomo have already helped many needy causes and will certainly help more to come.
Gratia 372 Bourke St, Surry Hills
Folonomo 370 Bourke St, Surry Hills 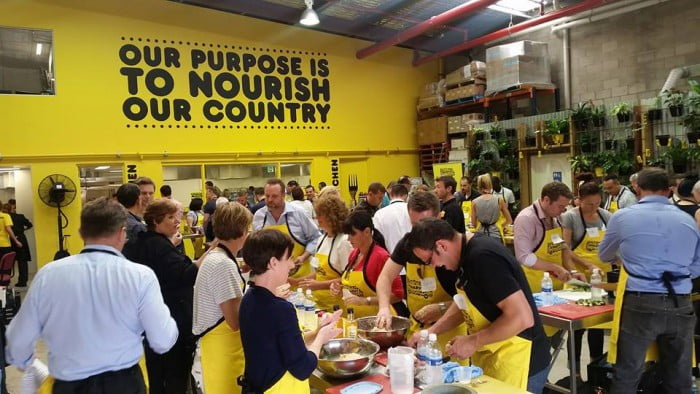 At OzHarvest HQ in Alexandria, Sydney’s best restaurants have relinquished their head chefs for a night, so they can cook up a storm for 40 guests a night in OzHarvests KitchenTable Dinners. With each KitchenTable Dinner, OzHarvest will be able deliver an additional 10, 000 meals to those who need it around Australia. A twist on a Robin-Hood style tale, Oz Harvest rescues food that otherwise would go to waste, and gives it to those who have none. They are the first perishable food rescue organisation in Australia, who have helped millions with their goodwill.
Keep your eye out for pop up restaurants that take over the OzHarvest Headquarters on Harris Street in Pyrmont! The last pop-up, Middle Eastern restaurant, Baraka, closed at the end of August but was able to give a percentage of it’s profits to OzHarvest.
OzHarvest 46-62 Maddox St, Alexandria
Buy tickets for KitchenTable Dinners here 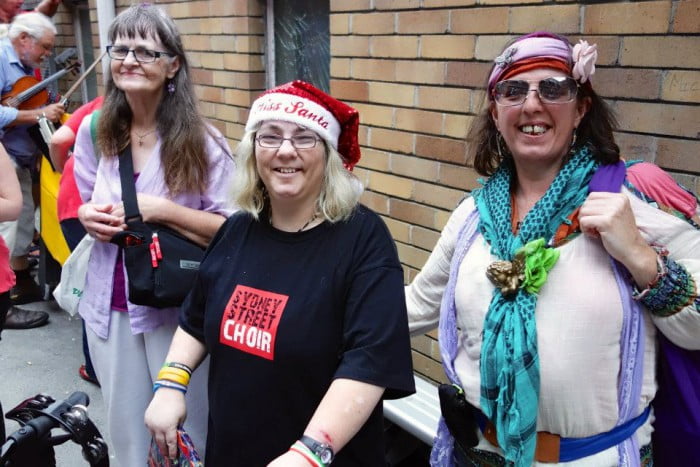 Winner of the “Food For Good” Award, the Inside Out Organic Soup Kitchen (IOOSK) offers help to the homeless in more ways than one. Every Wednesday night, the Soup Kitchen in Kings Cross offers shelter and warm meals to those in need. Founder Rob Caslick realised many of the people visiting his Soup Kitchen were fleeing a situation of domestic violence and wanted to help.  So this year, he started the Two Good Soup Project, a soup delivery service to corporate businesses. For every jar of soup you buy, another jar of soup is donated to domestic violence shelters, a young mums refuge and visitors of the IOOSK.  For spring, Two Good have now released a range of salads, one even designed by celebrity chefs Sarah Wilson and Mitch Orr from ACME.
At their Rooftop Garden, they are holding a talk called Nourish (Spring) on October 22nd, bringing together asylum seekers, refugees and chefs which will raise money for the many causes the IOOSK supports. Buy tickets here.
Inside Out Organic Soup Kitchen 28 Roslyn Street Elizabeth Bay
Order from Two Good Soup from here