Sip your way through the June long weekend at BREWS, BEATS & BURGERS, a mini beer festival at Pyrmont’s oldest pub.

As part of the Sydney Sostice program 2021, the Terminus Hotel will be hosting a free beer event from Saturday 12th of June to Monday 14th June. The three day festival invites beer lovers from near and far to gather with the regions best makers to share their passion for Australian made beer.

You can expect a cracking line up of new to the market beers, as well as some unusual beer flavours that are sure to impress. You will also be able to meet the makers behind some of your favourite beers as brewers from across Sydney and the region share their industry secrets. Some of the brands you can expect are Endeavour Brewing Co, Stone & Wood, Lord Nelson Brewery , Batch Brewing Company to Wayward Brewing Co, Young Henrys Brewery, Tribe Breweries, Barons Brewing, Bondi Brewing Co. Hawks Brewing Co. Mountain Culture and Yulli’s Brews.

Craft beer tastings available – pony, middy, schooner, paddles of 3 or in a Growler (a sealable jug for carrying draft beer) to take away.

There will be live music all weekend long to get you in the mood. You will be joined by some of Sydney’s best young talent including Benny Vibes, Nadya & Julien, Alex Gibson, Elodie Quintard, Billy Woodland and Jake Edgley. 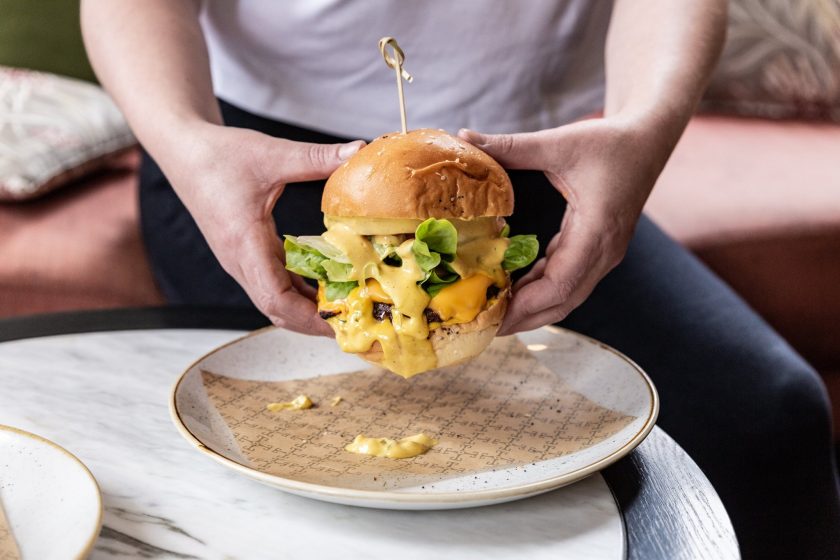 Because beers and burgers are an unbeatable combination, the chefs have crafted a banging burger menu that is sure to impress. Get hands-on with burgers featuring succulent pork, double beef, juicy buttermilk chicken, crumbed fish, or halloumi. These are some of the tastiest burgers Pyrmont has to offer. Don’t fret about those who are gluten-free and vegan – they have tasty options available for you too. Tuck into a burger, chips, and a sampler glass of craft beer for just $25 on each day.

Haven’t visited Terminus yet? Nested in the heart of Pyrmont on the corner of Harris and John street, this hotel is a true local gem. The building was constructed in 1863 and has since been home to Coopers Arms Inn and NSW’s largest brewery Tooth and Co in 1899. With a passion for beer in the roots of the building, there’s no better place to host this mini beer festival. The building was remodelled in 1917 to become the Terminus Hotel. It has been given new life and is now a local favourite for post-work tipples, weekend catch-ups in the alfresco dining space or casual date nights.

Find out more about Terminus HERE

Looking for more in Pyrmont? Check out our review on Mister Percy wine bar.