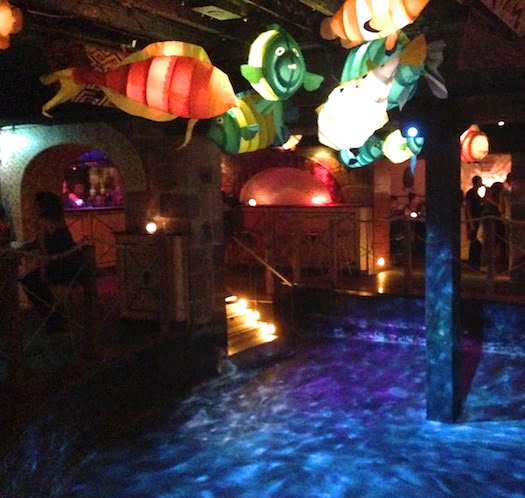 Nothing says ‘fun’ quite like a monkey in a hat full of booze. And who’s behind these cheeky monkeys? The boys from Surry Hills bar, Tio’s. Alex Dowd and Jeremy Blackmore are bringing Oxford St to life with their new bar/nightclub, Cliff Dive. The space was formerly inhabited by backpacker boozer, The Gaff and has been transformed into an underwater themed bar inspired by recent trips to Indonesia.
Head down a steep stairwell (girls in 15inch heels be careful) where you’ll be greeted by a large Pacific Island statue followed by a tropical paradise. My friends and I head straight to the bar where the friendly bartenders are dressed in theme and suggest some of their personal favourites from the cocktail list.
Service is quick even at 11pm on a Saturday night and none of us seem to wait longer than five minutes for a drink. ‘The Monkey Hat’ is a crowd pleaser, a rum based cocktail shared between two ($25). Other cocktails are only $10 and come with all sorts of fun accessories (hello cocktail umbrella)! There aren’t many spare tables perhaps that’s because DJ Afro Jack is about to arrive and play a sneaky set. 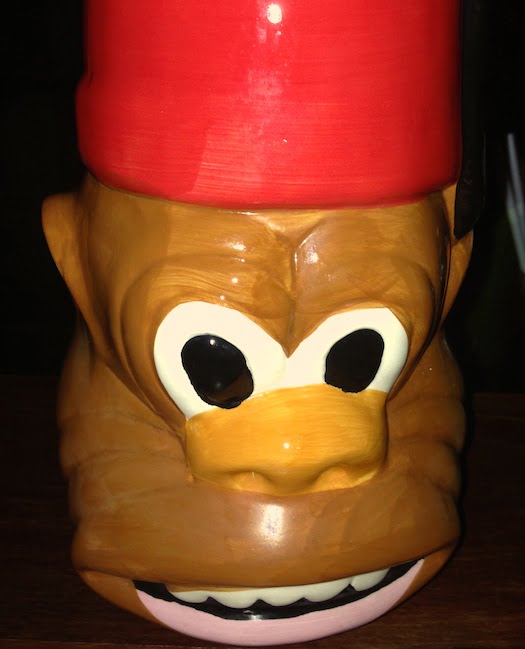 Who needs seats when you can hit a dance floor, unlike any i’ve seen in Sydney. Colourful fish sway above our heads and sparkling blue lights create rippled water effects. I feel as though i’m swimming with the fishes under the sea (or maybe I’ve just had too many Monkey’s). By 12am the D-F is packed. With a 4am liquor license I’m sure it will stay this way until close but for now, it’s time this cheeky monkey took herself home.
If you’re in for a cocktail or two, a boogie on the ‘under the sea’ themed dance floor or some late night dumplings and pork buns head to Cliff Dive.