The Best Sydney Pubs And Bars With Games

It’s all fun and games at these pubs and bars.

Want more out of a night out than just sitting around drinking? Try your hand at darts, Scrabble, or some giant Jenga, We’ve compiled the best pubs and bars around town to drink and play games. Read on and fan that competitive streak. 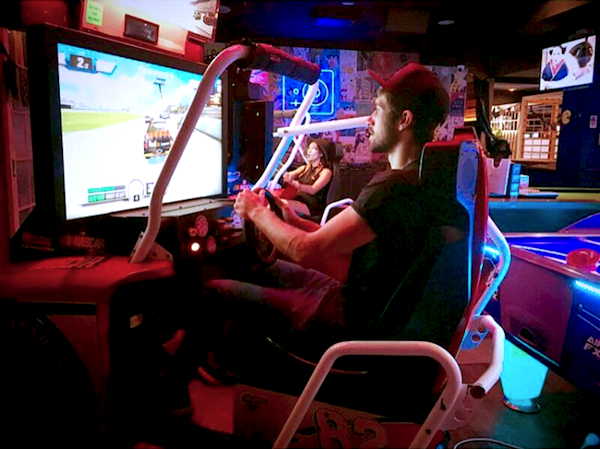 Just a stone’s throw away from Central Station is Sydney’s undisputed champion of arcade games, Surry Hills’ Goros. This Izakaya style bar packs gastronome punch with its selection of sake, cocktails and Japanese street food. However, its collection of games really seal the deal. Punters can get involved in racing games, air hockey and pool, as well as a huge range of retro games that change on rotation. They include Street Fighter II, skill testers in which you can win a My Little Pony, and Dance Dance Revolution. The icing on the very large cake are the venue’s karaoke rooms that fit groups of up to ten, both of which are open till late. 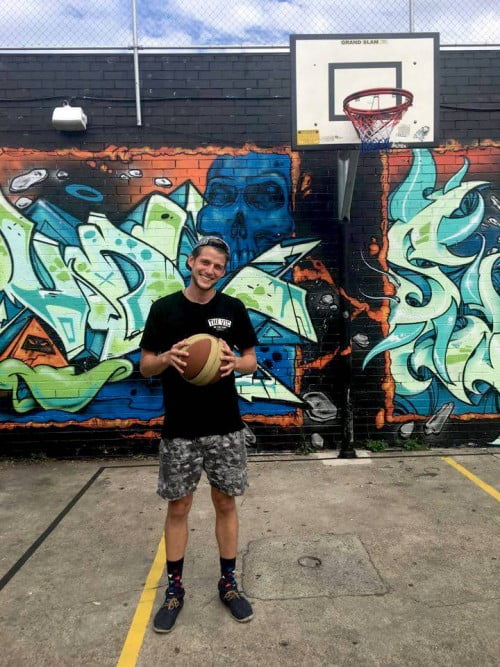 Basket Ball at The Vic On The Park, Marrickville

For a literal change in pace, head on down to The Vic On The Park. The Marrickville boozer is not only dog friendly, it allows visitors to combine hoops with schooners on their basketball half-court. When its time to refuel, kick back on the expansive deck and enjoy the burgers and craft beer on tap.

Let’s face it board games such as Monopoly, Cards Against Humanity, and Connect Four don’t need much in the way of introduction. And really, what better way to assert your adulthood than to play these much-loved games in the comforting confines of your local pub? Bitter Phew, the Cricketers Arms, The Lord Dudley and Australian Youth Hotel all have solid collections of games. 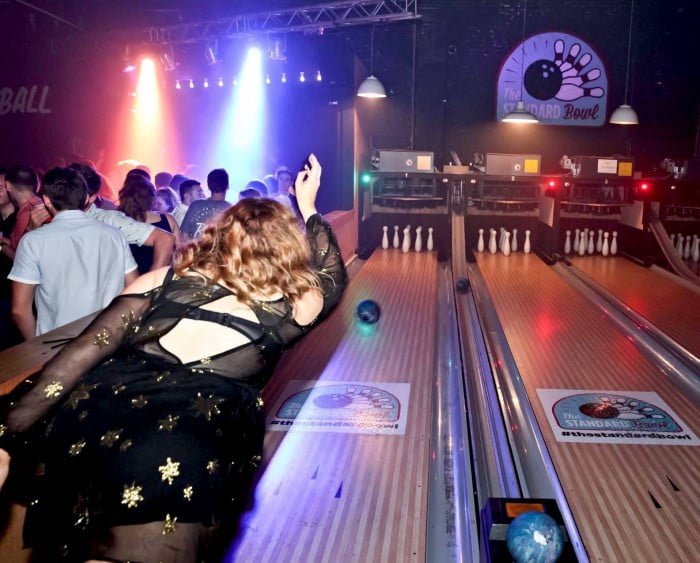 Bowling at The Standard Bowl, Darlinghurst

Above Taylor Square stalwarts Kinselas and Middle Bar is live music venue-come-bowling alley The Standard Bowl. This split-level, American-inspired bar boasts four bowling lanes and plenty of good times. So what are you waiting for? Knock ’em dead.

Darts at The Unicorn

The boys from Mary’s, Porteño and Young Henry’s combined forces to open Paddington’s The Unicorn and have created an absolute cracker of a pub. Serving local and craft beer as well as classic pub food, this is a wholehearted, back-to-basics Aussie taproom with no pokies or television screen in sight. Minimally decorated, the walls feature an oversized map of Australia, old photographs and, of course, a dartboard. It should be said that friendly competition heats up quickly! Also on point is The Lord Dudley, which also offers a good game of darts against a backdrop of red-bricked charm. 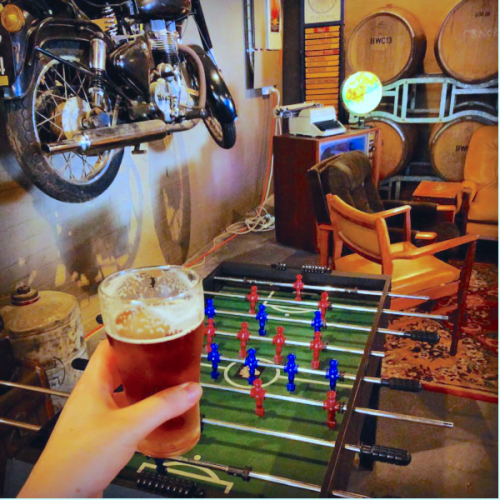 Foosball, fussball or table football is a game we all recognise from American college comedy films and of course the regular games between Chandler and Joey from Friends. Get amongst the springy, small-sized shenanigans at Wayward Brewing Company. This Camperdown-Annandale brewery and beer hall celebrates Inner West craft beer and good times.
Balmain’s The Workers Bar And Kitchen and the Coogee Pavilion have also been known to make room for a foosball tournament or two. 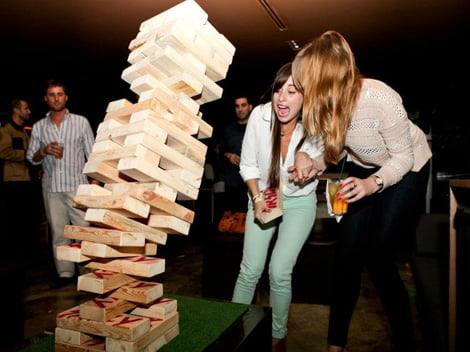 As the name suggests, The Old Fitzroy Hotel is a grand dame with a long and colourful history. The family-owned venue tucked away in the back streets of Woolloomooloo has Australia’s only pub theatre. It’s also home to a relaxed atmosphere, hearty meals, Young Henry’s beer on tap and, most importantly, giant Jenga. Go big or go home. 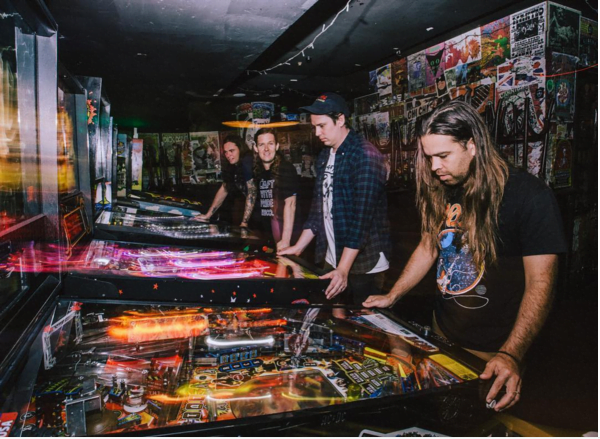 Arguably pinball is a type of arcade games, however given the dedication to the game nay art form amongst Sydney’s platoon of pubs and bars, they deserve a section all to themselves. Leading the charge with its winning combination of pizza, pinball and live music is the CBD’s Frankie’s Pizza, however Redfern’s The Lord Raglan and Enmore’s The Hideaway Bar are just a bump behind. 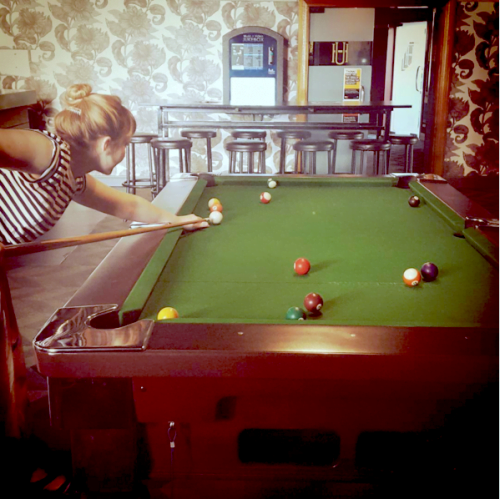 Pool at The Union, Newtown

There are plenty of pubs around town that offer a great game of pool, and everyone has their favourite. So it was tough choosing top dog in billiards, but the honour has to go to The Union in Newtown. This commodious and much-loved taproom boasts a superb selection of craft beer on tap, as well as two pool tables in the main bar. There’s none of this hidden out of sight, out of mind business. On Friday and Saturday nights The Union is usually packed but Tuesday is free-pool night and then on Thursdays and Sundays it’s only one dollar to play.
Darlo Bar, the Rose Hotel and the Clock Hotel should receive honourable mentions. 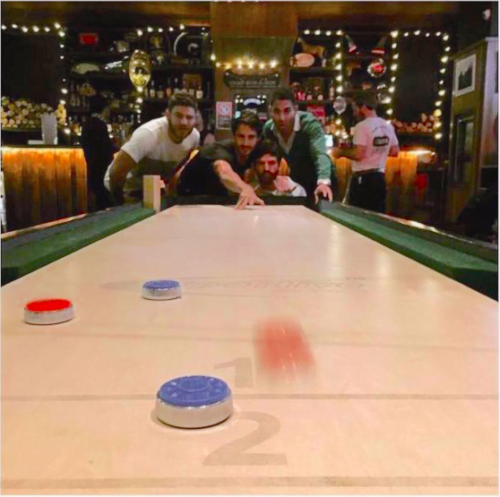 Popular in the U.S. of A and Canada, shuffleboard is relatively new to Australia. That hasn’t, however, stopped American-style dive bar Surly’s from giving it a good push. Perhaps best described as a combination of air hockey and lawn bowls, shuffleboard involves players sliding pucks down a long and smooth wooden table with the aim of getting them as close to the end of the board without falling off. It requires skill, finesse and patience, making shuffleboard a most hilarious game after a few drinks. 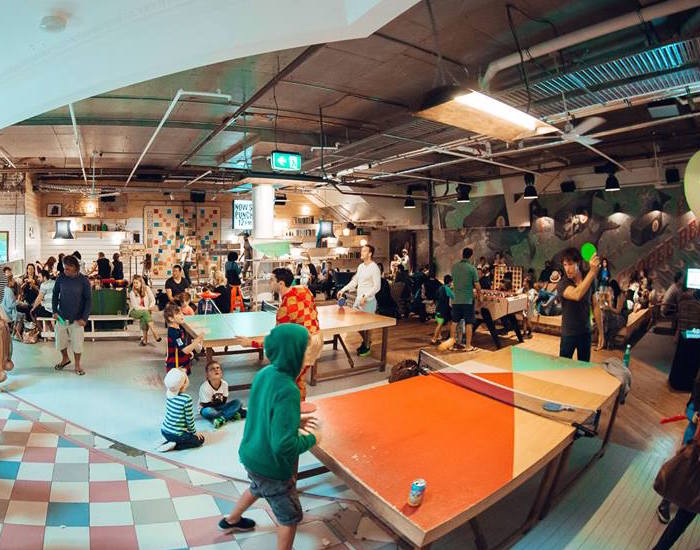 To be fair, there are few games that the Coogee Pavilion doesn’t offer in their game room. Think petanque, giant magnetic Scrabble, and foosball, however it’s masterstroke is the collection of colour-blocked ping pong tables. You’ve been served. 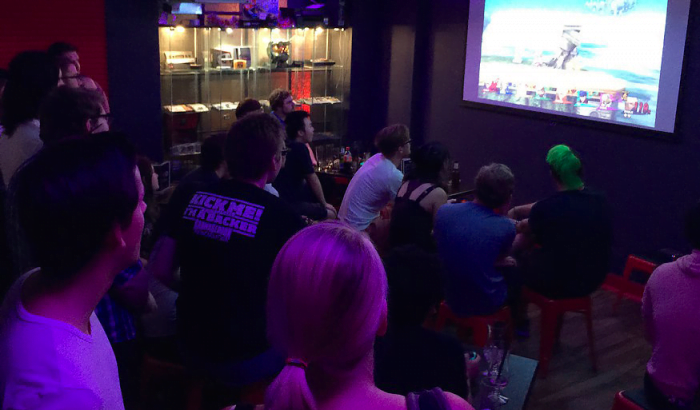 Spawn Point Small Bar is the beating heart of retro gaming in the city. The dimly-lit subterranean rathskeller is lined with screens big and small for gamers to play such video games as Mario Kart, Street Fighter, and Guitar Hero. Gaming is taken very seriously here with competitions and product launches held frequently.

Are there any that we’ve missed? Let us know any of your favourite bars that have games.

Or perhaps, just pop into one of your favourite bars for a movie. Check out our guide to best All-In-One Venues to enjoy Drinks, Dinner and Movies!