Around the World with Eighty Reds 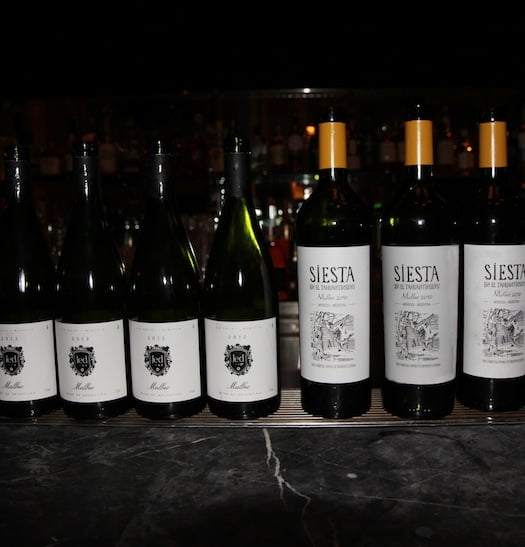 Two Thursdays ago I was invited by Merivale’s Group Sommelier, Franck Moreau, and Ivy’s Philippa Whitting to experience a trip around the world like no other.

I’ve never really been the kind of person to try and squeeze too much travel into a short space of time, but for a few hours on this Thursday, I managed to get to: Argentina, Portugal, France and USA. This all happened at Merivale’s sold out event, Around the World with 80 Reds, where I took a tour of hand selected wines from ten different countries. Whilst wandering through Ivy’s newly refurbished open air space, The Terrace, and resting my feet on cosy silk ottomans and regal high backed chairs in The Den, I realized I was going to be traveling first class that night. 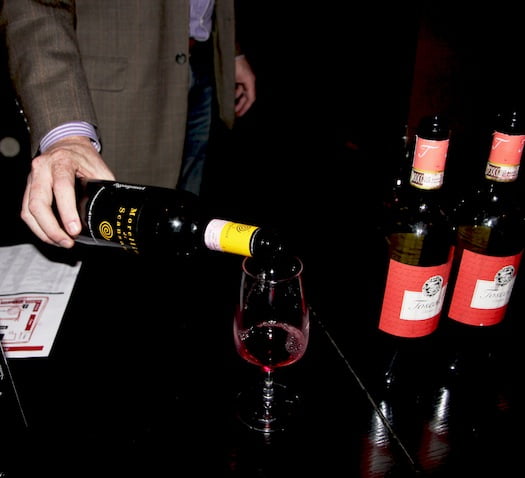 My around the world ticket brought back many memories, including a bicycle tour I did years ago of the incredible Argentinian Mendoza region wineries. I was able to sample a red that I had once previously tried in a gorgeous very old family run vineyard called ‘La Linda’. The great thing about the night was that not only was there a great selection of wines to drink, but there were myriads of talented sommeliers who had come from all parts of the world, nursing their chosen vino with an incredible breadth of knowledge to share. I decided I wanted to walk away from the night with phrases rolling off the tongue like, (cue posh French accent) “mmm yes elderflower stalk nose,” “decent purple-crimson hue and depth” and “soft fine tannins.”
After much discussion and sampling with one sommelier about La Linda’s delicious 2010 Malbec, I decided it was definitely my favourite red of the night. I was told by the sommelier that in Mendoza, Argentina, the intense sunlight during the day is followed by nights that are cooled by westerly evening winds from the Andes. The soils there are deep and “alluvial,” which allows vines to extend their root systems deep into the ground, improving vine strength and health. This is what gives the wine an added “minerality and depth” to the flavor – my wine language lesson continues! 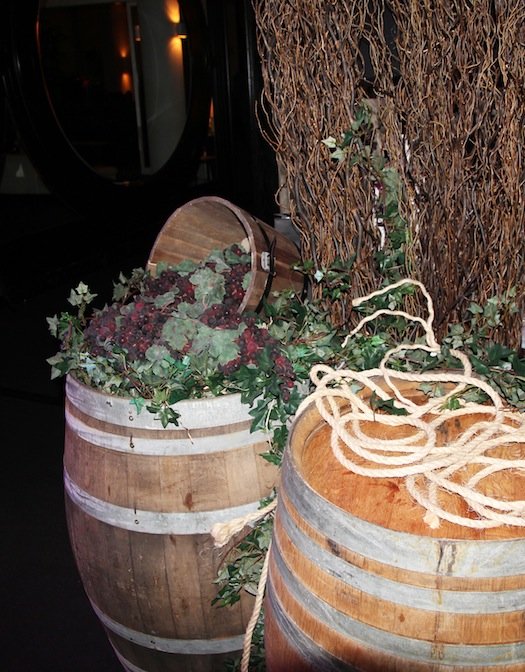 As we walked around from one country to the next we were graciously offered some dainty morsels, the menu designed by Executive Chef, David O’Brien. Although the food was delicious, it would have been great to see a bit more of it. You can never have too much food, right? However, I certainly couldn’t go past the luscious miniature fish burgers! 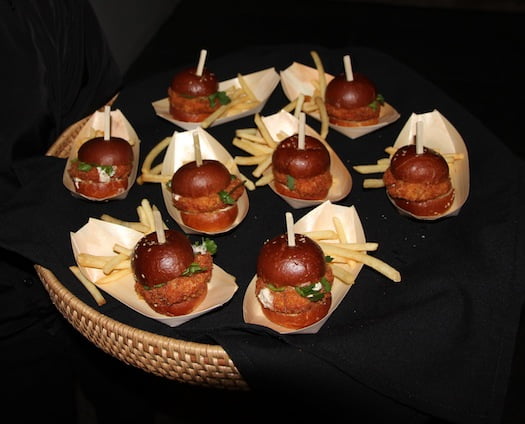 All in all, the wines were curated with a great sensitivity and there were many surprises amongst our travels. In particular, my preconceptions about American wine certainly were absconded after my first drop of Napa Valley’s 2008 Stag’s LeapPetite Syrah – which was an absolute delight! Elegant, fresh and refined.
Luckily enough you don’t have to go around the world to try all of these delicious wines, many of which are on the wine menu at various Merivale venues, but you can also purchase them at the The Bottle Shop.
After our wine tasting session, we decided we would take a bit more of a wander, (as we were already travelling) and took one more flight downstairs to Palings Kitchen and Bar. I think it’s worth mentioning that overall The Ivy as a venue has also become a lot more relaxed than it used to be. Palings offers a much more casual menu – with a very reasonable price tag too.
Around the World with 80 Reds – thank you. It was well worth the trip!