ANZ brings a little bit of Mardi Gras across Australia with one important message.

The 2019 Sydney Gay and Lesbian Mardi Gras Parade is almost here, and while us city slickers are able to get an up-close view of the action, this isn’t necessarily the case for other regionally dispersed Aussies. Here to change all that is ANZ. 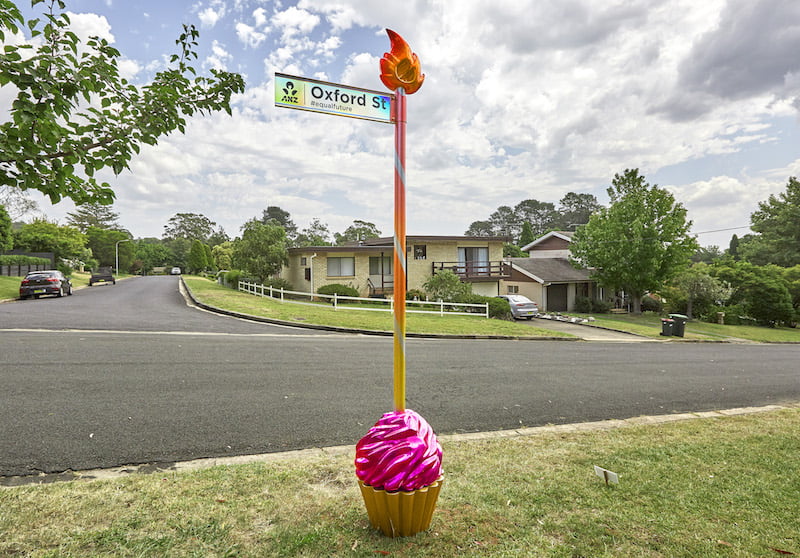 In their latest move, the banking bigwig can be found giving ‘Oxford Streets’ across Australia the special Mardi Gras treatment. With an impressive 123 Oxford Streets located nationwide, ANZ in partnership with TBWA Melbourne and Revolver to transform seven of these street signs nationwide into unique and colourful representations of LGBTIQ+ culture.

Depending on where you are in the country, you will find everything from rainbows to love hearts, to sailor flamingos and unicorns.

ANZ’s message is simple yet powerful: “no matter how far from Oxford St Sydney you are, we’re supporting you as we strive for an #equalfuture for everyone”. ANZ is a primary partner for Mardi Gras, which celebrates LGBTIQ+ inclusion and centres on Sydney’s Oxford Street.

As for the centrepiece of the campaign, you’ll find it at Sydney’s iconic Bondi Beach. There stands a six metre tall installation that points to all 123 Oxford Streets around the country. The bank is also working with Google to display the street signs on Google Street View so people around the world can view the installations.

To find the full list of Oxford Streets getting the Mardi Gras treatment, look below:

Keen to learn more about the ANZ ‘Signs of Love’? Click here.