6 States of Beer, Cheese and a Food Coma

I arrived at The Oaks Hotel in Neutral Bay where elegant white tablecloths covered long tables in anticipation for the second instalment of the 6 States of Beer event. This six part event series focuses on craft beers and cuisine from each state across the country. Tonight was all about Tasmania. 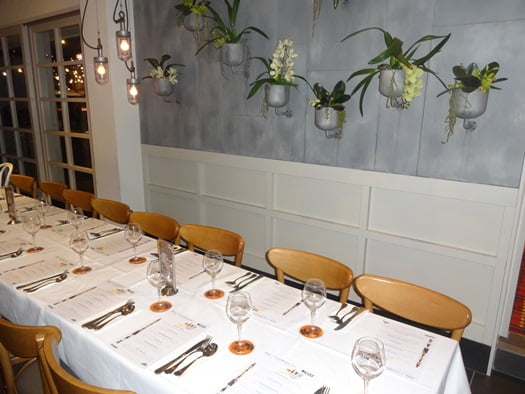 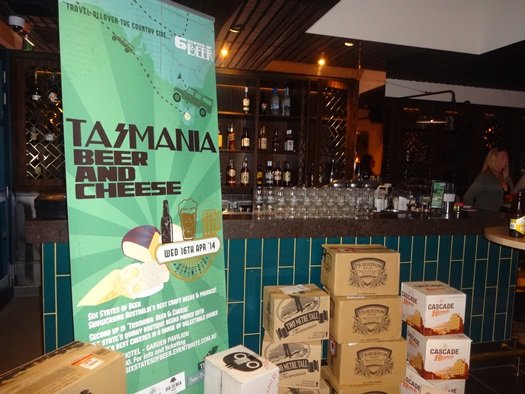 Eager guests  began filling the dining room sipping Cascade Blonde while Head Chef Danny Russo was busy preparing a cheese focused menu that would highlight the versatility of the humble craft beer.
Kirrily Waldhorn aka the Beer Diva welcomed a room of beer and cheese lovers discussing the rise of craft beer culture and microbreweries in Australia. As we sipped from our bottles, she explained that “you lose 85% of the flavour by drinking out of the bottle, it blocks the smell”. A chorus of clanking bottles landed on the table. 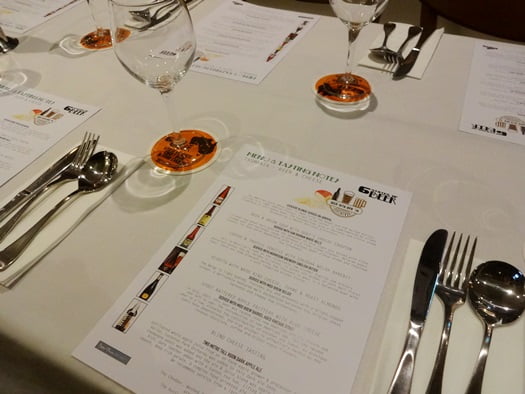 The first course was brought out post-haste, a beer and onion soup served with a goats cheese crouton, and its complementary beer, Van Dieman White Hills. We were encouraged to taste the beer, then the food, then the beer again in order to experience the flavours in their fullest. If there was music playing in the background I definitely didn’t hear it as the crowd grew louder with each round of beer.
The next course was the pièce de résistance. Waldhorn declared that this was going to be “a life changing cheese toastie”. Biting into the  cheddar cheese and truffle toasted Welsh rarebit I knew she was right. This was paired with a Morrison Brewery English Bitter that was earthier than its counterparts. I have to confess, the taste of the beer fell into the background as everyone devoured their meal (many compliments to Mr. Russo).


The third course was a risotto with wash rind cheese, thyme and roast almonds served with a ‘Moo Brew Belgo’ beer. My respect went out to anyone who finished the risotto, not for lack of flavour, but because in between each course we were also served a gourmet cheese platter.
The grand finale of this decadent four course meal was a stout battered apple fritter served with blue cheese, a combination where my brain said ‘no’ but my mouth said ‘yes’. This was served with a Moo Brew barrel aged vintage stout. This beer was rationed, as we were told it is incredibly expensive, and also happened to be the four litres of stout that Danny Russo flavoured his apple fritter batter with (to the horror of the bar and kitchen staff).

I sat slumped in my seat, full of beer, cheese and appreciation. Guests applauded Danny Russo and the Beer Diva as I listened to several guests declare “that was so much fun, I can’t wait for the next one”.
For more information on the ‘6 States of Beer’ event hosted by The Oaks Hotel:
http://www.oakshotel.com.au/articles/WHATS_ON/18
To buy tickets to the event:
http://www.eventbrite.com.au/e/the-6-states-of-beer-at-the-oaks-hotel-beer-and-cheese-tickets-9604975741