The Best Spots to Celebrate 4th July In Sydney

Aussies will use an excuse to throw a party and although we don’t get a day off from work, that won’t stop us from celebrating one of the biggest holidays on the American calendar -4th July. With Sydney’s restaurants and bars taking on board more IPA, cheesy burgers and good ol’ American patriotism than we can throw a stick out, we’ve decided to compile a guide of the best places to eat, drink and play this Independence Day. 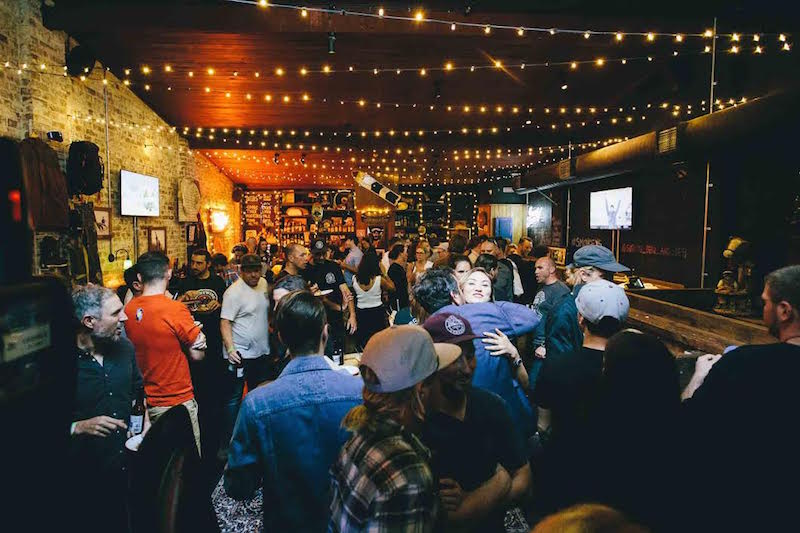 Surly’s is that American inspired smokehouse we’ve all come to love in Surry Hills. Sure enough, they’ll be turning up the heat with a Southern BBQ Bash onTuesday 4th July. With things kicking off at 6pm, start your night with a delicious Kentucky Highball cocktail on arrival. You’ll then feast on BBQ tasting plates and more fried chicken wings than there are stars on flag. Paired with bourbon tastings by Australia’s leading Whisky expert & Beam Suntory Brand Ambassador Dan Woolley and $5 schooners from 6-8pm, you might never want to leave, and who can blame you. Flooding the two level broody drinking hole will be an all-American playlist, with shuffleboard and arcade games aplenty. There are also dress up prizes for patriotism, so be sure to don your best red, white and blue attire.
Ticket’s are $30 per person, which includes a Kentucky Highball cocktail on arrival, BBQ Tasting plate, Fried Chicken Wings, Bourbon Tasting with Dan Woolley & Live Music from Glenn Esmond.
To grab your ticket, click here
Surly’s Southern BBQ Bash
Date/Time: Tuesday 4th July, starting 6pm
Where: Surly’s , 182 Campbell St, Surry Hills NSW 2010, (02) 9331 3705
Price: $30pp
Dress code: All-American! 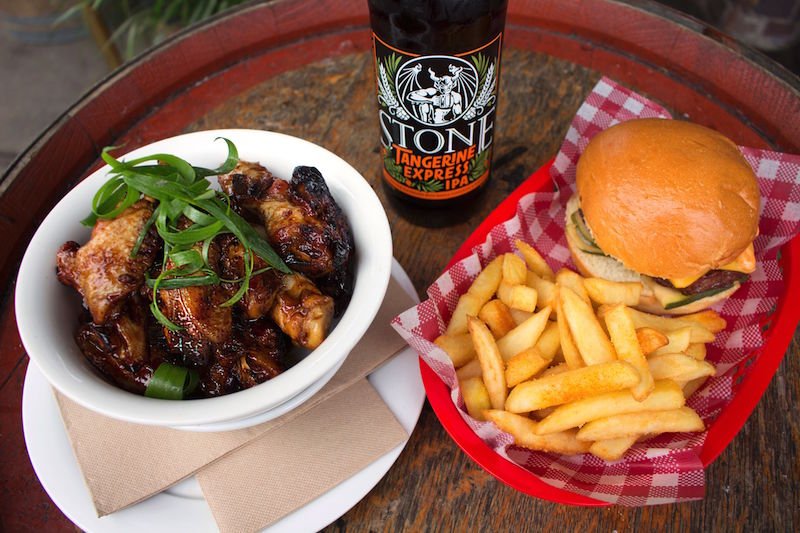 Fourth of July at The Aussie

Channel your inner Americano and celebrate the fourth of July at The Australian Heritage Hotel in the Rocks. The iconic pub is set to host a week-long tap takeover of American beers as well as American food specials, starting Monday 3rd July and running through until Sunday 9th July. Eat like a yank with a $12 classic American cheeseburger and $10 bowls of wings. Wash those down with a variety of beers on tap from Southern Californian Stone Brewery. Grab your mates to celebrate the land of opportunity and the country that fuelled our love of damn good cheeseburgers.
The Australian Heritage Hotel, Fourth of July
Date/Time: Monday 3 July – Sunday 9 July, Monday – Sunday: 11am-Midnight
Where: The Australian Heritage Hotel, 100 Cumberland Street, The Rocks 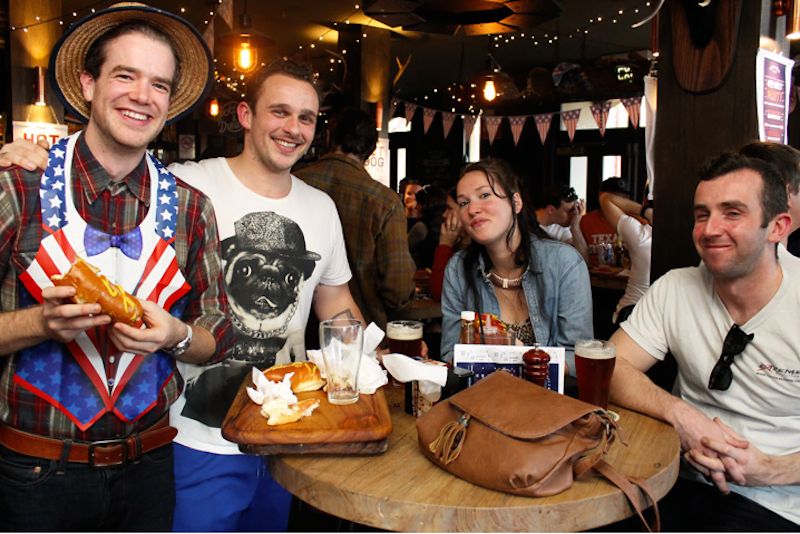 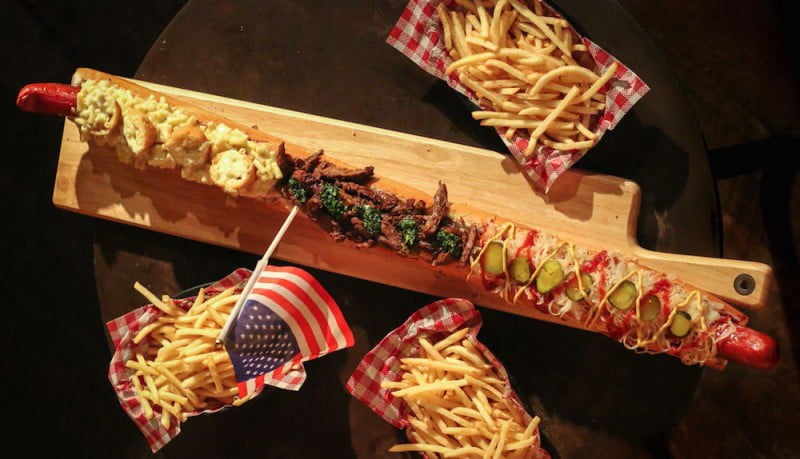 Known for its American style diner and epic throwback tunes, the Soda Factory will be celebrating this 4th July with all-Americana delights. Indulge in boozy floats, cocktails, $1 hotdogs, Southern fried chicken, $5 cans and live American tunes! To cap it all off, you’re invited to try the ‘Giant Wiener’. This ultra-big, 1 metre long hotdog will be filled with 3 cheese Mac’, stuffed with slow cooked BBQ beef brisket, smothered in crushed mac n’ cheese balls & of course, your classic NYC frankfurts. The Soda Factory will also be decked out in red, white & blue for the evening where you can get down to American classic Jams from The Royale with Cheese (5 Piece Band), DJ Glenn B’ Trippin and more!
The Soda Factory
16 Wentworth Ave, Surry Hills, NSW, 2010
Date/Time: Tuesday, July 4th 2017 Doors open at 5pm Kitchens open until 12am 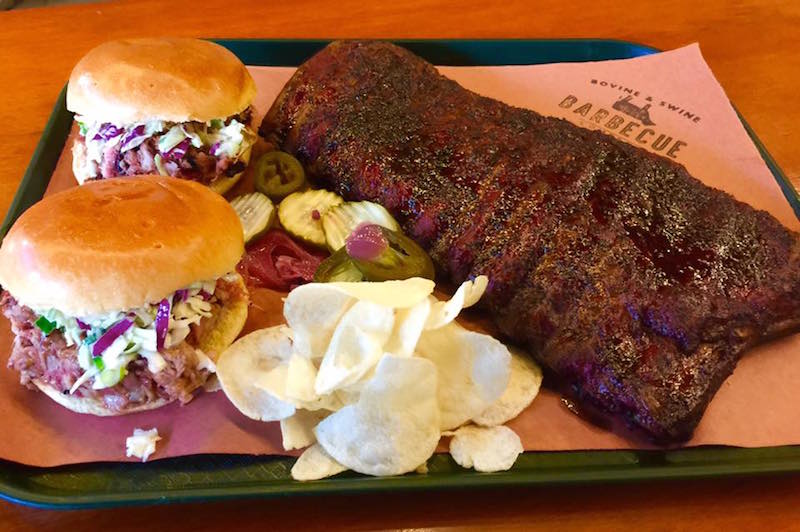 Newtown’s favourite BBQ hangout is set to host an all swine cook-up, with the signature hog sandwiches and full rack of ribs with pickles on the menu. Be prepared to wear some stretchy pants, as the menu is featuring two chopped hog sandwiches and a Full Rack ($70). If you’re looking to take things up a notch, you can add Pork Macncheese for an extra $5.
Bovine & Swine Barbecue Co
92 Enmore Road, Newtown NSW 2042, 02 9517 1243
Open for dinner Thursday and Friday, 6pm – 9pm or until sold out, Saturday and Sunday, 12pm Lunch & Dinner until sold out. 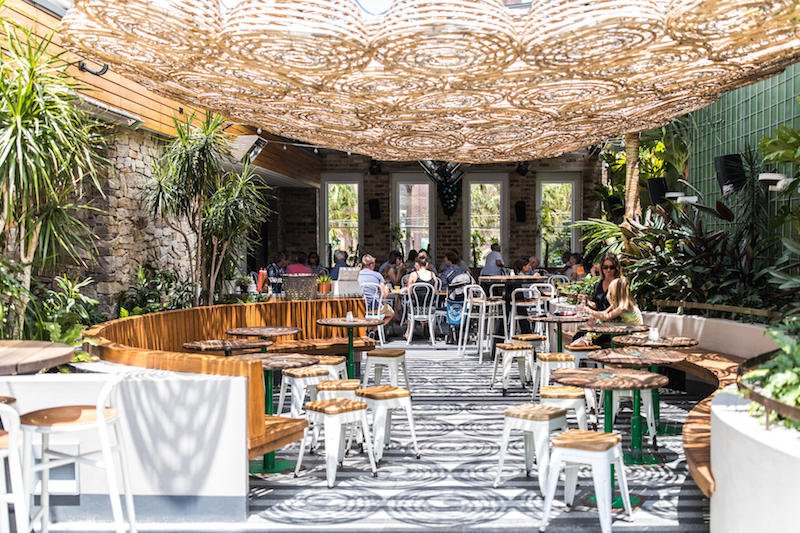 Make a trip to the Hoe this 4th July for the ultimate celebration of all things USA, beachside! There to tantalise your taste buds will be Goose Island IPA on tap, coupled with $20 buckets of Coors & Bud. Soak up all that frothy American goodness with a selection of American-inspired snacks. Those looking to channel their inner pong-champion can also try their hand at a spot of beer pong! They’ll be running a day-long tournament. $10 cocktails will also be available, with all American tunes playing in the background for the duration of the day.
The Ivanhoe Hotel, Manly
27 The Corso, Manly Beach, 02 9976 3955