Love, tradition, and the diverse flavours of Turkey are on the menu in Coskun Uysal’s debut cookbook, ‘Tulum‘.

Addressing the crowd of family, friends, and foodies at the launch of his first ever cookbook, ‘Tulum’, the eponymous restaurant’s chef Coskun Uysal, had a message for Melbourne: “Turkish cuisine is more than just kebabs and dips”. Even a cursory flip through the gorgeously designed book proves this to be the case, with Uysal’s recipes capturing the flavours and colours of diverse Anatolian dishes. But even more deeply than that, ‘Tulum’ shows that Turkish food is about tradition, about love, and about sharing. And now Uysal is sharing that with Melbourne.

Born in Istanbul, Turkey, Uysal grew up watching his mother cook. Love was an ingredient that was never in short supply in his mother’s kitchen, and some of his favourite memories are of his mother returning home from a long day of work and cooking him up a simple but nourishing dinner, thrown together from the staples of a Turkish pantry. Love is a repeating theme in Uysal’s journey: from the love of his mother that first ignited his interested in food; to the love of experimenting with ingredients and techniques that saw him travel to London to study and work under some of the most renowned culinary experts; to the love for his partner Peter that brought him to Melbourne, where he is now at the helm of Balaclava’s acclaimed modern Turkish restaurant, Tulum.

Before settling in at Tulum, Uysal cut his teeth at some of the world’s best restaurants. After gaining experience at Jamie Oliver’s Fifteen as well as River Cafe in London, he headed back to Turkey where he paid his dues before opening his own restaurant in Istanbul, Moreish. When the call of Down Under beckoned, stints at Melbourne’s iconic Attica and Vue De Monde cemented his reputation as a chef who knows fine dining. 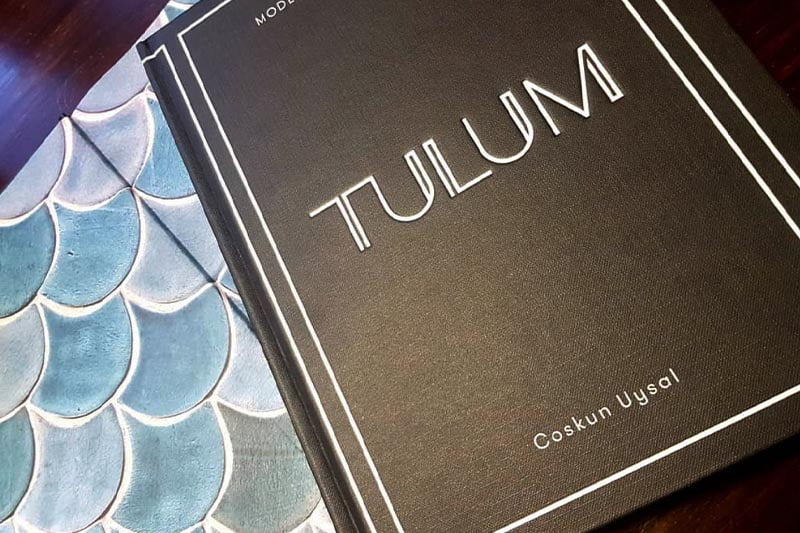 The book has been a labour of love for Uysal, who has teamed up with Melbourne Books to release a cookbook that allows home cooks to replicate some of the restaurant’s most loved dishes. With seven chapters representing the seven culinarily diverse regions of Turkey, foodies will be able to try their hand at dishes that meld traditional flavours and ingredients with a modern, Melbourne twist.

The recipes are deeply personal, and are inspired and shaped by the experiences of his childhood. A memory of happily devouring milk corn after a long, hot day of swimming in the Bosphorus, is transformed by Uysal into a recipe for scallops soaked in a salty and sweet brine punctuated with dill and fennel, fried with garlic and served with a rich and buttery, grilled corn and milk puree that perfectly captures the crunchy, salty, and comfortingly milky coastal dish.

Other dishes that bibliophiles can look forward to trying out include sous vide beef tongue, brined for three days, served with a fried green pepper yoghurt and a richly hued burnt butter sauce, as well as his very Melbourne twist on the traditional Irmik. A sweet tumble of walnut and semolina infused with cinnamon, cardamom, and cloves, Uysal’s Irmik is served with a smoked goats milk ice cream that requires a little bit of kitchen hardware by way of a smoke gun. It may seem intimidating at first, but once mastered it’ll become a favourite that not only tastes delicious, but also fills the house with a delightful sweet, almost incense-like smokiness that’ll have you whisked off to Istanbul – if only in your heart.

‘Tulum’, published by Melbourne Books is available online and in store, and will become a favourite in your collection.