The iconic pub has returned to the beachside

It’s been a while since we’ve seen St Kilda’s iconic bar, but its finally back and better than ever. Some know the Prince Public Bar to be one of Melbourne’s longest standing LGBT friendly bars, often playing host to drag shows and disco Pennies back in the days of 1970. After some time, the bar maintained its popularity but was feeling outdated and grungy. The Prince Public Bar closed down early last year to undergo extensive renovations and make way for an entirely new look and menu to boot.

This big renovation project was headed by IF Architecture, remodelled to pay tribute to the Prince Public’s art deco history. A large oval bar steals the show, very reminiscent of the olden days. Throughout, modern notes take centre stage as the ground floor is flooded with natural light and decked out in neutral colours. Carpet has been stripped to make way for timber floors and movement between the public bar, hotel and dining rooms are now seamless, connected by a staircase. 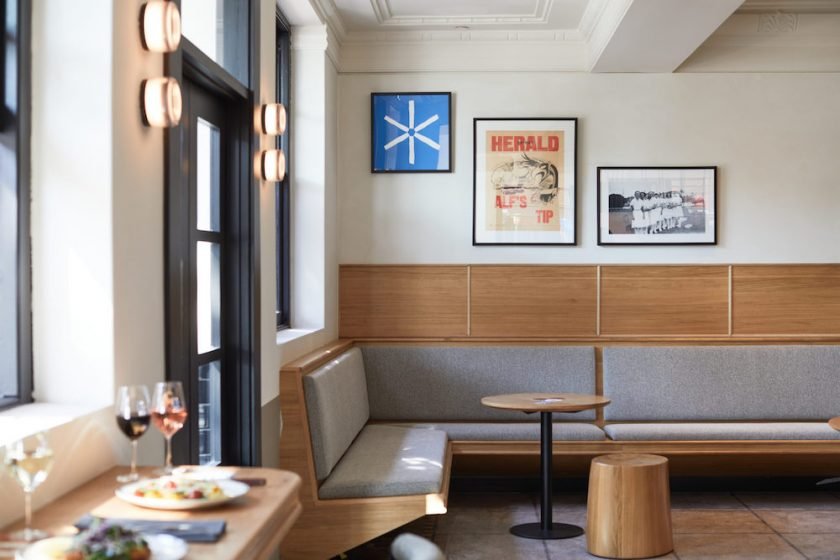 Prince Public Bar will be putting an emphasis on food and drink with a newly designed menu. Head chef Dan Cooper’s vision is “pub fare without the frills”, featuring classic bar food like burgers and schnitties as well as upmarket snacks such as croquettes, duck parfait and homemade sausage rolls. For the first time, Prince Public Bar will also be serving up an exclusive breakfast menu with colourful acai bowls, tumeric porridge and fried duck waffles.

The venue has also opened up Little Prince Wine, a boutique wine bar selling premium bottles for purchase or tastings on site. An in-store deli also pre-prepares meals for takeaway.

“I’m excited to show Melburnians and tourists alike just how far the Prince has come, while not losing sight of its colourful and quirky past,” says Cooper. “It’s important to feel comfortable and at home in a pub, and we’ve created a menu and venue that encourages people to return two, three times a week.”

Get made to measure suits and cocktails at Cloakroom, a bespoke tailor and bar.

Melbourne’s Prosecco Festival is coming back for its third year