Complete with a hidden tiki bar and an indoor waterfall.

After months of renovation and anticipation, the jungle themed bar, Moon Dog World, has finally opened in Preston. Taking over the space of 4 abandoned warehouses, the venue is reportedly longer than the Melbourne Cricket Ground end to end and can fit up to 750 patrons at a time.

The venue are owner’s Josh and Jake Uljans and Karl Van Burren’s second venture after the original Moon Dog in Abbortsford. It began as a brewery between 3 friends but soon expanded into a bar as popularity increased significantly. The Moon Dog World concept was born as they were searching for a new place to open up.

“We wanted to create an amazing space where people can have a new experience every time they come,” says Josh. “We’re excited for them to see things that they’ve never seen before in a brewing venue or any kind of hospitality venue, maybe even in the world.”

Those who visit will not be disappointed. Moon Dog World is a cross between an adventure theme park and greenery jungle. Lounge out in the Tiki-style bar, beer garden or elevated sun deck. You can also visit the hidden barrel ageing room for a sneak peek of the brewing process. The bar caters for all audiences, even if you’re looking for a relaxing time. Grab a sun chair and relax under the colourful umbrellas by the lagoon. You may or may not want to sip on an Apreol spritz whilst you chill, or order an El Diablo (tequila, blackcurrant, lime and ginger beer flavours available) instead. 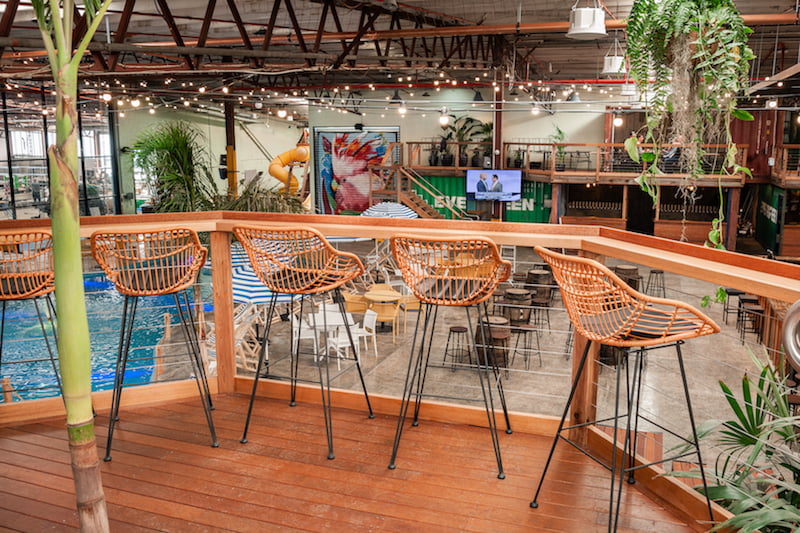 The passion for beer is not lost with 72 beers on tap. Moon Dog’s signature brews are included in that mix, featuring the Old Mate pale ale and Cake Hole black forest stout. Alongside cocktails and beers, there’s also an extensive wine line up from Australian wineries.

Like every classic pub bar, you can expect classic burgers and fries at Moon Dog World. However, the wide ranging menu also includes dishes such as baby corn dogs, skewered swordfish, tuna sashimi, chicken parma, slow cooked lamb shoulder and more. They can also cater for vegans and coeliacs. 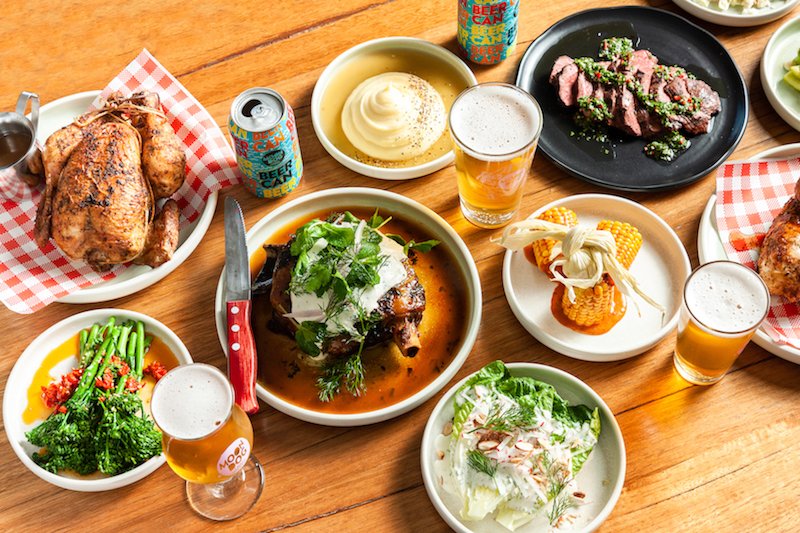 For more info, you can visit their website here

Love cool concept bars? Arbory Afloat is your next stop (with a swimming pool on deck).