Situated in the heart of Melbourne’s CBD is a brand new eatery and karaoke space, which has quickly grabbed the attention of fun-lovers far and wide. Heroes, Melbourne’s much anticipated Hawker-style BBQ joint meets chic rooftop bar AND karaoke room is now open to the public, giving patrons the chance to belt out their favourite clangers.

Hanging red lanterns, moody tones, a dragon mural on the ceiling and rock posters adorn the space, evoking somewhat of a sensory overload for the unassuming patron. Fronted by the team from Fancy Hank’s and Good Heavens (Mike Patrick, Kent Bell, Daragh Kan and Myles Munro), you know you’re in for a treat. Dive headfirst into the bar menu to find an offering cooked entirely over fire and coals. Everything is designed to be fresh, tasty and eaten fast, all whilst staying true to Head Chef Alicia Cheong’s Singaporean heritage.

Having no doubt worked up a thirst sampling delights such as meat skewers and BBQ plates, the cocktail menu offers the South East Asian inspired beverages, curated by Oscar Eastmen (Loretta’s, Eau de Vie). For those with a sweet tooth, be sure to order the Chai a little tenderness, shaken and stirred with Sailor Jerry spiced rum, chai, condensed milk and preserved mandarin. For something a little different, alternatively try the Gold Finger with Szechuan-infused Wyborowa vodka, seaweed brine, kaffir lime, chilli and lemon grass-infused Sake and Laphroaig. Six rotating taps also boast a range of local craft and international beers, as well as more than 20 brews by the bottle. The wine list has also been created to match the smoky and zesty bar food. 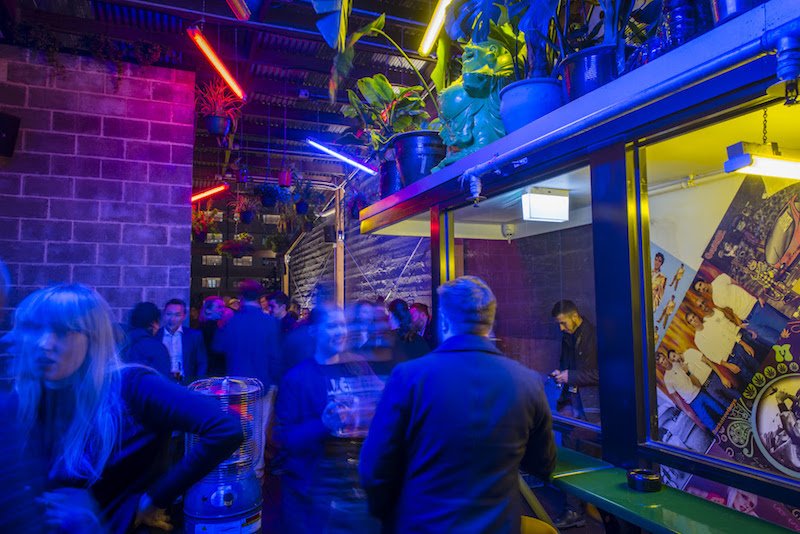 Head on up to the rooftop bar on level three, and you’ll find a long, colourfully lit space cosy enough for a winter tipple. Featuring low hanging neon lighting, pop music posters and a forest worth of plants, venue designer and co-owner Kent Bell has effectively replicated a space reminiscent of the back-street bars of Kuala Lumpur.

So far, one out of the two planned karaoke levels have opened, with the space currently functioning as an open karaoke lounge blasting out your choice of Mariah and Cher classics. Over the next few months, private karaoke rooms are set to open. Bookings will be available online once the private karaoke booths have been completed, the current space is free until then.