Opulence with an edge at Angus and Bon, Prahran’s newest bar and steakhouse.

The historic Prahran Post Office, formerly home to Mrs. Parma’s, has a new face in Angus and Bon. Part American style steakhouse, part haute bar, Angus and Bon plans to keep Greville Street shaking all night long.
In it’s heyday in the seventies, Prahran’s Greville Street was at the heart of Melbourne’s counter culture and rock scene. Greville Records was the new kid on the block – clandestinely dealing out black market copies of rare imported records from underneath the counter – while just up the road, soon-to-be-iconic Aussie bands like The Dingoes and Spectrum paid their dues playing residencies at the Station Hotel. It was at The Station Hotel in 1975 that ACDC played some of their earliest shows before making their mark on the international music scene. But, like many of the grungy underground corners of Melbourne, time – and construction – marched on, and the beat of the music faded, replaced by upmarket boutiques and ritzy residential apartments.
But that’s now set to change with Melbourne dining scene stalwart Liam Ganley (formerly of Fitzroy Street fave Freddie Wimpoles, and Collingwood’s Lemon Middle and Orange) teaming up with chef Declan Carroll (Rockpool, Press Club, and Bistro Guillaume) to inject some rock back into Greville Street with Angus and Bon. 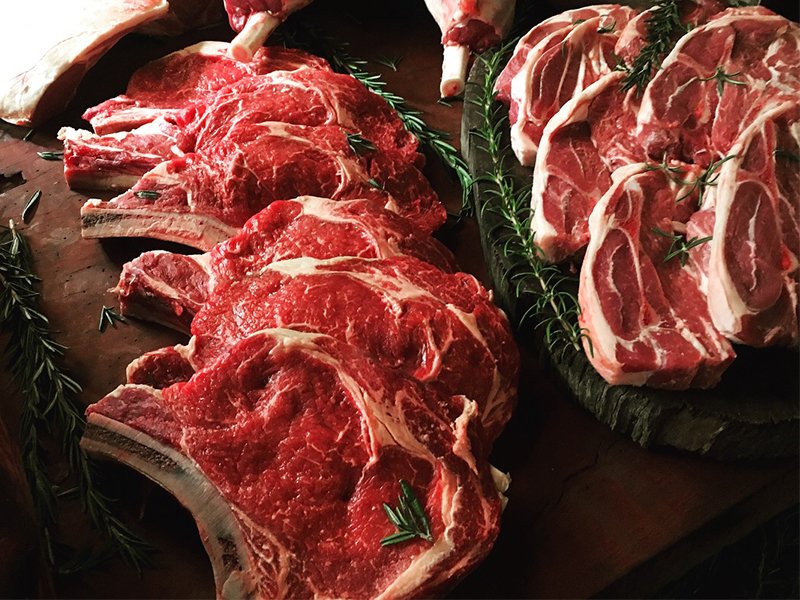 Feeling that Melbourne’s steakhouses tended towards stuffiness, the men wanted to create a space that reflected the street’s edgy, youthful past, while still honouring the tradition of the New York style steakhouse. And Angus and Bon does have a very 1940’s New York noir feel, with leather booths, deep rich timber, and brass fixtures punctuating the dark amber lit interior. The venue has a sexiness – an edge – that makes dining at Angus and Bon an experience, not just a restaurant.
The menu has been carefully curated, with O’Connors Gippsland grass-fed beef aged 30-50 days before hitting the grill, and Blackmore’s dry aged 9+ marble score Wagyu taking centre stage. Local, seasonal produce is the name of the game at Angus and Bon, with fresh veggies, poultry, and seafood creating a library of dishes to appease even the most finicky diner.
I dropped by to sample some offerings, and the falling-off-the-bone tender confit lamb ribs served simply with parmesan, basil, and crips kale were a crowd pleaser. The roasted pepper gazpacho lightened things up with a little zingy freshness. Freshly shucked oysters and wood-fired King Prawns served with a garlic and seaweed compound butter brought a little seaside flair to our afternoon. But my evening was made by the O’Connor beef – perfectly seared on the wood-fired grill – and served with a rich and complex cafe de Paris sauce. 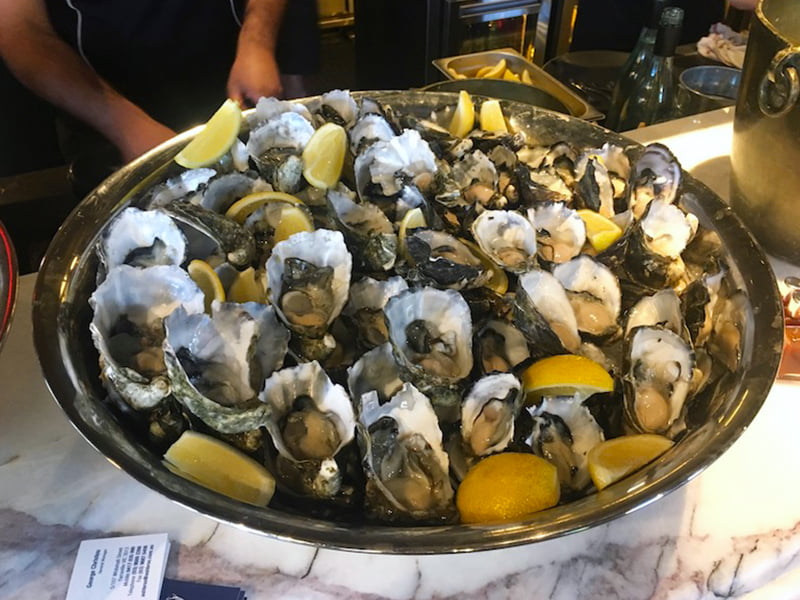 And I couldn’t forget the thing that tickled my fancy my the most; Angus and Bon offer “bottomless brunches” between midday and 2pm on weekends. For just $39 per head, you can down as many bloody marys, mimosas, bellinis and spritzes as your rocking heart desires – done dirt cheap.
So while Greville Street may not be the Mecca of music it once was, Angus and Bon are here to stay, keeping the beat alive in the famed strip. And of course Greville Records is still there, still spinning vinyl over thirty years later. Make sure you pick up an LP as you walk past on your way to Angus and Bon.
Angus and Bon
168 Greville Street, Prahran
Phone: (03) 9533 9593
www.angusandbon.com.au