How To Fake Your Way into Paris Fashion Week

Oobah Butler is proving it’s not who you know but who you pretend to be at Paris Fashion Week.

You may recognise Oobah, the professional bull-sh*tter from his last infamous stunt of making a fake restaurant ‘The Shed’ (aka his back shed). It hit number 1 on Trip Advisor in the U.K. You can watch that video here.

Now, in his most recent stunt, Oobah Butler has made it to the Top of Paris Fashion Week by pretending to be Georgio Peviani. Oobah, who’s spent a lot of his time at market stalls came across a lot of designer knock-offs, including Pierre Klein, Lewis Vooton and the like. And then there was Georgio Peviani. But who was Georgio Peviani? If the attempt was to mimic Georgio Armani it was being done very well as the logo looked nothing alike.

Unable to track down who Georgio Peviani was, Oobah jumped on the opportunity to fill the void. He decided, he himself would become Georgio Peviani. And, logically, he would take Georgio to Paris Fashion Week.

And so he begun the seemingly impossible. First things first, he bought the domain name www.georgiopeviani.com. Borderline illegal but we’ll let it slide for the sake of a good story. Next up, he created a fake email, some business cards and a stack of Georgio Peviani products from the Brixton Markets. Enough to fool any well-meaning blogger.

With no idea where fashion week was even held, Oobah followed some exotically dressed pedestrians and hoped that they would lead him in the right direction.

Before he knew it, it would seem that a confident attitude and decent business cards had fooled the front desk workers. That, and Peviani himself had an access card. Paris Fashion Week was in the palm of his hands. 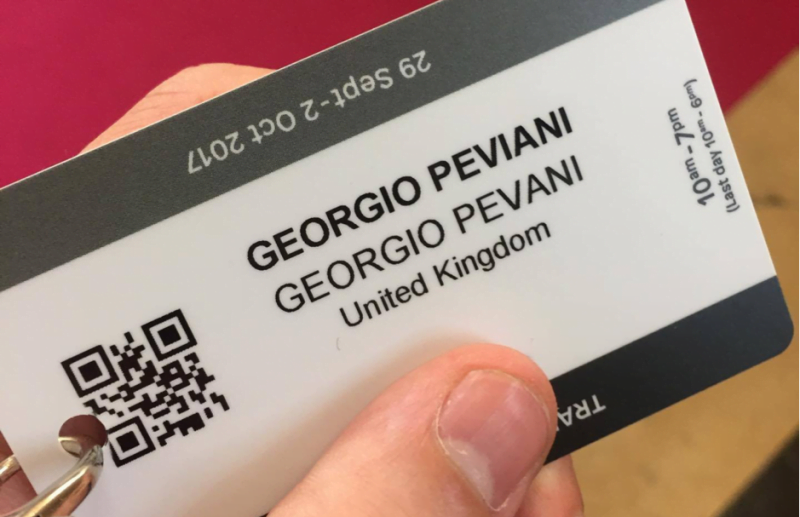 And that was just he beginning. Networking with some of the worlds top designers, bloggers and celebrities, he then scored front row seats to the Vivienne Westwood show, a private viewing of Parisian designer Véronique Leroy ‘s collection, oh and this German menswear model wearing his jeans. 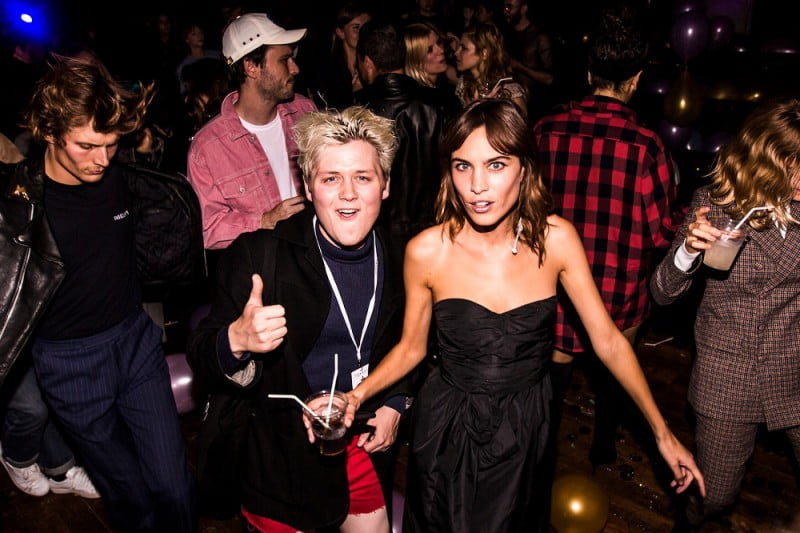 After enjoying three days of the Peviani high-life, Oobah was ready to take the mask off.

Yet the question still haunted him, who is the real Georgio Peviani? On the third page of a Google search he found an address. So Oobah went in search for his alter ego. And there he found a shop covered in denim products and owner Adam. Turns out Adam, the owner of the shop created the brand and the personality ‘Georgio Peviani’ about 30 years ago. Simply because he thought it sounded Italian and nice. 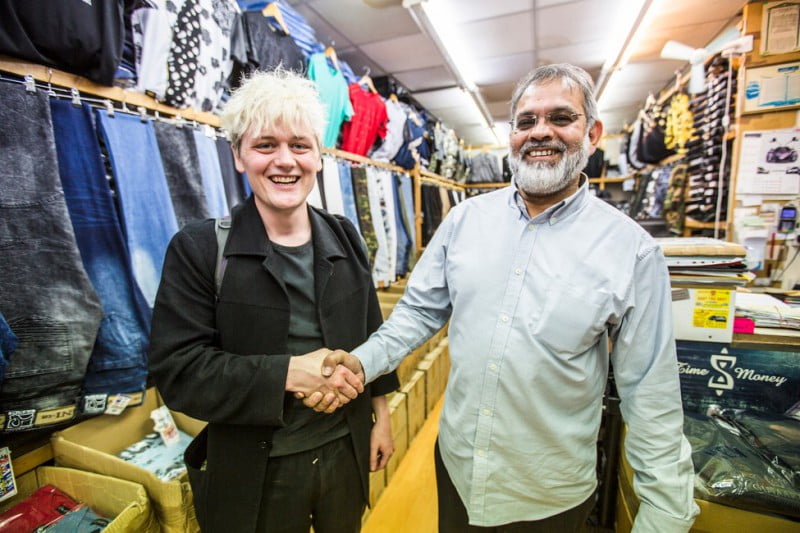 And there’s a happy ending for Adam too. Oobah shared his high-fashion Peviani content with Adam to be used for his brand. So don’t go calling triple 0 so quick for personality theft.