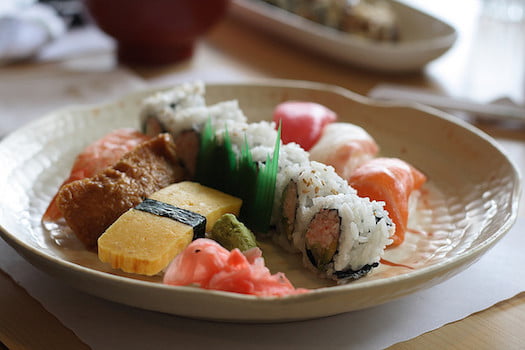 In a new video posted by VICE Magazine’s foodie website and digital video channel, Munchies, the chef sets us straight. The biggest revelation? Don’t use chopsticks!

The history of snacking on sushi harks back to it’s origins as a cheap fast food eaten barehanded while enjoying a theatre performance. The traditional method is to lift a piece of sushi between your thumb and middle finger.

Place the piece of sushi in your mouth, topside down, so that the fish is against your tongue. Asia travel expert, Greg Rodgers claims that this will “Allow your tongue to take in the complex flavours before gulping down the bite.”

You might be forgiven for using chopsticks, but lets face it, using your hands might actually make the process a lot less messy. 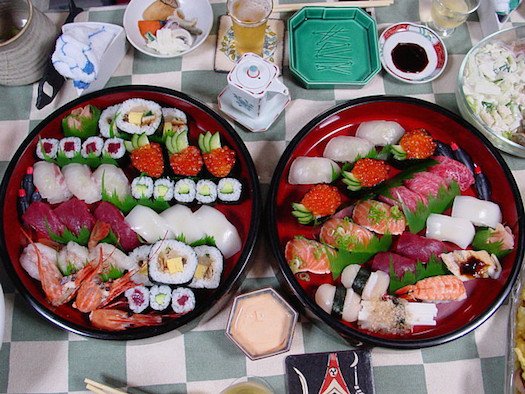 Next piece of advice? Before picking up your California Roll, don’t dunk it into soy sauce. Avoid leaving an amateur trail of rice in your dish of soy and lightly dip only the fish part of the roll. Rice is super absorbent, so you’ll ruin the texture and taste of the roll with too much salty soy.

Originally, sushi rice was never eaten. Sour rice was used to wrap the fish and enhance the flavour. But once the fermenting process was done, the rice was ditched. Today, Yasuda reveals that it’s the essential component;

“What’s important about sushi is the rice. The rice is the main ingredient. So people talk about the fish. But the fish, this is the second ingredient.”

In Australia you’d be fortunate to be served authentic wasabi with your sushi. Because of the expense, most restaurants serve a mixture of horseradish, mustard powder and green dye. You should probably avoid it anyway – it’s only when you’re eating sashimi (that’s a slice of raw fish with no rice) that wasabi is acceptable.

When the sushi’s all gone, cleanse your palate with one of those limitless sachets of pink pickled ginger. It should never be eaten in tandem with your sushi roll!

What do you think readers? Any sushi aficionados out there care to chime in?