A Cheese Sculpture of Beyoncé Exists And It’s Incredible

Beyoncé, not just a celebrity icon, but also a 20kg cheese sculpture.

Whether it’s a creamy Camembert, stinky blue, tangy cheddar or an oozy brie, one thing’s for certain – we love our cheese. It’s been dubbed in several studies to be as addictive as hard drugs and you know what, we can believe it. Another love both the young and young at heart hold particularly close to their hearts is pop icon Beyoncé aka Queen Bey. Why do we care to lump two seemingly unrelated adorations together you may ask? It’s due to their slightly ridiculous yet utterly amazing amalgamation in the form of one particular cheese sculpture.

Without further ado, we introduce Brie-oncé. Yes, you read correctly. Brie-oncé is a sculpture made completely of cheese. Despite the cheese pun, she’s in fact the product of 20kgs of hard cheddar, not a soft oozy brie which would have otherwise carried its own logistical challenges in the carving process, no doubt. 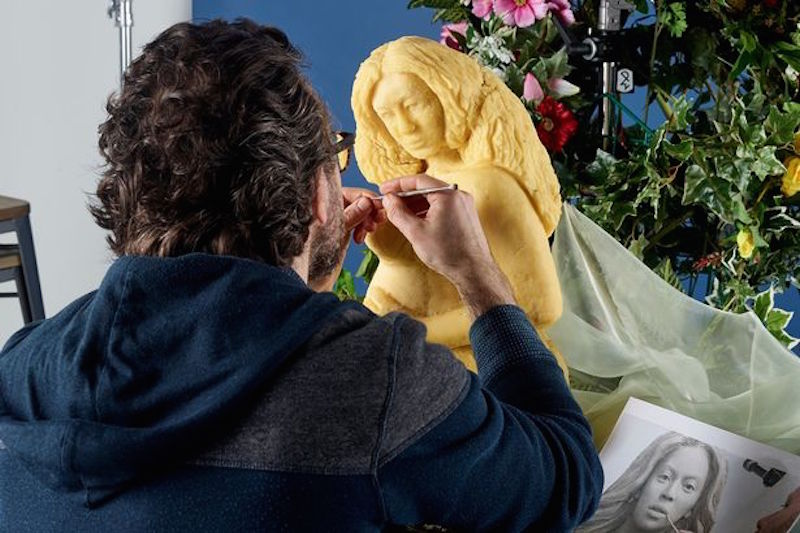 “A lot of cheese puns floated around, and Brie-oncé was the one everyone liked the most,” creative director Brandy Klingelpuss told CNN News.

“We talked about putting Babybel in the stomach, but it never actually happened,” Klingelpuss also joked.

Sculptor David Bradley worked with The Robin Collective, an ad agency out of London, to create the cheese sculpture. It captures the heavily pregnant and veiled Queen Bey, a picture that broke the internet back in February this year, garnering over 11 million likes on Instagram and worldwide broadcasting.

The creation came in the wake of the E20 Cheese Carving Championships in London back in April. The event at East Village’s Cheese and Wine Festival saw three specialist cheese sculptors, including David, go head-to-head to create the best cheesy artworks.

What do you think of this? We know it’s cheesy, put personally we think it’s grate.